The Kissing Booth 2 Is Hardly Perfect. But It Will Take You Back to the Rapture of First Love, If You Let It

If you’re a grown-up person with a job and responsibilities, you may be hearing some buzz about The Kissing Booth 2, even when you had no idea there was a Kissing Booth one. Those who keep a keen eye on the serious, adult-oriented movies and series produced by Netflix may have missed The Kissing Booth, an enormous hit for the streaming service in 2018. Adults weren’t the movie’s target audience, but the viewers for whom it was made knew where to find it: The film was based on a novel by teenage author Beth Reekles, which was first available on the social publishing site Wattpad. Reekles was 15 when she started the serialized story, which was so adored by readers that it landed her a book deal.

In Netflix’s The Kissing Booth, Joey King plays Los Angeles teenager Elle Evans, who shares a birthday with her best friend in the world, Lee Flynn (Joel Courtney)—their mothers were also best friends, although Elle’s mother has since died. Elle and Lee navigate their best-friendship by following a series of rules they’ve drawn up over the years. One of those rules is that neither shall date any of the other’s family members—a problem when Elle falls deeply in first love with Lee’s older brother, the ineffably hot, and hot-headed, girl magnet Noah (Jacob Elordi). The Kissing Booth ends with Noah, a year ahead of Elle in school, going off to Harvard. Will Elle and Noah’s recently cemented love survive not only long distance but—gulp!—college?

The Kissing Booth 2 picks up precisely where the first movie left off. Elle and Lee, now seniors, have repaired their frayed friendship, and with Noah far away at school, she and Lee are hanging out a lot. That causes problems with Lee’s sweet-spirited girlfriend, Rachel (Meganne Young), who’s left to feel like the proverbial third wheel. There’s also a new “snack” at school, dreamy Marco (Taylor Zakhar Perez), who prowls the halls with his bedroom eyes, a guitar strapped to his back in case some impromptu serenading might be in order. Will Marco tempt Elle away from Noah, who still professes to love her from the far-away ivy-covered halls of Cambridge, Mass.? Even though he has also, distressingly, become friends with a quasi-supermodel named Chloe (Maisie Richardson-Sellers)? And will Lee find out that Elle has secretly applied to schools in Boston, potentially shattering the duo’s long-held dream of attending UC Berkeley together?

Other questions to ponder: Is The Kissing Booth 2 a good movie? Yes and no. Is the acting adequate, if not necessarily good? Yes and no. Is it a wholly accurate depiction of young love in any era, past or present? Yes and no. The Kissing Booth 2—directed, as was the first installment, by Vince Marcello—is kind of terrible and kind of wonderful. If, as an older person (which you may very well be if you’re reading this), you come at it with hardcore objectivity, its unblinking innocence—its faith in first love, and in true-blue friendships—will seem facile.

But that’s exactly the point: These life bubbles feel so real, and so radical, when you’re inside them for the first time. If you’re a person of a certain age, the Kissing Booth movies—both of them—bring all of that back, particularly in their treatment of Noah, whose essential traits you will most certainly recognize from the Shangri-Las’ 1964 hit “Leader of the Pack.” Noah, as Elordi plays him, is the sullen, misunderstood hunk, a guy who drives the ladies wild with his pectorals and moody gaze, but who really just wants to be loved by the right girl. He can’t help getting into fistfights; his preferred mode of transportation is a motorcycle; his reputation as a womanizer makes Elle’s dad suspicious. But Elle believes in him almost unwaveringly. When the girl in the song—whose voice belongs to Shangri-Las lead singer Mary Weiss—sings, “They told me he was bad, but I knew he was sad,” she’s singing to and through Elle, from a time before Elle was born, from a time long before an enterprising 15-year-old started writing a book on a public online platform. Even women—or men—who have never succumbed to a Leader of the Pack understand his allure. If you’re outside of the target audience, should you watch The Kissing Booth 2? That depends on how much you want to be reminded of loving someone so much that you think you’ll be able to hang on forever and ever. Or at least though all of senior year. 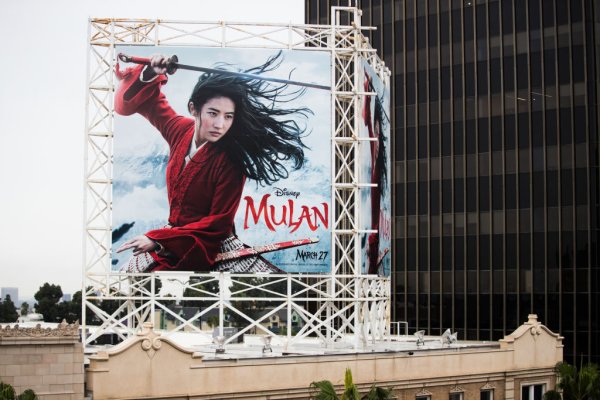