How Can 'Hundreds' Of Federal Officers Transform A City With 13,000 Police?

Even as a presidential candidate, Donald Trump declared he had a solution for the gun violence that has plagued Chicago communities for decades. In 2016, he claimed he met with the city’s police leadership and was told the vexing problem could be resolved in a single week.

“How? By being very much tougher than they are right now,” Trump told Fox News. “They’re right now not tough. I could tell you this very long and quite boring story. But when I was in Chicago, I got to meet a couple of very top police. I said, ‘How do you stop this? How do you stop this? If you were put in charge to a specific person, do you think you could stop it?’ He said, ‘Mr. Trump, I’d be able to stop it in one week.’ And I believed him 100 percent.”

Four years later, following multiple threats to intervene with overwhelming force, Trump is moving forward with his plan to “help drive down violent crime” in America’s third largest city. The strategy to stop violent crime in the city, he says, involves a “surge” of a few hundred officers from the FBI, U.S. Marshals Service, Bureau of Alcohol, Tobacco and Firearms, the Drug Enforcement Administration and the Department of Homeland Security. “Frankly, we have no choice,” he told reporters Wednesday at the White House.

It remains to be seen, however, how 200 or so federal officers from out-of-town can meaningfully augment Chicago’s police department of 13,000, the second largest force in the United States — regardless of whether it takes a week, a month or a year.

Chicago is currently in the midst of one of its deadliest years in recent memory with 414 homicides, according to the Chicago Tribune — a 51% increase over the same period last year. Compare that to New York City, for example, which had just 178 murders through June 30, despite having nearly three times the population.

Trump’s announcement is part of a broader recent push by his administration to deploy federal officers in U.S. cities as he seeks re-election as a “law-and-order” candidate. Federal officers sent to help protect federal property in Portland, Ore., have violently clashed with protestors in recent days. Holding semiautomatic weapons and wearing military-style camouflage uniforms without clearly visible insignia or nameplates, the officers have been filmed putting citizens into unmarked vans and using violence to disperse crowds.

The Chicago initiative is part of a separate federal response under the Department of Justice named Operation Legend after LeGend Taliferro, a 4-year-old boy shot and killed June 29 while he slept in his Kansas City home. The operation, which will be made up of so-called “anti-violent crime task forces,” is already being rolled out in Kansas City, Chicago, and Albuquerque with more cities on the horizon.

Unlike in Portland, Attorney General William Barr insisted the federal officers headed to Chicago will be engaged in “classic crime-fighting,” such as investigating gang activity, homicides as well as narcotics and gun trafficking. He also announced a $3.5 million grant for Chicago to help reimburse for overtime and other expenses local law enforcement incur in supporting the federal effort. Through a separate federal fund, Chicago also recently received $9.3 million to hire 75 new officers.

Previous partnerships with federal agencies to bring crime rates down have resulted in mixed outcomes on the city’s streets, says Ed Yohnka, spokesman for the ACLU of Illinois.

“There isn’t a neighborhood in Chicago or anywhere else in the world that doesn’t want good law enforcement to reduce violence,” he says. “The false pretense here is that we can inject a number of people from three-letter agencies and that’s going to fix all the problems. That kind of thinking has never really gotten anywhere and, in fact, has driven further wedges between the police and communities.”

Mayor Lori Lightfoot was also dubious as to how federal forces would help in Chicago, particularly after witnessing federal officers crack down on protesters in Portland.

A former federal prosecutor, Lightfoot condemned the paramilitary tactics and advised the federal officers deploying to Chicago in the coming days to plug into existing policing infrastructure. The incoming federal forces will work under the direction of U.S. Attorney John Lausch, whom Lightfoot has known for years. “The proof is going to be in the pudding,” she told reporters on Wednesday, after Trump’s announcement. “It’s too soon to say if this is a value add or not.”

Barr made a spurious claim Wednesday that federal officers had already made 200 arrests as part of Operation Legend after only two weeks of operating in Kansas City, but a report from the Kansas City Star found that claim “wasn’t even close to true.” Instead, the paper found one arrest and couldn’t verify any other.

Local and state officials have objected to the presence of federal law enforcement in their cities since Trump began painting Democrat-led cities as out of control following the protests sparked by the killing of George Floyd by police on May 25. The push-back intensified in recent weeks as the Trump Administration sent federal officers to Portland.

On Thursday, both the U.S. Justice Department and Department of Homeland Security offices of Inspector General (OIG) announced they would open investigations into the presence and actions of the forces in Portland. Oregon’s governor and attorney general have already accused the officers of escalating the situation and engaging in aggressive tactics. The situation came to a head on Wednesday night when Portland Mayor Ted Wheeler accused federal officers of an “egregious overreaction” and “engaging in urban warfare” after being caught in tear gas while protesting, according to videos posted on Twitter by The New York Times. 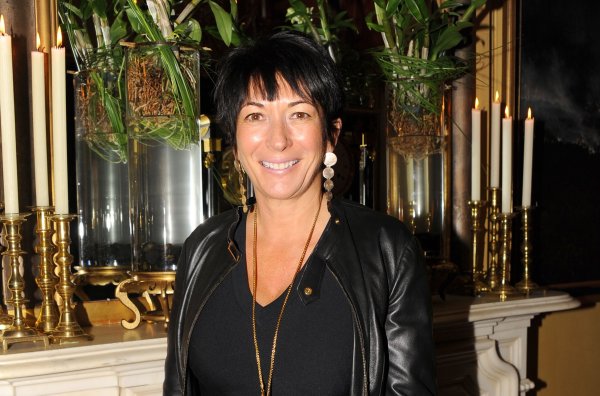 Ghislaine Maxwell’s Wealth Remains a Mystery
Next Up: Editor's Pick