Donoghue began working on this novel, about the 1918 flu, long before the coronavirus pandemic
By Eliana Dockterman

Emma Donoghue goes to dark places. Her most famous work, 2010’s Room, centered on a woman who had been kidnapped, raped and forced by her captor to raise her child in a one-room shed. Her 2014 novel Frog Music took place in 1870s San Francisco during a smallpox epidemic. Stressful premises like these make for page-turning books—every decision a protagonist makes in these circumstances is life-or-death.

Donoghue’s latest novel is both urgent and eerily prescient: The Pull of the Stars is set in a maternity ward in a Dublin hospital during the 1918 flu pandemic. The author submitted her manuscript to Little, Brown, in March, when the COVID-19 outbreak was starting to shut down European and U.S. cities; the publisher rushed the book to print.

The protagonist of The Pull of the Stars, a nurse named Julia, runs a temporary ward for pregnant women who have been infected. The hospital can barely spare a doctor—they’re all fighting in the Great War or sick with influenza themselves—so Julia must coach these women through harrowing deliveries with the help of a sole volunteer, an abused orphan named Bridie.

As she did in Room, Donoghue masterfully conjures a suffocating space, this time the glorified closet where Julia helps women give birth. The majority of the action takes place in the single room with a handful of women rotating in and out of its three beds. One heroic physician occasionally materializes: the real-life suffragette and activist Dr. Kathleen Lynn, who served as chief medical officer of the 1916 Easter Rising against the British and who would eventually win a seat in the Irish Parliament.

The timeliness of Donoghue’s premise proves more than a gimmick. Her analysis of how pandemics place an undue burden on women resonates in today’s crisis: women make up the majority of essential workers and health care workers fighting COVID-19 in the U.S., and working mothers are covering the lion’s share of childcare labor while schools are closed. As many wonder what the setbacks that have resulted from the pandemic may mean for women’s equality, Donoghue’s book recounts a frightening history we must not repeat.

In her depiction of 1918 Ireland, women are treated as little more than baby conveyors and unpaid childcare providers. Society perceives these women’s abilities to create life not as a choice but as a duty to church and state. “She doesn’t love him,” nurses grimly repeat, “unless she gives him twelve.”

On the rare occasions when male doctors do appear, away from the watchful eye of Dr. Lynn, their priorities lie with ensuring their patients’ abilities to bear more children, often at the expense of the health of women. The sickening prospect of a doctor sawing through a patient’s pubic bones during a delivery hangs over each woman who enters the ward. (Donoghue clearly reveled in her research on early 20th century medicine. This novel is not for the squeamish.)

Donoghue emphasizes parallels between the women suffering in hospitals and their husbands and brothers suffering in the trenches. An orderly dismisses the idea of women’s right to vote: “Don’t pay the blood tax, though, do you? Not like we fellows do. Ought you really get a say in the affairs of the United Kingdom unless you’re prepared to lay down your lives for the king?” Julia shoots back, “Look around you … This is where every nation draws its first breath. Women have been paying the blood tax since time began.”

The characters themselves in The Pull of the Stars are thinner than those in some of Donoghue’s past books, but the nonstop action of the maternity ward is so compelling that it hardly matters. She omits quotation marks from dialogue so that spoken words drift in between thoughts. As a result, the entire narrative feels like a flu—induced dream—a prophetic one we should all heed, lest we slip back in time. 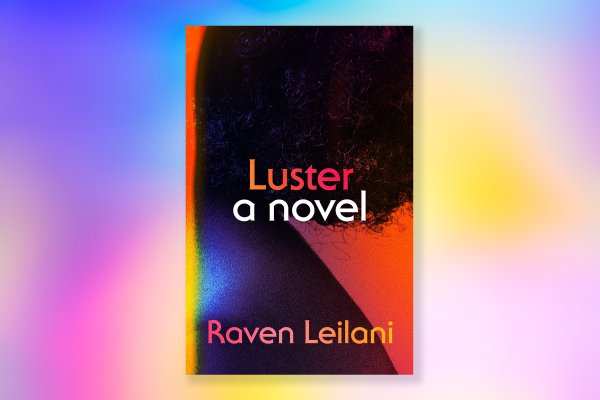 The Third Wheel in an Open Marriage
Next Up: Editor's Pick