On Tuesday, Planned Parenthood of Greater New York announced that it would be removing the name of Margaret Sanger, the organization’s founder, from the group’s Manhattan clinic. The name removal is part of the organization’s “public commitment to reckon with its founder’s harmful connections to the eugenics movement,” according to a press release. Planned Parenthood will also work with the City Council and community members to strip nearby Margaret Sanger Square of that name—a designation they had initially pushed for.

“Planned Parenthood, like many other organizations that have existed for a century or more, is reckoning with our history, and working to address historical inequities to better serve patients and our mission,” Melanie Roussell Newman, Senior Vice President of Communications and Culture for Planned Parenthood Federation of America, said in a statement. Newman also said that the national organization supports the New York chapter’s decision to remove the name.

The announcement comes after a number of organizations, fueled by the momentum of the Black Lives Matter movement, have shared plans to change their names or have otherwise been pushed to reckon with the historical figures to whom their legacies are tied. In June, Monmouth University decided to drop President Woodrow Wilson’s name from a campus building because of his segregationist policies, and Princeton University also voted to remove the President’s name from its school of public and international affairs. Stereotypical and racist logos and brand names, as in the case of Washington, D.C.’s NFL team and the syrup and pancake mix brand Aunt Jemima, which have been subject to backlash for years, are also being changed in this moment.

Sanger, who devoted her life to legalizing and increasing access to contraception, coined the term “birth control” in 1914. After being arrested for opening the nation’s first birth control clinic in 1916, she founded the American Birth Control League, the predecessor to Planned Parenthood, just four years later. But during her crusade, Sanger also aligned herself with the then-popular eugenics movement, which supported attempting to “improve” human populations by controlling reproduction. In the years before the Holocaust made it impossible to ignore where that notion could lead, ideas from eugenics were often wielded in the service of white supremacy and other forms of discrimination.

In praise of Germany’s sterilization program in 1934, Sanger wrote, “I admire the courage of a government that takes a stand on sterilization of the unfit and second, my admiration is subject to the interpretation of the word ‘unfit.’ If by ‘unfit’ is meant the physical or mental defects of a human being, that is an admirable gesture, but if ‘unfit’ refers to races or religions, then that is another matter, which I frankly deplore.”

Some have postulated that Sanger’s ties with eugenicists could have been forged out of desperation to popularize birth control, but historians nevertheless agree that Sanger’s legacy is complicated—and that it has, at times, been misused.

Linda Gordon, a historian and University Professor of the Humanities at New York University, first revealed Sanger’s collaboration with eugenicists in her 1976 book Woman’s Body, Woman’s Right. Gordon has strongly criticized Sanger’s ties with the eugenics movement, but she adds that it’s important to note the historical context.

“In the 1920s, eugenics was almost universally considered good science, accepted by people of the Left as of the Right—including by some Black leaders—and taught in most biology textbooks,” Gordon tells TIME. “Sanger was opportunistic in accepting support from eugenics, but I think it is a mistake to put her in the same category as defenders of slavery and segregation, and I support getting rid of attaching any form of honor to those people.”

Some have also argued that Planned Parenthood and Sanger placed clinics in primarily Black neighborhoods as part of an effort to control Black populations. Esther Katz, director of The Margaret Sanger Papers Project, says that this is untrue and that Sanger “wanted all women to have access to birth control.”

Sanger’s connection to the eugenics movement has also been used by the anti-abortion movement and right-wing politicians to argue for the defunding of Planned Parenthood. “There is no ambiguity in what Margaret Sanger’s bust represents: hatred, racism and the destruction of unborn life,” Senator Ted Cruz said in 2015, opposing a display of Sanger’s bust in the Smithsonian’s National Portrait Gallery “Struggle for Justice” exhibit. “Not only should we continue efforts to redirect funds from Planned Parenthood, an organization founded by Sanger that is currently under criminal investigation, we must also work to ensure that her inhumane life’s work is in no way promoted.”

On the other side of the issue, that perspective is often seen as an exploitation of the history. “Anti-choicers wield misattributed and often outright false quotes about Sanger as weapons to shame Black women for exercising their right to choose, and even more nonsensically, to shame them for supporting Planned Parenthood,” wrote Imani Gandy in a 2015 essay for Rewire.News.

To the Sanger Papers Project’s Katz, who finds the decision to remove the activist’s name from the Manhattan clinic “problematic,” this latest step in the debate over Sanger’s legacy is just one more reminder that historical figures like Sanger are complicated. “Taking her name off this center,” Katz believes, “kind of courts the misstatements, misquotes, misapprehensions we continue to see about Margaret Sanger.”

For Planned Parenthood of Greater New York, however, it’s clear that even a complicated past can be seen as an impediment to a more desirable future. This shift, said the group’s Board Chair, Karen Seltzer, is a “step toward representing who we are as an organization.”

An official replacement name for the New York City clinic has not been announced. 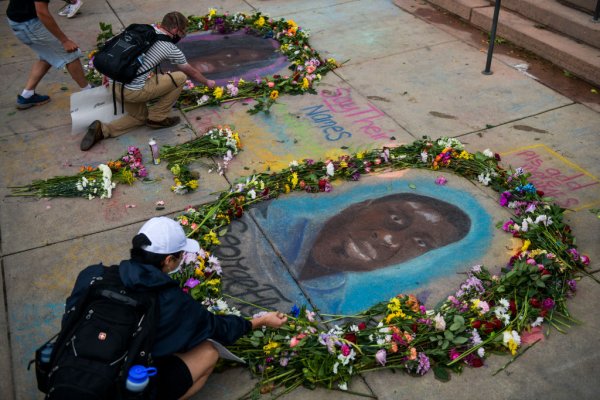