Sydney Durbin, 21, was pretty sure she only had strep throat. But the last thing she wanted was to accidentally spread COVID-19 around her community in St. Joseph, Mo., so she decided to get tested for the virus just in case. Her doctor’s office couldn’t do it, so she found a COVID-19 testing site that promised results three to five days after she was tested on June 30.

Instead, Durbin spent the next two weeks quarantined alone in her apartment, on unpaid leave from her job as a clothing store manager, awaiting delayed results that finally came back negative on July 13.

“It definitely felt like a waste of two weeks,” Durbin says. “It was a very, very disheartening experience. How many people are out there that aren’t lucky enough to drop everything and not go to work?”

Durbin’s question is a good—if sobering—one, since her experience is far from unique. People across the country are reporting lags of at least a week, and sometimes much longer, while awaiting their COVID-19 test results. Others, facing hours-long waits at overwhelmed testing centers, can’t get swabbed at all. Testing centers in California, Texas and other areas have had to close due to surging demand.

That’s a problem for both individuals and public health.

“It really impacts how we can give information about what’s happening with the epidemic,” says Dr. Trish Perl, chief of infectious diseases at the University of Texas Southwestern Medical Center. “It can really impact a lot of decision-making. You get trends a little bit slower, your models are not quite as accurate.” Without up-to-date information, states may not be equipped to make decisions about reopening (or re-implementing restrictions), and hospitals may not be able to plan ahead.

Testing delays also make it difficult for public-health officials to tailor their responses to the right people: those who are infectious, and people to whom they may have passed the virus.

“If you don’t know what you’re dealing with, where these people are, you can’t take the appropriate action of being very methodological and focused,” says Dr. Mark Kortepeter, a professor of epidemiology at the University of Nebraska Medical Center. “Otherwise, you have to [use] what I call a blunt instrument: mass quarantine, shutting everything down.”

In an ideal world, Perl says, outpatient test results would come back within 24 hours. (Hospitals making decisions about who to admit and how to treat very sick patients need information in closer to an hour, she says.) Health officials could then direct the sick person to self-isolate and work to find people they may have infected. Those people could then also get tested, and so on.

Health officials lose valuable time with each day they await test results. Infected people may not know they’ve been exposed and unwittingly spread the virus to others, who go on to spread it to still more people. And the longer a sick person is forced to wait for test results, the higher the likelihood they’ll take liberties with self-isolation. “A lot of these people are still out and about when they potentially shouldn’t be,” Perl says.

For people like Durbin, who follow directions to isolate but turn out not to have the virus, a delay can mean weeks of lost wages during an already financially difficult time; for those who do test positive, a two-week-old result can bring more questions than answers about whether they’re still infectious. And for anyone going through a nerve-wracking wait for test results, a long pause can bring excessive stress, anxiety and confusion.

Given the importance of rapid testing, why is the U.S. falling behind?

“Fundamentally, it’s simple supply and demand right now,” Kortepeter says. Officials are scrambling to fill gaps at nearly every level of the supply chain, from the swabs and chemical reagents used to conduct tests to the machines that process them and the people who run those machines. Perl adds that the U.S. testing system is quite complex, with results coming in from hospitals, public testing sites and commercial labs—all of which have their own supply challenges.

Innovative solutions like pooled testing—whereby several samples are tested at once to conserve reagents and manpower—could offer some relief, but Kortepeter fears it’s too late for that. Pooled testing works best when there’s not much disease in the population, he says. If a batch comes back positive, testers have to go back and analyze each sample individually to figure out who is infected. In hotspots where as many as 20% of tests are coming back positive, pooled testing is likely only to duplicate efforts, in Kortepeter’s view.

The better solution, he says, is straightforward in theory, though challenging in practice: conducting a detailed analysis of the system to better direct supplies and amp up production. “Certainly we have the manufacturing capacity to do this,” Kortepeter says, “it’s just a matter of, how do we turn that on” after decades of outsourcing most medical manufacturing.

The problem demands a systemic overhaul, but individuals and businesses can do their (small) part by not “testing for testing’s sake,” Kortepeter says. Anyone with symptoms, possible exposure to a sick person or contact with vulnerable populations should get tested, but “the worried well” who want tests just for reassurance probably can go without, especially in areas with limited supply, he says.

And, difficult though it is, people who believe they may be sick must try to self-isolate, even if they’re not able to get a test right away, Perl says. 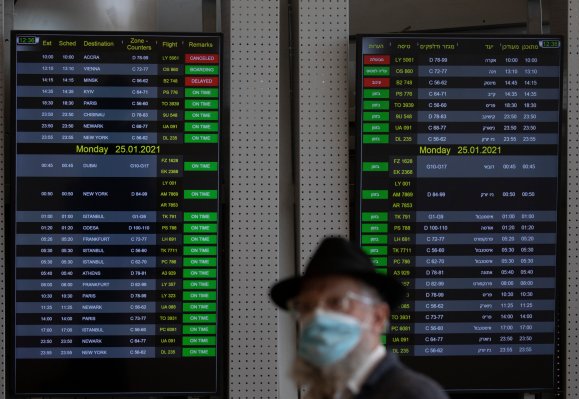