By Chris Wilson and Tara Law

Almost since COVID-19 was first recognized by public health experts, teams like that at Johns Hopkins University have done heroic work to gather and harmonize information from dozens of sources every day in order to make sense of the pandemic’s spread. Despite their best efforts, these numbers were not a certainty, especially as reliable tests for the virus in the early days were limited in many places due to slow and error-plagued rollouts.

That led many to speculate that the actual number of infections was much higher than it seemed on paper; early research suggested (and has since been largely confirmed) that the virus could infect a person and then move on to another carrier while causing only mild symptoms—and in some cases, none at all. These asymptomatic people were, especially in the first few months, unlikely to ever get tested.

Fast-forward to the present, and the U.S. public still feels uncertain about whether reported case and fatality rates are accurate. However, today, these uncertainties are driven primarily by obfuscation—purposeful or accidental—by politicians as they attempt to justify the U.S.’s failure to reduce COVID-19 rates over the past few weeks.

Testing is much more widely available today than it was a month ago, as are data on the number of tests administered (the latter thanks to the COVID Tracking Project). At the same time, many states are reporting a surge in new infections, sometimes reversing previously encouraging downward trends. The White House has suggested that this these new spikes in daily case rates are due entirely to more testing—which inevitably captures more cases. But many public health experts disagree, arguing that this is actually a sign of an organic second wave hitting the U.S.

More testing does, in fact, turn up more cases. However, if widespread testing was the entire reason for the rise in cases, you’d expect the share of positive tests to go down, or, at the very least, remain steady. Instead, that figure is rising in a number of states. Nowhere is this more apparent than in Arizona, Texas and Florida, where you can see a clear uptick in the percentage of tests that come back positive, even as the total number of tests grows:

“I think it’s a true increase in the number of cases. It’s not just attributable to testing. If it was just due to the testing, we wouldn’t see the rates that we see. And the rates are indicative of the relaxation,” says Murray Côté, an associate professor of health policy and management at Texas A&M. Côté says that their models he’s seen suggest the pandemic is unlikely to slow down until late in the summer—unless more Texans alter their behavior to curb the virus’ spread.

In Arizona, there are two major reasons the increase in daily new cases shouldn’t be attributed to increased testing, says Dr. Joe Gerald, the director of public health policy and management at the University of Arizona Mel & Enid Zuckerman College of Public Health. For one, the uptick appears to have started 10 to 14 days after the end of the state’s stay-at-home order—and 14 days is the timeframe in which health experts agree that COVID-19 symptoms typically appear. That’s a pretty good sign that the uptick is connected to the state’s initial attempts at re-opening. Second, hospital admissions are rising along with the overall positive-case numbers, says Gerald. In theory, if tests were merely catching more people with less severe COVID-19 symptoms (who previously would have been missed when tests were only available for severe cases), then hospital admissions should have been declining, or at least remaining steady. That’s not the case, however.

As for Florida, the surge in cases there precisely mirrors the rise in the percentage of positive cases, meaning that, even as the total volume of testing increases, the population of those infected is rising as well—an unambiguous sign that the virus is spreading more rapidly than it was in past week. Increased testing in the state may explain some of the rise in cases, but it cannot fully account for the number of tests coming back positive, says Dr. Aileen M. Marty, a professor at Florida International University who has served as an infectious disease advisor on the local, national and international levels.

Marty says that she’s been troubled that many people in her state don’t seem to be taking social distancing seriously despite the rising number of cases. “We see people who don’t want to wear masks, don’t want to social distance, have a false sense that the pandemic is over, when in truth the numbers are only going up,” says Marty.

For Gerald, there’s one big takeaway from the rising number of cases: “I don’t think there’s any reason to believe that if we do nothing, it’s just going to go away. I don’t think we can bury our heads in the sand and pretend it’s not there, and we’ll wake up magically and it will be gone,” he says. “If we continue our policies as they are today, I only see conditions worsening.” 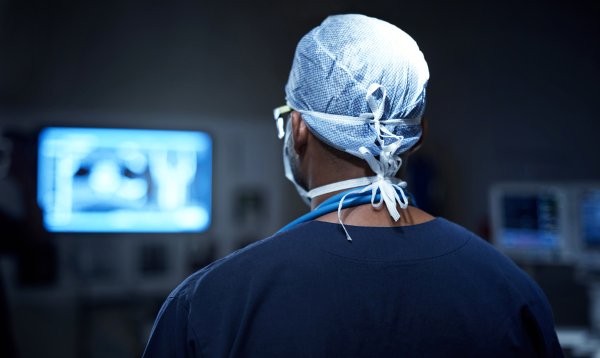