'I Have to See.' President Trump Refuses to Say If He Will Accept the 2020 Election Results

President Donald Trump speaks to reporters on the South Lawn of the White House on July 15, 2020 in Washington, DC.
Drew Angerer/Getty Images
By Sanya Mansoor

President Donald Trump refused to give a clear answer on whether he would accept this year’s presidential election results in an exclusive wide-ranging interview with Fox News, which aired Sunday.

Fox News Sunday host Chris Wallace pressed Trump to “give a direct answer” on whether he would accept the Nov. 3 election results or not.

Wallace referenced that he had asked Trump a similar question during a 2016 presidential debate in which Trump had faced off against Democratic nominee Hillary Clinton. Wallace had asked then whether Trump was prepared to concede to the winner, if he didn’t win. “I will tell you at the time. I’ll keep you in suspense,” Trump had said in 2016.

Election experts say Trump’s critiques of mail-in voting as a pathway to voter fraud are largely unsubstantiated. Instead, they say mail-in voting is expected to improve voter turnout on the whole and there is little evidence that it will have a partisan effect by benefitting one party over the other. Democrats are rallying behind increased access to voting, including mail-in voting, as the coronavirus pandemic has led some citizens to risk their health in order to vote in-person. Some Republicans have voiced support for mail-in voting as well. 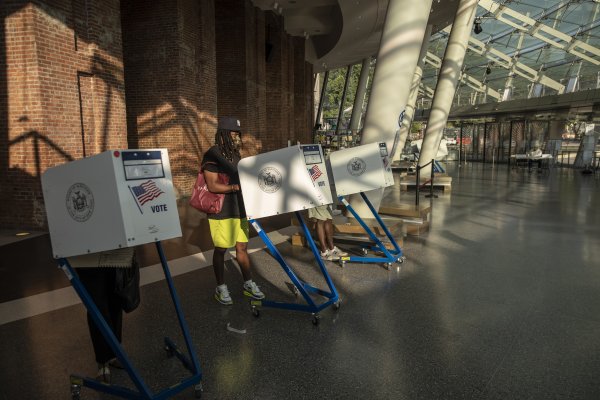 What Young Black Voters Think About the 2020 Elections
Next Up: Editor's Pick