Donald Trump Is Waging War on Vote-By-Mail. The Facts Don't Support It

Ballots are stored at the Franklin County Board of Elections on April 28 in Columbus, Ohio on the final day of the the Primary Election. The election which was postponed on March 17, is almost exclusively mail in or absentee. The only residents allowed to vote in person are those who are disabled, have no permanent residence, or who requested a ballot by mail but never received it.
Matthew Hatcher—Getty Images
By Lissandra Villa

She was sitting in her basement office eating breakfast May 20 when her staff called to inform her that Donald Trump had called Benson a “rogue Secretary of State,” accusing her of mailing ballots to Michigan voters (in fact, they were ballot applications) and suggesting (incorrectly) that vote by mail would lead to fraud. Oh, and he threatened to withhold funding from Michigan over the issue. (It’s unclear what funding he was referring to; the White House did not respond to a request for comment.)

What stood out about the episode to Benson, a Democrat, wasn’t just how Trump had addressed her, the factual inaccuracies, or the threat tucked into his tweet. It was that she was hardly the only Secretary of State to take a step like this. States like Iowa, Georgia, Nebraska, and West Virginia—which Trump won in 2016, and which have Republican Secretaries of State—have taken similar actions in sending out applications for absentee ballots in the midst of the coronavirus pandemic, at least for their primaries.

“This is nothing other than me doing my job. And it’s the same policy, vote by mail, that voters on both sides of the aisle embrace,” Benson says. “To me it was just disingenuous that while you have Republican colleagues of mine doing the same thing, that I get singled out, in part I’m sure because I’m a Democrat. I’m sure it’s relevant that Michigan’s playing an important, prominent role in this year’s election. It helps feed into a national narrative that there are shenanigans happening in states that are critical to the election. A false narrative.”

Before the pandemic, five states (Washington, Utah, Hawaii, Oregon and Colorado) conducted all-mail elections, and three (California, North Dakota, and Nebraska, the latter with some exceptions) gave counties the ability to determine their rules, according to the National Conference of State Legislatures. Twenty-nine states plus Washington, D.C. have no-excuse absentee voting, which means voters do not need to provide a reason to request an absentee ballot.

But with the prospect of the coronavirus disrupting elections looming, others have moved to make vote-by-mail more easily accessible, with some taking action for primaries and others for the general election. Three states (Michigan, New Hampshire and California) have made changes to enhance vote-by-mail availability in November. Michigan announced it will send out absentee ballot applications for the general election. New Hampshire, which typically is not a no-excuse absentee voting state, decided to allow absentee voting in November if the pandemic is still a factor, a decision announced by the state’s Republican governor. And California will distribute vote-by-mail ballots to all of its registered voters.

In recent weeks, Trump has seized on these changes, turning a process designed to safeguard voters’ health and ballot access into a political wedge, arguing falsely that it will lead to widespread voter fraud and creating fear among election experts that the President is undermining the legitimacy of the contest. The irony in this goes beyond the fact that Trump often votes by mail himself. There is little evidence, experts say, that either party benefits politically from allowing citizens to vote by mail, while places that use it see increased voter turnout overall. And it’s not just Democrats pushing the idea: Republican Secretaries of State and other executives in red states have also employed it.

“It’s kind of a mystery why he’s picked this particular fight to have at this particular time with a pandemic raging and a very tight election,” Steel adds. “If I were the President, I would be encouraging the Republican Party nationally and across the country to invest in the infrastructure to make sure that we can vote by mail successfully.”

You don’t need to reach back very far to find an example of vote-by-mail helping Republicans. The May special election in California’s 25th congressional district was mostly conducted by mail. Democratic Governor Gavin Newsom had ballots and prepaid postage-return envelopes sent to every registered voter. An analysis by Political Data Inc., a voter data firm, showed that of the approximately 425,000 ballots sent to all voters, 34% were mailed back in. Though more ballots went out to Democrats, Republicans returned them at a higher rate. The seat, previously held by a Democrat, was won by the Republican candidate, Mike Garcia.

Which isn’t to say vote-by-mail favors Republicans, either. A study published earlier this spring by Stanford University examined counties in a handful of states that implemented vote-by-mail programs and concluded vote by mail “does not appear to increase either party’s vote share.” The researchers noted it’s difficult to extrapolate their findings to wider use during a pandemic. But generally, “vote by mail doesn’t overwhelmingly advantage one party over the other,” says Daniel Thompson, a PhD candidate at Stanford and the paper’s lead author.

In Michigan’s May 5 county and municipal elections, turnout was double past May contests, coming in at 25% of eligible voters, with 99% of those who cast a ballot doing so by mail. Vote-by-mail was equally popular in Republican and Democratic communties, Benson said. “The ability to vote by mail actually significantly increased turnout across the board.”

Despite this, many of Trump’s allies have followed suit in attacking the process. The Republican National Committee, the National Republican Campaign Committee, and the California GOP this week filed a lawsuit against Newsom and Secretary of State Alex Padilla over expanding vote-by-mail in California, arguing it would invite “fraud, coercion, theft, and otherwise illegitimate voting.” Lawsuits over voting rights are playing out in several states, including Texas, where Democrats also sought to expand vote by mail.

Sam Reed, an advocate for vote-by-mail who served from 2001 to 2013 as a Republican Secretary of State in Washington, says suggesting that vote by mail will lead to voter fraud “is totally incorrect.” He pointed to checks in place to avoid it, like election staff taking training from the state police on how to verify signatures. “We have really tight systems,” Reed says.

Yet Trump has a history of pushing false narratives about voter fraud. He has long propagated conspiracy theories of widespread voter fraud despite the fact that studies have found it to be rare. A voter fraud commission the President put in place was disbanded by January 2018 with nothing to show for it.

The President’s tweets on voter fraud even led to Twitter attempting to fact check him for the first time on Tuesday. In response to a tweet claiming in part that “Mail boxes will be robbed, ballots will be forged & even illegally printed out & fraudulently signed,” the social media platform added a label directing users to “Get the facts about mail-in ballots.”

Asked on Thursday by TIME whether the President’s comments on vote-by-mail were an effort to lay groundwork to cast doubt on November election results, White House Press Secretary Kayleigh McEnany responded: “No, he’s certainly not doing that.”

With reporting by Brian Bennett. 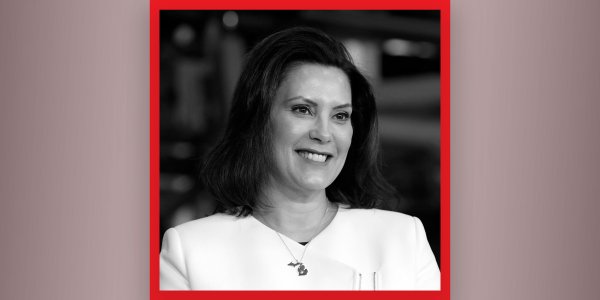