The daughter of one extremely rich man and the longtime confidante of another, Ghislaine Maxwell has always enjoyed proximity to wealth. But how much money she has herself is a mystery.

Maxwell, who has pleaded not guilty to charges she recruited girls for sexual abuse by Jeffrey Epstein, is spending the next year in jail in part because her “opaque” finances led the judge overseeing the case to conclude she was an extraordinary flight risk.

“At a basic level, the defense argument is that she cannot remember off the top of her head just how many millions of dollars she has,” Assistant U.S. Attorney Alison Moe said at Maxwell’s bail hearing on Tuesday. The prosecutor said Maxwell’s claims to have less than $1 million in the bank and no monthly income was “implausible.”

Evidence of great wealth on Maxwell’s part, especially if the money came from Epstein, could bolster prosecutors’ depiction of her as fully complicit in his crimes. Her lawyers have so far suggested Maxwell, 58, is less wealthy than many believe and sought to distance her from Epstein’s private-jet and private-island lifestyle.

Epstein, who died in jail last August in an apparent suicide after being arrested on sex-trafficking charges, left an estate estimated to be worth around $630 million.

Read more: The Jeffrey Epstein Investigation Continues After His Death. Here’s Who Else Could Be Investigated

At the bail hearing, prosecutors said they’d identified more than 15 different bank accounts associated with Maxwell from 2016 to the present with balances ranging from hundreds of thousands of dollars to more than $20 million. She sold a Manhattan townhouse for $15 million in 2016 and still has one in London that she offered as a bail guarantee.

It’s also unclear whether Maxwell has access to funds from an unidentified spouse mentioned by prosecutors Tuesday. She previously toured the secluded New Hampshire estate where she was arrested July 2 with a man who said he was her husband. According to prosecutors, the property was actually purchased by Maxwell for $1 million in cash using a limited liability company. After she was arrested, she told authorities she didn’t know the name of the company that owned the house and that she merely had permission to stay there.

Jordan Waxman, managing partner of New York wealth management firm Nucleus Advisors, said $20 million seemed a low amount for someone using offshore accounts. It was possible that was just the tip of the iceberg, he said.

“I would venture to say 20 is probably what they found so far and that the net worth would be substantially more,” said Waxman. “The other thing is Jeffrey Epstein allegedly was worth $570-or-so million. What was she doing as his No. 2 and only with $20 million?”

Of course, Epstein’s operation was far from a typical money management business. He made a good part of his fortune advising lingerie titan Les Wexner on his money, real estate and other billionaire problems until the two cut ties in 2007. Epstein invested in hedge funds and advised other super-wealthy people, including Leon Black, on tax and philanthropy.

There are no indications that Ghislaine directly helped Epstein with financial matters. Instead, Maxwell, who grew up in British high society and graduated from Oxford University, introduced Epstein to the global elite, including politicians and royalty.

After arriving in New York in the wake of her father’s death and ensuing scandal, she grew tight with Epstein in the 1990s. They were initially romantically involved, but remained close, and Epstein called Maxwell his “best friend” in a 2003 Vanity Fair article. A trained helicopter pilot, she even transported him to his private island.

At the hearing, Maxwell’s lawyer Cohen pushed back at the government’s claims about his client’s wealth, particularly allegations that she was “associated” with 15 accounts.

“No detail, no explanation to the court, just more dirt,” Cohen said. “Well, she has three bank accounts that she disclosed.” He said it was possible there were other accounts related to a now-defunct non-profit that Maxwell formerly ran that they were willing to track down if the court deemed it important.

Cohen also said proceeds from Maxwell’s Manhattan townhouse sale have already been depleted due to various liabilities and expenses, including “extensive, substantial litigation.” Maxwell in 2017 settled for undisclosed terms a defamation suit by Epstein victim Virginia Guiffre and is now paying four lawyers to defend her against criminal charges.

In March, Maxwell sued Epstein’s estate to cover her legal costs, claiming he had always pledged to provide her with financial assistance.

A major question hanging over Maxwell is whether she inherited considerable wealth from her father, British publishing tycoon Robert Maxwell. Once ranked among the world’s richest men, Maxwell died in 1991 as his media empire, which once included the New York Daily News, was crumbling and he began to default on massive loans. After his death, hundreds of millions of pounds were found to have been diverted from his companies’ pension funds.

Though it’s often been assumed that Ghislaine Maxwell was left penniless by the scandals that engulfed her father’s company and led her older brother to declare the largest personal bankruptcy in U.K. history, federal prosecutors in New York raised the possibility that she still had substantial family money at her disposal.

“It is very unclear whether the defendant is receiving proceeds from trust accounts or an inheritance or means of other kinds,” prosecutor Moe said at Tuesday’s hearing. She said the government was aware of a Swiss trust benefiting Maxwell that held over $4 million last month and in which a relative served as trustee.

Cohen countered that Maxwell disclosed her Swiss account in a filing with the Internal Revenue Service and said one of the fund transfers was due to the maturation of a $500,000 bond.

Harvey Bezozi, an accountant and financial adviser in Greenwich, Connecticut, said it would make sense for Robert Maxwell to try to protect some wealth for his family. “I would imagine that the family inheritance or trust was constructed by a highly competent estate tax attorney,” he said.

Much of Ghislaine Maxwell’s offshore wealth may remain elusive to U.S. authorities, said Waxman. “It could be an elaborate shell game — where the peanut’s underneath the shell and it keeps moving around and there are more and more shells.” 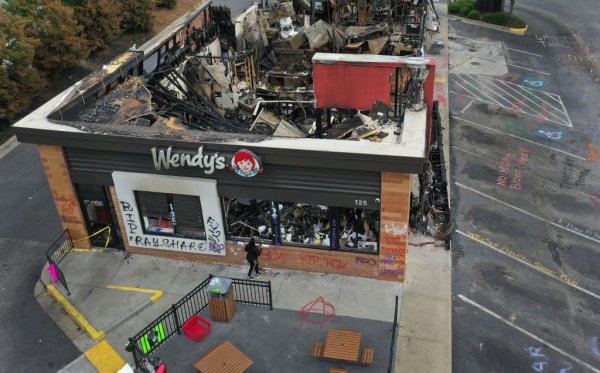 Teen Arrested Over Murder of Secoriea Turner
Next Up: Editor's Pick