Want to Reform the Criminal Justice System? Focus on Prosecutors

Philadelphia District Attorney Larry Krasner takes a knee in honor of the memory of George Floyd on June 4, 2020, in Philadelphia.
Jessica Griffin—The Philadelphia Inquirer/AP
Ideas
By Joyce White Vance
Vance is distinguished professor of the practice of law at the University of Alabama, a former U.S. Attorney for the Northern District of Alabama and an NBC News and MSNBC legal analyst.

As the nation’s attention is focused on the need to transform policing, prosecutors must acknowledge that they too have a role to play. We have already seen the beginnings of a movement for prosecutorial reform across the country. During the Obama Administration, federal prosecutors adopted “Smart on Crime” policies designed to reject the tough-on-crime narrative and to make individualized assessments in cases instead of reflexively bringing the most serious readily provable charges in all cases. But much of the effort to reform has come at the state level, where voters have elected pro-reform district attorneys like former criminal defense lawyer Larry Krasner in Philadelphia and former deputy public defender Chesa Boudin in San Francisco.

Prosecutors determine which cases get prosecuted. If they refuse, as they should, to accept cases where police conduct falls below constitutional standards, police departments will have to conduct themselves accordingly if they want to see their cases prosecuted. Prosecutors also have a unique ability to redress old wrongs while setting standards for future conduct of investigations by police.

In Birmingham, Alabama’s Jefferson County, Toforest Johnson was convicted in 1998 and sentenced to die for the 1995 shooting of an off-duty sheriff’s deputy providing security for a hotel. The only evidence against him was the testimony of a woman Johnson had never met who claimed she heard him confess on a jailhouse phone call. It was later discovered she was paid a $5,000 reward for her testimony, but she testified at a 2001 hearing that she was unaware of it when she testified at trial. No physical evidence or eyewitness testimony connected Johnson to the murder, and the now-47-year-old Johnson has maintained his innocence since arrest.

The court ruled against Johnson when he appealed his conviction. But in 2018, a new prosecutor, Danny Carr, was elected in Jefferson County. Less than two years after his election, Carr filed a motion supporting a new trial for Johnson, who has now spent almost 25 years on Death Row. Carr took no position on Johnson’s guilt or innocence but noted: “A prosecutor’s duty is not merely to secure convictions, but to seek justice.” His motion laid out multiple concerns that were sufficient to make the process that led to Johnson’s conviction and sentence troubling.

It’s important to note that the prosecutor’s intervention does not necessarily mean exoneration for Johnson. But calling for a new trial along with the defense not only creates an additional mechanism for review of this conviction, it sets a standard for the conduct of future prosecutions. A willingness to review old cases puts prosecutors and police on notice that they must have sufficient, admissible evidence of guilt before taking a case and insist on fair process. And while Carr could be considered brave to take this action—he will undoubtedly by criticized as soft on crime in some corners–it is undeniably right to reassess a capital conviction when the prosecutor who reviews the evidence and course of proceedings is left with concerns about whether justice was done.

The larger lesson from the Birmingham case is that prosecutors, who work hand in hand with law enforcement, must be unambiguously committed to using constitutional standards to evaluate that work. They are charged with ensuring that the system functions in a way that protects the rights of all — victims, communities and defendants. Prosecutors, as the saying goes, are doing their jobs right if they manage to anger both their friends and their enemies. The job isn’t about currying favor. As our country works its way through a deeply challenging time, prosecutors can reject cases where there are serious concerns about police misconduct or inadequate investigation. There are consequences if they remain silent.

Many district attorneys are already using their broad discretion to institute much-needed reforms that strive toward a more just and accountable system. In Philadelphia, Krasner—who sued the Philadelphia Police Department 75 times during his earlier career as a civil rights attorney—has used his prosecutorial power to seek lower sentences, charge conduct as less serious crimes with lower sentences, institute a ban on marijuana-possession charges and eliminate cash bail for most misdemeanors and nonviolent felonies. In June, he created a task force to investigate the more than 2,000 arrests by Philadelphia police during protests. Similarly in San Francisco, Boudin instituted a new policy refusing to charge or prosecute cases that are based solely on the testimony of police officers who have a record that includes serious allegations of misconduct. Meanwhile, Kansas City’s DA Mark Dupree recently asked for funding to investigate allegations of police abuse.

The Birmingham DA’s decision to seek a new trial in an old case was based on its exceptional facts. But this willingness to make justice, not numbers of prosecutions, an office’s lodestar should be the norm not the exception. Capital convictions, like that of Anthony Ray Hinton, who spent nearly 30 years on Alabama’s Death Row before his lawyer Bryan Stevenson obtained his exoneration in 2015 and whose case was the subject of the movie Just Mercy, have been reversed even under the strict legal standard courts use.

In numerous jurisdictions, prosecutors have established independent review boards and conviction integrity units (CIUs), divisions within district attorneys’ offices that review older cases to identify and remedy wrongful convictions. Currently 60 such units operate in 20 states and the District of Columbia. Collectively, those offices have been responsible for more than 400 exonerations since 2002 .

Creating these units requires a culture change among prosecutors. If voters continue to support reformer prosecutors, those newly elected district attorneys and even state attorneys general–if the trend reaches that level–can enact important reforms that will have a broad effect on police practices as well as prosecutions.

Do not misunderstand: most of the time our court system gets it right. But occasionally, there is a case that requires a second look, a careful review, where an injustice really may have occurred. Prosecutors must be bold and forthright in acknowledging potential mistakes. And we all have an interest in seeing those wrongs righted.

Prosecutors’ offices are not factories that produce widgets, and their success should not be assessed based on the number of cases they indict or convictions they obtain, nor the speed with which they obtain them. Instead, prosecutorial decisions in both the federal and state systems should be the product of critical review that determines whether a case merits indictment and the investigation was sound. Careful, objective review at each stage in prosecution, from charging to sentencing to post-conviction review, must be an intrinsic part of the culture. A prosecutor’s job is about doing justice, not getting convictions. If prosecutors take the lead at getting it right, the rest of the system will follow. 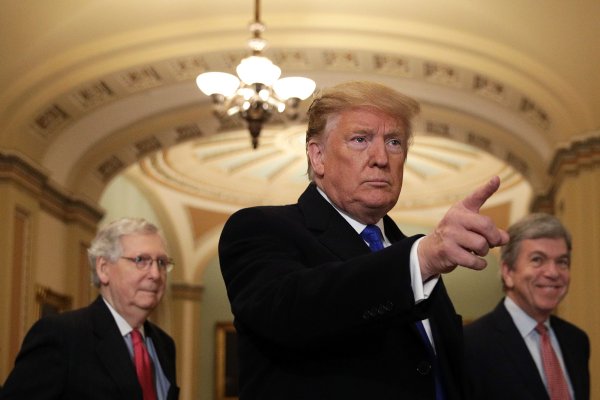