Here's What Carl Reiner Had to Say About Life, Family, and Comedy in His Last Interview During Quarantine

Carl Reiner attends the Premiere Of HBO's 'If You're Not In The Obit, Eat Breakfast' on May 17, 2017 in Beverly Hills, California.
Tibrina Hobson—Getty Images
By Melissa Locker

Carl Reiner, the creator of The Dick Van Dyke Show and dozens of films and TV shows over the course of his seven-decade career in Hollywood, passed away on Monday night at the age of 98, Variety writes.

Reiner was an incredibly prolific creator mastering television, movies, Broadway, book publishing and social media where he kept up a steady Twitter stream posting tweets on Monday night. Even during the coronavirus pandemic Reiner found time to sit down for an interview for an episode of the YouTube series, “Dispatches from Quarantine”, which premiered on June 22.

In the series, Reiner, along with Hollywood icons Larry King, Norman Lear, Ellen Burstyn, Marion Ross, and Tommy Chong reflect on their lives and the way they are getting by in these unprecedented times. In a tweet promoting the video, Reiner said, “What I am most proud of are, creating The Dick Van Dyke Show and informing Mel Brooks that he’s 2000 Years Old and knows everything.”

The episode looks back at Reiner’s long life and career, starting in the Bronx, loving comedy movies, learning to act, moving to the Borscht Belt, and winding up in Hollywood.

There he worked as a writer and performer on Your Show Of Shows and later creating The Dick Van Dyke Show, which is widely considered to be one of the greatest television shows ever. As the oral history of his own life unfurls, Reiner reflects on his life, legacy, friendships, and the changing world and his place in it with his trademark wit, wisdom and candor.

While Reiner’s legacy will live on in the films he made, the characters he created, and in the memories of family, friends, and audiences who loved him, this may be the final interview that Reiner ever did. And in typical Reiner fashion he is determined to leave the world laughing. 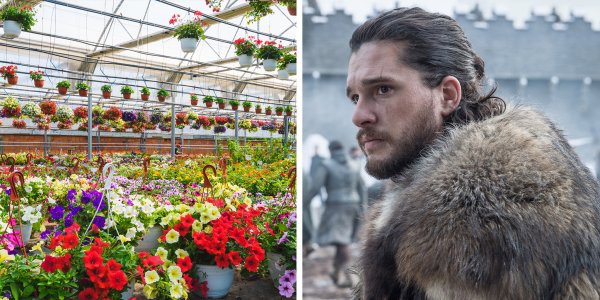 Absolutely Everyone 'Knows a Spot' for a Date Thanks to This Truly Enjoyable Meme
Next Up: Editor's Pick