When John Lewis was growing up in Troy, Ala., his ambition was to become a minister: He’d practice by preaching to the chicken populace of the family farm. Lewis, who is today the U.S. representative for Georgia’s 5th congressional district, has told that story so often that it’s become something of a joke. But it also says something about his spirit, his faith in the power of communication and his sense of humor, all of which are on display in Dawn Porter’s stirring, joyous documentary John Lewis: Good Trouble. Lewis is both a revered Civil Rights hero and a politician who knows that dialogue and compromise are sometimes key to achieving difficult goals. Those two identities don’t always dovetail neatly. Yet Good Trouble shows that Lewis has never lost sight of the principles that are essential to his country’s survival and well-being: “One of my greatest fears,” he says, “is one day we wake up and our democracy is gone.”

To that end, Lewis, now 80, advocates the importance of getting into “necessary trouble,” of speaking up even when those in power would prefer your silence. Good Trouble traces Lewis’ story from his youth in the rural South, to his key role in the Civil Rights movement, to his long career in the U.S. House of Representatives. And it shows how many of the freedoms Lewis and his colleagues fought for during the Civil Rights era—just clearing the way for African Americans to be able to register to vote was a Herculean task—are once again in danger. In 2013 the Supreme Court dismantled the landmark Voting Rights Act of 1965 by freeing nine states, most of them in the South, to change their election laws without federal approval. The resulting changes in many states—including the redrawing of districts, a reduced number of polling locations and restrictive voter-ID laws—have turned the clock back on some of the gains Lewis fought so hard to achieve.

And he has fought: Lewis was arrested 40 times in the 1960s, and he’s been arrested 5 times since he’s been in Congress. He has been, on numerous occasions, beaten by the police while participating in staunchly nonviolent protests: Good Trouble includes footage from the historic 1965 Selma to Montgomery marches, led by Martin Luther King Jr., that show Lewis with bandaged head wounds. He was one of the original Freedom Riders, a group of activists who rode interstate buses to protest segregation in public buses and bus terminals, and he led the Student Nonviolent Coordinating Committee from 1963 to 1966. In November 1986 he was elected to Congress, after defeating his close friend and fellow activist Julian Bond in the August primaries. That defeat strained the friendship, but it was also the beginning of an enduring career dedicated to changing the system from within: Lewis is currently serving his 17th term.

Porter’s documentary—which was executive-produced by TIME Studios, along with CNN Films and AGC Studios—also gives us a strong sense of Lewis the man, an individual whose mere presence can change the tenor of a room. There are accolades from his colleagues: “He challenges the conscience of the Congress every day that he is here,” says House Speaker Nancy Pelosi. The camera captures him spryly racing up the steps of the Capitol building, but moving very slowly through an airport: That’s because he can’t walk 10 steps without being approached by someone who wants to thank him for his service and hard work. We see Lewis getting his groove on to Pharrell Williams’ “Happy,” in a video shot by one of his aides during a birthday party his staff had thrown for him. (It ended up going viral.) And Lewis’ fondness for chickens has not abated: His office contains a beautiful wooden bird cage, which he’s filled with chicken figurines, and when he visits his sister’s farm, he eagerly asks if he can feed her flock. John Lewis: Good Trouble shows us an activist and an effective politician—as well as a powerful and passionate public speaker—who has devoted his life to public service, often putting himself at risk to defend basic human rights. It all began with attempts to get small creatures to gather and listen. Even then, he could hold an audience. 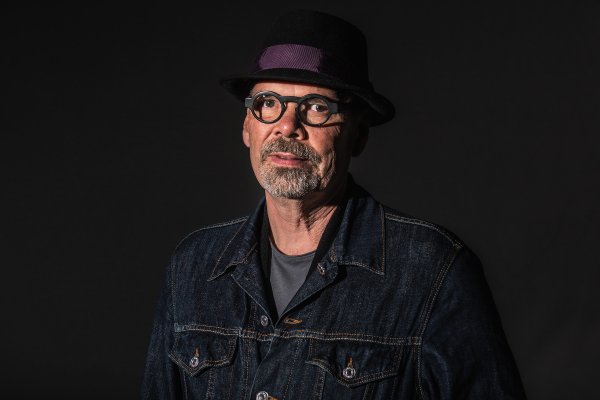 David France on 'Welcome to Chechnya'
Next Up: Editor's Pick