New York City Mayor Bill de Blasio announced Friday that 17 corrections officers would be disciplined following the 2019 death of a transgender woman who died from an epileptic seizure while in solitary confinement on Rikers Island.

Layleen Polanco, a Dominican-American who lived with epilepsy and schizophrenia, was incarcerated because she was unable to pay $500 bail after being arrested on misdemeanor charges. She was 27 when she died on June 7, 2019.

“Three officers and one captain will be suspended without pay immediately,” the city said in a statement in which de Blasio promised accountability. “The death of Layleen Polanco was an incredibly painful moment for our city. What happened to Layleen was absolutely unacceptable and it is critical that there is accountability.”

The disciplinary action comes weeks after the Bronx DA’s six-month investigation found “no criminal activity,” but did find a failure on the part of city correction officers to follow Department of Correction’s (DOC) policy. “Our investigation found no evidence of criminal wrongdoing, but DOI did find that City correction officers failed to follow the DOC directive that every inmate housed in Punitive Segregation shall be observed at least once every 15 minutes, at irregular intervals,” the Bronx DA’s office had said in a June 5 statement. “In this case, they allowed 47 minutes to pass between tours of Ms. Polanco’s cell.”

A new report from New York City’s jail oversight board found that Polanco was not housed in an area of the jail that was appropriately suited to her mental and physical health needs. The Correctional Health Service’s (CHS) process for identifying those who should be exempt from solitary confinement due to their medical and mental health history is “insufficient, inconsistent, and potentially susceptible to undue pressure” from the DOC, per the report. The report states that Polanco was left “unobserved by DOC staff for stretches of 57 minutes, 47 minutes, and 41 minutes during the period between when she was last confirmed alive and when the medical emergency was declared.”

DOC Commissioner Cynthia Brann also commented in de Blasio’s statement from Friday, saying “We are committed to ensuring that all of our facilities are safe and humane. Even one death in our custody is one too many and this swift and fair determination on internal discipline makes clear that the safety and well-being of people in our custody remains our top priority.”

A federal lawsuit has been filed on behalf of the Estate of Layleen Polanco against New York City, as well as a handful of DOC employees. The lawsuit alleges that “Layleen is dead because the City of New York and its DOC and Health + Hospitals / Correctional Health Services (“CHS”) personnel failed to provide her safe housing, adequate medical care and proper accommodation for her disabilities.”

The lawsuit states that a government employee working for CHS who was responsible for Polanco’s medical care, safety and well-being knew she “lived with epilepsy and schizophrenia and was at heightened risk of death or serious physical harm if placed in segregation.”

It states that Polanco was “checked on infrequently by the defendants and when she was checked on, her condition was ignored, even when she was found non-responsive.” The lawsuit also points out the specific dangers of solitary confinement for those with vulnerable medical conditions. “Correction officers and DOC employees repeatedly ignore the medical needs of inmates placed in punitive segregation, leading to their death,” it says. 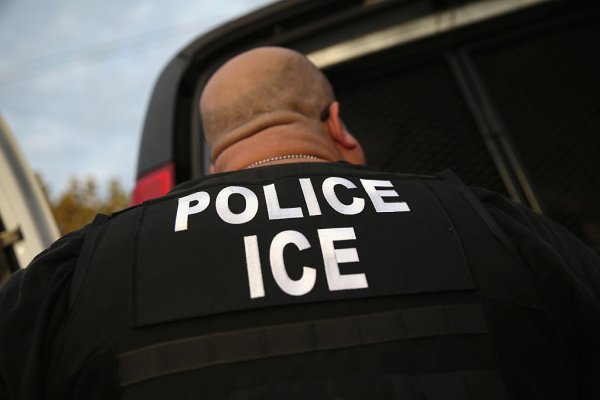