Douglas Briscoe raises his fist from the sunroof of his father's SUV as thousands of protesters march in Oakland, Calif., on June 1, 2020 over the death of George Floyd.
Ray Chavez—East Bay Times/Getty Images
By Katie Reilly

When Jackie Byers started advocating for police-free schools in Oakland, Calif., nearly a decade ago, she set a goal of eliminating the city’s school police force by 2020. On Wednesday, following years of activism in Oakland and a wave of recent protests against police brutality across the country, the school board voted to do just that, calling it “a historic moment.”

The unanimous vote exemplified the current momentum in the movement by students and activists across the country to cut ties with police departments and remove officers from schools following the death of George Floyd at the hands of police in Minneapolis.

“We knew that this was not going to be an easy battle. When we started this, there were a lot of folks who thought that was way too radical,” says Byers, executive director of the Black Organizing Project (BOP), a community group that advocates for racial justice and led the effort for the resolution that passed on Wednesday.

She says that in 2011, when the organization launched a campaign to address over-policing of Black youth, even people who were working on tackling the achievement gap or school discipline “weren’t trying to have conversations about law enforcement in schools.”

“We knew that we were kind of on the margins of the conversation, but we decided to continue to push,” she says. “And here we are in 2020.”

About 45% of public schools had at least one school resource officer working on campus during the 2017-18 school year. Many school districts have contracts with local police departments to provide security, but Oakland is one of hundreds of districts with its own police department, an internal force of nine sworn police officers and about 45 unarmed school security guards, who serve only the school district. (Ten of the country’s 25 largest school districts run their own police departments, Chalkbeat reported.) But in response to several high-profile examples of police violence against Black people, more activists are arguing that police officers don’t belong in schools, and Byers thinks more people have started to acknowledge that the problem is systemic.

The resolution to eliminate the Oakland school police force, which costs the district more than $6 million each year, gained support from the local teachers’ union and school superintendent, students, who rallied outside the district headquarters in the days before the vote, and the school police chief, Jeff Godown, who expects to be out of job as a result.

“Let’s try something different. I think it’s time to make some changes. I assume when you talk to a lot of police and chiefs, they probably tell you that the world’s going to come to an end and everything’s going to be horrible if we don’t have police in schools,” says Godown. “My answer to you is they’re wrong.”

In a sign of the recent shift in attitudes toward school policing, in March, a resolution to cut three officer positions from the school police force failed by a 4-3 vote, despite vocal advocacy from students and activists. On Wednesday, the George Floyd Resolution to Eliminate the Oakland Schools Police Department passed 7-0. The district will eliminate its police department by the end of the year and hire more social workers, psychologists or “restorative justice practitioners.” In the coming months, the district will work with students, parents, teachers and the BOP to create a new school safety plan.

“Our schools do not need police. We need mentors to help guide us through school and to dismantle the school-to-prison pipeline,” says Denilson Garibo, a student representative on the school board and a recent graduate of Oakland High School.

On days when he was late and running to school, Garibo, who is Afro-Latino, says he would slow down if he passed a school police car outside the building, worried that an officer might think he was running away from something or doing something wrong. “That shouldn’t even be a thought that should be happening inside a school,” he says. “That shouldn’t cross my mind.”

In her remarks before the board on Wednesday, Byers mentioned Floyd, saying he “brought us to a moment in this country, where we could no longer wait.” And she invoked the name of Raheim Brown, a 20-year-old Black man who was shot and killed in 2011 by an Oakland school police officer who confronted him as he sat in a car outside a city high school. The case fueled the Black Organizing Project’s campaign to eliminate the department.

Proponents of school police officers say they’re important for safety and can help build positive relationships between the community and law enforcement. But there’s not clear evidence that school resource officers actually improve safety, and their presence disproportionately impacts students of color.

Nationally, Black students are far more likely than white students to be suspended, expelled and arrested in school. In Oakland public schools, Black students have made up 73% of school arrests since the 2015-16 school year, but 26% of enrollment, according to data cited in the resolution, which notes that, “such a deeply embedded and institutionalized form of preemptive policing has extremely significant consequences, foreclosing opportunities toward graduation, college, and employment for Oakland’s Black youth.”

Oakland Schools Police chief Jeff Godown (R) speaks to school staff during an active shooter training session on Feb. 16, 2018 in Oakland, Calif. Godown supported the school district's decision to disband the police force, even though it could end his job.
Justin Sullivan—Getty Images

The school police officers are not assigned to patrol specific schools, but they respond to about 1,000 calls for help each semester, and Godown says about 700 of those calls are for incidents that don’t require police intervention and could be better handled by a teacher, counselor or social worker. Moving forward, in emergency situations that require police involvement, the district would call the Oakland Police Department instead.

“There shouldn’t be a school district, there should not be an institution of learning anywhere in the United States of America, where you need an armed policeman on that property. Because if that is the case, you’ve got bigger problems than just having police walking the hallways,” Godown says.

“A lot of chiefs of police won’t agree with me, but the reality is — listen, we’ve been policing in this country for hundreds of years, and we’ve been doing it the same way, and it hasn’t worked, so I think it’s drastically time for a change.”

The public school board in Minneapolis voted unanimously on June 2 to terminate its contract with the city’s police department in response to Floyd’s death. Schools leaders in Portland, Ore.; Denver and Seattle have since made similar decisions.

But such proposals have had less success in other parts of the country, notably in the country’s largest school districts.

On Tuesday, the Los Angeles Unified School District Board of Education voted against a plan to cut 90% of the budget for the Los Angeles School Police Department, the largest school police force in the country. A closely divided Chicago Board of Education on Wednesday rejected a proposal to cut the school district’s $33 million contract with police, despite weeks of protests from students and teachers. And responding to calls to remove New York Police Department officers from schools, New York City Mayor Bill de Blasio said officers have “consistently made our schools safer.”

“I appreciate that there are some who think school safety should be taken out of NYPD,” he said at a recent press conference. “I don’t think they’re right.”

The recent steps to remove school officers in places from Minneapolis to Oakland come as a surprise to some experts, given that police officers have been a growing presence in schools over the past 20 years, in part as a response to school shootings.

“I am shocked. I never would’ve bet a month ago or two months ago that school boards would vote that way,” says Christopher Mallett, a Cleveland State University professor, who studies the role of schools in juvenile justice. “It’s an incredibly surprising, significant step and one that should influence other school boards who have been concerned, who know there are issues around [school resource officers].”

While the role of police officers in schools has long been an issue of debate, removing them entirely has seemed like a long shot to advocates.

“It was kind of like off the table. No one even wanted to hear about it,” says Pedro Noguera, a distinguished professor at UCLA’s Graduate School of Education and Information Studies, who has studied racial inequity in schools. “I think this moment is forcing people to start asking questions,” he says. “This is one area where we really need to rethink what we’ve been doing.”

While Byers worked with other advocacy groups fighting for police-free schools over the years, she says it’s different to see some school leaders and more community members be receptive to the idea in “mainstream conversations” now.

“In terms of there being centered conversations about defunding police and removal, that is an absolute shift. That is a huge shift,” she says. “It’s like when the moment meets the years of work.”

She now plans to focus on fighting for more cultural change within the school district to support Black students, working with teachers and school staff to resist the urge to involve law enforcement, for example. And she hopes Oakland becomes a model for other schools.

“It’s not just a cutting of a contract,” she says, “but also a changing of a culture.” 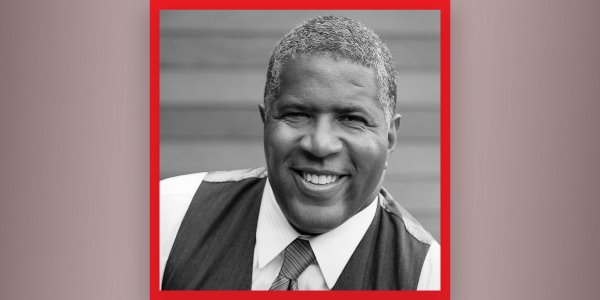