More Young People Are Testing Positive for COVID-19 in the U.S. Here's What That Could Mean for the Outbreak

Despite the many things we don’t know about COVID-19, one thing has been repeated so often and so loudly it seems almost indisputable: elderly people are more likely than young people to get sick and die from COVID-19.

U.S. Centers for Disease Control and Prevention (CDC) data from mid-March found that about half of U.S. COVID-19 patients with known ages at that time were 55 or older—even though only 29% of the country’s population is that old. Over time, though, the data has settled to better reflect the country’s overall age distribution (with the exception of kids 19 and younger, who still make up a very small portion of infections).

The CDC’s most recent data, published on June 19, shows that nearly 70% of people in the U.S. who tested positive as of May 30 were younger than 60. The median age of U.S. COVID-19 patients during that time was 48, and it’s even lower in the country’s newer hotspots like Florida and Arizona, where case counts are surging.

Testing likely plays a part in the shifting profile of COVID-19 patients. In the beginning of the outbreak, when tests were in short supply, only the sickest patients could get a test. Since many of the sickest patients are elderly, they were over-represented in the data early on. But now, with testing much easier to come by, public-health networks are able to capture more mild and asymptomatic cases, which includes many younger people who probably wouldn’t have gotten tested in March or April.

“The more testing we do, the closer we get to the truth,” says Natalie Dean, an assistant professor of biostatistics at the University of Florida. “What we were doing before was skewed to the oldest ages.”

Recent trends suggest infection rates are going up in the U.S. for all groups, including for younger people. If we were simply detecting more cases via more robust testing—as opposed to more infections actually occurring—Dean says she’d expect the overall percentage of tests that come back positive to go down, since more people who ultimately test negative would also be included in the data. That’s not happening in current COVID-19 hotspots like Texas, Florida and Arizona, which suggests a change in the underlying outbreak. More people of all ages seem to be getting sick in these areas, and we now have enough tests to see it happening.

Even with more testing, the trends for severe disease and deaths are quite consistent.

The oldest patients (as well as those with underlying health conditions) are still the most likely to die and become hospitalized from COVID-19, just as they’ve been throughout the outbreak. There might be slight fluctuations in the coming weeks—it takes a while, after someone gets infected, for them to get sick enough to need hospitalization—but “unless there’s a spike in infections in older people, we don’t expect a dramatic change in terms of hospitalizations,” Dean says.

Because it’s been so clear that elderly adults and people with other health problems are at highest risk of severe disease, older adults may also be more cautious than younger ones as society reopens, Dean says—perhaps not rushing out to gyms, bars and restaurants with quite the same speed, and thus protecting themselves from possible exposure.

If young people throw caution to the wind, though, it may have ripple effects for older and more vulnerable people. Young, healthy people who get mild or asymptomatic disease can still be carriers, potentially transmitting the virus to someone who goes on to have a much more severe case.

“With younger age of recent infections in at least some places such as Florida, expect a lower death rate in this wave …until the 20-40 year olds who are infected today go on to infect others….,” former CDC Director Dr. Tom Frieden wrote on Twitter on June 21.

For the sake of personal and community health, Dean says, it’s still important for people of all ages to practice social distancing and wear masks in public. 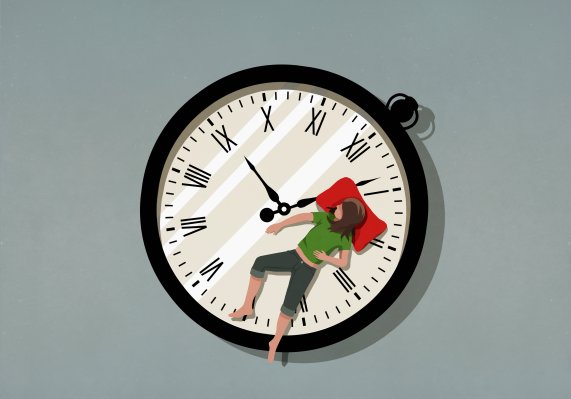 How the COVID-19 Pandemic Could Be Messing With Your Sleep
Next Up: Editor's Pick