Why Amsterdam's Red Light District May Not Survive the Coronavirus Pandemic

A view of an empty street in Amsterdam's red light district, due to the coronavirus crisis on April 3, 2020.
Robin Utrecht—SOPA Images/Sipa
By Ciara Nugent

One morning in mid-March, Lennard Roubos woke up to find his neighborhood transformed. For the best part of a decade, Roubos’ street, just outside the red light district in Amsterdam’s city center, has been filled with tourists. Drawn to the area by coffee shops where you can freely smoke marijuana and sex workers who solicit clients from the city’s world-famous window brothels, the tourists yell, drink, urinate, and sometimes buy drugs from dealers stationed near his first-floor apartment, Roubos says.

All of that stopped on March 15, when the Netherlands introduced lockdown measures to stem the spread of the new coronavirus, barring tourists from entering, closing bars and coffee shops, and shuttering the city’s roughly 330 brothel windows. The deserted streets were striking, Roubos says. “It was really an eye opener to see how the situation had gotten out of hand. “

For the area’s sex industry, and other local businesses that thrive on tourism, the short term impact of the lockdown has been tough. National government rules prevent sex workers from returning to work until September 1 at the earliest, even as other workplaces, including bars, hairdressers and massage parlours, reopen, leaving sex workers and the operators of brothel windows in deep financial trouble. And while a trickle of European visitors are now allowed to return, many of the coffee shops, souvenir stores, and restaurants that rely on the 1 million tourists that visit in a normal month, risk being unable to survive.

That upheaval may change the red light district for good. Residents groups fed up with tourism have been emboldened by seeing their streets calm for the first time, Roubos says. They’re also angry with how little the area’s amenities have to offer local people and are now putting pressure on the city to prevent a return to business as usual. A petition demanding the city limits the number of visitors and take swift action to change the area has quickly collected some 30,000 signatures—over the threshold needed to hold a referendum on the proposals. In a letter to the city council at the end of May, Mayor Femke Halsema wrote that the lockdown had underscored “the urgency to think about the city center of the future.” While previous efforts to overhaul the area have failed, the pandemic’s lull in tourism gives officials a unique opportunity, she wrote, to consider measures like buying up empty properties and restricting business permits to make sure failed tourist businesses are replaced with a more “diverse” mix that caters to locals. Even before the pandemic, Halsema was considering options to limit sex work, and possibly move it out of the area entirely, in order to reduce tourism and overcrowding. Now, she wrote, preparations for a “prostitution hotel” elsewhere in Amsterdam, which may replace sex work in the red light district, are “in full swing.”

Sex workers, who have long accused city authorities of hostility to their presence in the city center, now say they are taking advantage of the pandemic in order to stifle the last breaths of their industry. “They’re celebrating this situation and they’re just waiting for the entrepreneurs who rent out the [brothel] windows to go bankrupt,” says Jane, a sex worker and member of the red light district’s Prostitution Information Center, who like other sex workers interviewed in this story, uses a pseudonym to protect her identity. “They’re smoking us out.”

Tourists bathing in a red glow emanating from peep show windows are packed shoulder to shoulder as they shuffle through the alleys in Amsterdam's red light district, Netherlands on March 29, 2019.
Peter Dejong—AP

The red light district, named“De Wallen” (The Walls, in Dutch), because of its position near the old city walls, has hosted sex work for centuries, and the window brothels have been highly visible since at least the 1960s. But the area’s current problems only began around 2013. The combination of an aggressive city marketing campaign and the flourishing of budget airlines across Europe led to an explosion of visitors in Amsterdam. Curious about sex work, which has been legal in the Netherlands since 2000, and cannabis, which was decriminalized in the 1970s and is available to smoke in coffee shops, most tourists flock to the red light district. The area’s narrow cobbled streets have struggled to cope with the influx, while touristy shops and restaurants serving burgers and sweet treats have sprung up in startling numbers across its medieval buildings.

The current local government has been grappling with how to deal with the area’s problems for a long time, says Mascha ten Bruggencate, chairwoman of the city center district. The pandemic has become a “catalyst” for change. “We had already been working on trying to start this discussion for two years,” she says. “But then suddenly one Sunday night, the prime minister said that all bars and restaurants had to close and within 20 minutes, it was quiet.”

For residents who have railed against the noise pollution of recent years, the current quiet was too much, Roubos says, and people initially felt unsafe without people in the streets. “But most people have gradually developed the feeling that we have regained our own area.” Residents used to cleaning up vomit in their alley ways, or pushing through crowds whenever they want to leave the house, now feel they can walk or cycle around the clean streets, and meet neighbours outside for a socially-distanced drink, Roubos adds. Amsterdammers from other parts of the city, who normally avoid the city center, have been visiting.

Now, as the lockdown begins to ease—with restaurants and bars having opened on June 1 as long as customers can maintain a distance of 1.5 meters—residents are looking at how to keep their neighbourhood liveable in the future. For many, that means the sex workers that draw many to the area need to go. “Personally, I don’t object to some of the window [brothels] remaining in the area,” Roubos says. “But I think the majority of the residents of the red light district, especially those who live in the heart of it, are so fed up with it that they say we have to close it totally.”

Whatever the city decides, the financial impact of the COVID-19 lockdown will be hard for the sex industry to recover from. Window workers, unlike workers in some kinds of closed brothels in The Netherlands, can access government financial aid. But its not enough to cover life in the expensive Dutch capital, says Felicia Anna, a Romanian sex worker who founded pressure group Red Light United in 2019 to represent window workers. With no income and no possibility of working legally for three more months, sex worker advocates say many migrant workers, who dominate the red light area, have been forced to return to home countries in Eastern Europe or elsewhere, or to move into illegal unregulated forms of sex work. Sex theaters, where visitors watch erotic shows, say they will struggle to accommodate customers at 1.5 meters of distance, even once they are allowed to reopen again. Window brothel operators that rent their buildings from landlords are at risk of bankruptcy without the income from renting out their windows. Jane, from PIC, estimates half of the window brothels would need to close if they can’t generate income for the entire summer.

The dozen or so coffee shops that sit in and around the red light district were allowed to remain open during the lockdown after a plan to close weed dispensaries prompted warnings that illegal drug dealers would move in. But owners report steep drops in revenue thanks to the absence of foreign tourists. That may become a permanent obstacle for their business, as Halsema is seeking backing among the city council to bar foreign visitors from buying weed in the coffee shops, after a survey she commissioned found more than a third of tourists would visit the city less often if such a rule was in place.

The collapse of businesses—including bars, restaurant, souvenirs stores, coffee shops and brothels—would be an “opportunity,” Bruggencate says, for authorities to encourage landlords to rent to businesses that cater to locals, like grocery stores and less touristy restaurants. City zoning already prohibits the opening of new tourist shops and Bruggencate says the local government is looking at “whether there’s more possibilities like that to really push, by law, towards normal shops and normal bars.”

Not everyone agrees that the area needs to change. Companies operating in the city center and the owners of buildings there have previously filed lawsuits against the local government over its policies to limit tourism-serving businesses, accusing it of discrimination, violating E.U. laws on services, and causing property values to fall. In April, a Dutch court rejected an appeal—filed by companies including a chain of cheese stores—against the ban on new tourist shops.

Sex workers are not giving up hope that they can return to work sooner than September. Pressure group Red Light United sent a proposal in May to the national government laying out a strict hygiene protocol that would allow sex work to restart now. It includes measures like mandatory wearing of face masks, and the suspension of oral sex. Kissing, Felicia points out, was not a part of the job, even before the pandemic.

Felicia says authorities’ belief that sex work is impossible to do safely during the pandemic betrays a lack of understanding about the nature of the job. “They’re constantly saying “oh but you’ll sweat, and it’s very close contact.” No, it’s actually not,” she says, adding that an average customer stays inside a sex worker’s room for only six or seven minutes. “And you don’t really sweat . It’s all done very professionally. We don’t offer the girlfriend experience there.” She has not had a response about her proposal from the government, she says

Jane says it’s unfair that massage parlors have been able to open before them. Brothels were initially set to open at the same time as gyms and casinos, but the national government then decided to allow those spaces to reopen from July 1, leaving sex work for September. “They’re acting like we’re not capable of screening our clients or following a hygiene protocol when that’s always [part of the job],” she says. “Coronavirus is not a sexually transmitted disease. How are we any more dangerous than going to the hairdresser?” (Infectious disease experts say it’s too early to tell if the virus can be spread during sex.)

Bruggencate says the city government can’t change national government rules prohibiting sex work before September. And she points out that brothel owners are entitled to apply for city financial aid like other businesses.

While the red light district’s streets remain quiet, the debate about the future of the area is getting louder. Bruggencate predicts a big period of change over the next month, as the city center creaks back to life and residents, sex workers and tourists fight for their place there. “Now is the time to see what steps we must take to keep the balance in the city.” 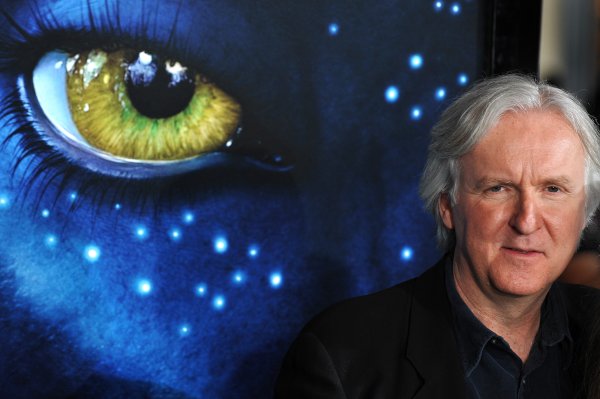