At a cannabis industry event in New York this fall, product reps handed out hemp joints and CBD gummies as shop talk flowed and business cards traded hands. Onstage, entrepreneurs ardently pitched new vaping devices, flavors and pet-friendly hemp products. Among the mostly male attendees, the mood was ascendent — marijuana is a growing industry, with global sales expected to reach more than $66 billion by 2026, and almost everyone here had gotten in on the ground floor.

But recent events are jeopardizing the weed business, not to mention harshing good vibes. Since August, vaping products, many containing THC (the psychoactive chemical in marijuana), have sickened nearly 1,300 people and killed more than two dozen. It’s unclear what exactly is causing those illnesses, though early indications suggest many who got sick used black market THC vape substances.

Those lung injuries and the ensuing panic might seem to be disastrous for the would-be titans of legal pot. THC vaping represents one of the most promising growth areas in cannabis, with consumers spending nearly $1.75 billion on pre-filled THC vape products in 2018, according to Arcview Market Research. But entrepreneurs and investors, always eager to put a positive spin on new developments, say the situation spells not doom, but opportunity.

“I know it’s going to affect us in a positive way,” entrepreneur James Langer says of the vaping deaths. His startup, Swoon, is rolling out a line of THC vapor products in “Michelin chef-type” flavors, like rosé, creme de papaya, and strawberry pavlova. He thinks the crisis will push people away from illicit wares and towards legal offerings like his. “It’s going to highlight the problems with buying products off the black market,” he says.

Others in the industry agree with Langer’s logic. In states with legal recreational marijuana, like Colorado, Massachusetts and California, legit cannabis companies compete with illegal, unlicensed pot dealers and delivery services, which often existed before laws legalizing the drug were passed. Aside from driving people away from unregulated services, cannabis entrepreneurs say the panic might encourage states to legalize recreational marijuana and adopt standardized testing regimens, which could further help legal cannabis compete against the black market, even at a higher price.

“Establishing a testing regimen for the legal cannabis industry will essentially provide a bright line of quality assurance to customers,” says Christopher Gooch, a lawyer who represents cannabis investors and business owners in Arizona. “They can now advertise their product as somewhat safer than what the customer may get if they go to the black market.”

But there’s a problem with the view through emerald-colored glasses: No one knows exactly what’s causing the vaping lung injuries and deaths. While the Centers for Disease Control and Prevention (CDC) appears to suspect that illegal cannabis products are playing a major role in the crisis, it hasn’t pinned down an exact cause. Many of those who got sick used both nicotine and THC vaping products, and 13% of those who reported their usage said they only vaped nicotine in the three months before getting sick. The CDC hasn’t ruled out that there could be more than one factor at play.

For now, the CDC and other officials are warning consumers to steer clear of black market vape liquids. Others have gone further. In September, Massachusetts ordered a four-month ban on all vaping products, THC and nicotine alike. Several states have banned flavored vaping products; more may follow suit as injuries and deaths mount.

Those bans are going to hurt all vaping enterprises, legal or otherwise. Juul, the company that’s become synonymous with the vaping trend, is suffering mightily as its valuation plummets, even though it only offers nicotine products, not THC. “We appreciate the work of the CDC, [U.S. Food and Drug Administration], and other public health authorities, and are confident that they will get to the bottom of this issue,” Juul communications director Austin Finan told TIME in a statement.

Amid the panic, some consumers, especially younger ones, are giving up vaping entirely. But analysts say vaping companies that weather the storm could thrive if it turns out that they are not to blame for the injuries. “There’s a very potentially significant opportunity for regulated companies, especially medium or longer term, if it proves to be that black market products are the problem,” says Michael Lavery, a research analyst at Piper Jaffray & Co.

Utech later showed TIME a prototype of a device that heats THC oil with an internal laser. The gadget, which wouldn’t feel out of place at CES, is an emblem of the cross-pollination between Big Weed and Big Tech. The two are not so different, after all. Both are flush with venture capital and an unswerving belief that they own the future. Both are holding on to that belief through high-profile controversies. And even if the dreams of laser vapes and creme de papaya THC oil do not come to pass, investors are confident in weed’s growth potential. “Vaping is only one avenue,” says Abi Tamot, vice president at Fortuna Investments, a Canadian VC firm that’s betting on “extraction,” or the process of pulling THC from raw cannabis. Tamot says his business will be just fine even if vaping is not. “You can use it to make the edibles, you can use it to make the beverages, you can use it to make gel caps … the vaping crisis will affect it negatively right now, but is that going to completely destroy extraction? Definitely not.” 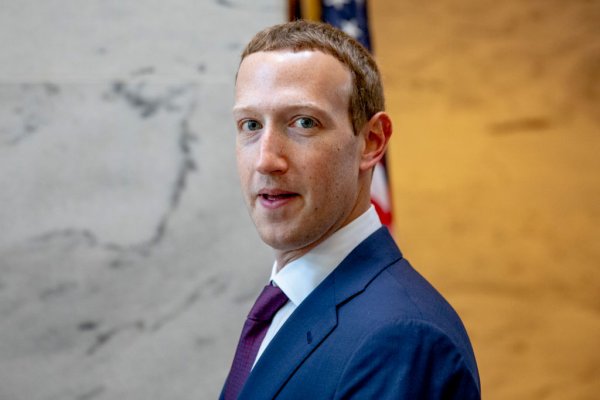 'You Go to the Mat and Fight.' Facebook CEO Mark Zuckerberg Address Elizabeth Warren's Break-Up Calls in Leaked Audio
Next Up: Editor's Pick