When it comes to mergers and acquisitions in the tech world, there are deals nobody saw coming. And then there are the ones you kind of assumed would happen all along.

Today’s news that Amazon is buying ComiXology, the biggest purveyor of comics in digital form, is that second sort of deal. It’s so natural a business for Amazon to covet that it’s a wonder it took this long. (ComiXology was founded in 2007.)

The prospect of yet another form of digital publishing being dominated by Amazon is not inherently appealing to me. The company has a reputation for playing hardball with the content companies whose work it licenses. Aside from the Marvels and DCs and Dark Horses of the world, comics publishers tend to be small, fragile outfits; if Amazon wants to push them around, it can. And owning ComiXology will only make it more powerful.

Then again, the industry had already largely standardized on ComiXology as its mechanism for getting comics to owners of computers, tablets and phones. Whether owned by Amazon or not, it’s likely to stay digital comics’ 800-pound gorilla for the foreseeable future.

Rather than taking on ComiXology directly, alternative platforms take different approaches: Madefire, for instance, publishes comics with so much animation and audio that they feel like movies that happen to be broken up into panels. ComiXology’s approach has been relatively conservative, giving other companies an opportunity to be innovative, maybe even disruptive.

I chatted about the merger this afternoon with ComiXology co-founder and CEO David Steinberger and David Naggar, Amazon’s vice president of content acquisition and independent publisher. They both stressed that ComiXology will be operated as a standalone business, with its brand, management team and headquarters in New York City intact.

“Amazon, when it buys a working company that’s doing a good job, tends to let them spread their wings,” says Steinberger. “It gives them resources and lets them go on the same path, only faster, better and stronger.”

Naggar points out some examples of past Amazon acquisitions that followed this model: IMDb, Zappos and Audible. When I heard that last one, I calmed down a little: Similar to ComiXology’s position in the comics world, Audible was the leader in digital audiobooks long before Amazon bought it. And it still retains its own identity after six years of Amazon ownership. If the ComiXology story follows a similar arc, I’ll be happy.

Of course, there are obvious opportunities for synergy: It would be startling if some flavor of ComiXology didn’t wind up as a standard feature of Amazon’s Kindle Fire tablets, for instance. (Naggar told me that the company will continue to sell comics outside of ComiXology–graphic novels are already a major Kindle category–but that even there, cross-pollination is possible.)

It’s not tough to envision a happy outcome here: If Amazon helps get ComiXology comics in front of more paying customers, it can be a boon for Amazon, ComiXology, comics publishers and comics readers. As a member of that last constituency and a voracious consumer of digital content, I’m keeping my fingers crossed. 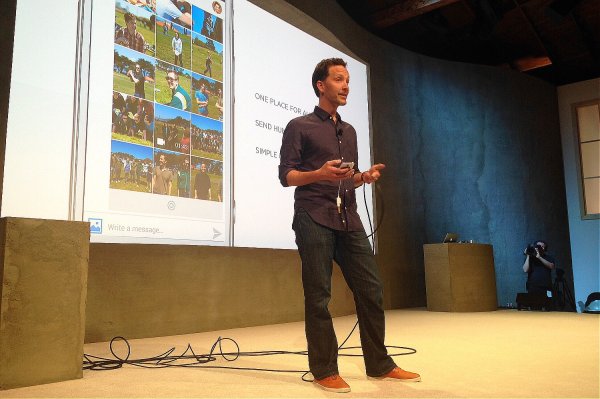 With Carousel App, Dropbox Wants to Preserve All Your Photos, Forever
Next Up: Editor's Pick