The half-brother of Robert Fuller — a black man who was found dead hanging from a tree in a park in the city of Palmdale, Calif. last week — was killed by Los Angeles County Sheriff’s deputies, according to Fuller’s family attorney. In a separate statement, the sheriff’s office said that officers on Wednesday were in pursuit a man — who they have not publicly identified — as a suspect of kidnap and assault when they fatally shot him, allegedly after he fired at deputies first.

Fuller’s lawyer Jamon R. Hicks said in a statement provided to TIME on Thursday afternoon that he “had to notify the sisters of Robert Fuller that their brother Terron Jammal Boone was killed by Los Angeles County Sheriff’s deputies in Kern County.”

“At this time, until we receive all of the information, the family and their legal team does not have any further comment on this incident,” Hicks said. “The family respectfully asks that their privacy be respected.”

Asked to comment on Boone’s death, the Los Angeles Sheriff’s Department (LASD) provided TIME with a press release that alleged deputies had fatally shot an unnamed suspect after he opened fire on them from his car Wednesday afternoon in the city of Rosamond, Calif.. Asked to confirm whether the man was Boone, authorities said, “the identity of the suspect is currently awaiting positive identification from the Coroner as well as notification to the next of kin.”

The press release states detectives from the sheriff’s department were “searching for a kidnap domestic assault suspect,” and they say they identified a “male matching the suspect’s description in a vehicle.” They trailed the vehicle and tried to conduct a “traffic stop” when the man allegedly opened fire.

“At that time, an officer involved shooting occurred during which the suspect was struck several times in the upper torso,” the statement read. The man was pronounced dead at the scene, authorities said, adding that the car’s female driver was treated at a local hospital after being struck by gunfire and that a 7-year-old girl in the vehicle was uninjured during the incident. No deputies were injured, they said.

A day before the incident, Boone was charged Tuesday in Los Angeles County Superior Court with assault with a deadly weapon, false imprisonment, domestic violence and criminal threats, the Associated Press reported. (It is unclear if these were the charges the LASD were referring to in reference to the pursuit precipitating the shooting.)

The circumstances surrounding Fuller’s death, along with the death of Malcolm Harsch — another black man who was found hanging from a tree in California — are currently under active review by the FBI, U.S. Attorney’s office for the Central District of California and the Department of Justice Civil Rights Division. Federal authorities are trying to determine “whether there are violations of federal law” in the two incidents.

Police had initially said there was no evidence of foul play in either death; on June 12 the Los Angeles County Sheriff’s Department said Fuller’s death was likely a suicide but families of both men have said the men were not suicidal. 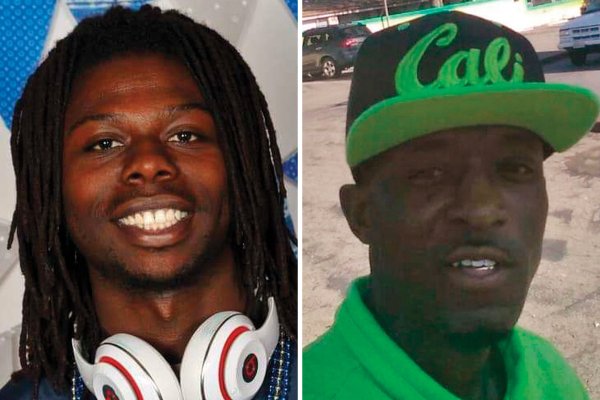