Medical staff and Rashtriya Swayamsevak Sangh (RSS) volunteers wearing Personal Protective Equipment wait to start a door-to-door medical screening inside a slum to fight against the spread of the COVID-19 coronavirus in Mumbai on June 17, 2020.
INDRANIL MUKHERJEE/AFP via Getty Images
By Billy Perrigo

India reported its highest daily increase in recorded COVID-19 deaths so far on Wednesday, taking the country’s death toll up by more than 2,000 to 11,903.

The majority of the 2,003 new deaths recorded Wednesday were largely down to counting technicalities, with deaths from previous days, mostly in June, being recorded for the first time. The average daily death toll for the seven preceding days was much lower and more constant, at 348 per day. Still, experts fear the country will face larger increases in confirmed cases in the coming weeks, with confirmed cases in India rising at one of the fastest rates in the world. They reached a total of 354,065 on Wednesday, making the country the fourth worst-affected globally after the U.S., Brazil and Russia. Confirmed cases in India are doubling every 18 days, more quickly than each of those countries, even as the Indian government continues to ease tough lockdown measures it imposed in March.

On Monday, the chief minister of Tamil Nadu, one of the worst-hit states in the country, said a stringent lockdown would be reimposed in the south Indian city of Chennai and its surrounding districts, beginning on Friday. Confirmed cases in the city have now passed 48,000. And earlier in June, the deputy chief minister of Delhi warned the number of cases in the capital could rise as high as 550,000 by the end of July, requiring 80,000 hospital beds—more than eight times the city’s current capacity. On Sunday, India’s central government announced Delhi would receive 500 more train carriages converted into hospital wards, adding an extra 8,000 beds.

Even so, India’s central government is going ahead with easing lockdown. On June 8, the government allowed temples, mosques and churches across the country to reopen, along with restaurants and hotels. Prime Minister Narendra Modi told state leaders on Wednesday that they should get ready for the next phase of his “unlock” program. “The spread has been kept under control,” he said. “Through timely tracing, treatment and reporting, the number of those recovering is rising.”

While it’s true the number of people recovering is rising, so is the death toll. The majority of Wednesday’s surge came from Mumbai, already India’s worst-affected city by death toll, which recorded 862 new deaths. That brought the city to a total of 3,165, rectifying a counting error from previous days. While a substantial increase, only 55 of those deaths were logged in the last 24 hours, according to city leadership, meaning the increased numbers do not reflect an emergency on the ground. There was also an uptick in the death toll in Delhi, which added 437 deaths on Wednesday, with 93 recorded in the last 24 hours. Officials said the reason for the large increase was a reexamination of death records from the past four days that had been missed in the official numbers.

Despite the surge in cases not being as bad as it appears at first glance, experts warn the situation in India could get a lot worse. “India may be below America right now [in overall cases and deaths], but I’m worried that in a month or six weeks, things are going to look much worse,” says Dr. Ashish Jha, director of Harvard University’s Global Health Institute. Because deaths lag behind new cases by a few weeks, he warns India is yet to see the full impact of the lockdown being eased.

India’s demography could also contribute to the situation worsening. The country of 1.3 billion has huge concentrations of people densely packed into cities, where social distancing is near-impossible. And there is just one hospital bed for every 2,000 Indian citizens, 100 times less than the World Health Organization’s recommendation of one per 20.

Another complicating factor is that the epicenter of the disease is likely to spread away from Delhi and Mumbai, financial centers that are comparatively well-served by healthcare infrastructure, and toward poorer, densely-populated states like Uttar Pradesh and Bihar that don’t have the capacity to handle large viral outbreaks, Jha says.

Modi has sought to dispel fears that a second lockdown is on the horizon. He may have no choice, Jha suggests. “India was one of the few countries to lock down before they had a large number of cases,” he says. “But locking down doesn’t eliminate the virus, it just delays. I’m worried that the prolonged lockdown was not used effectively enough, and now we’re starting to see big increases in cases. Another lockdown is going to be very, very hard.” 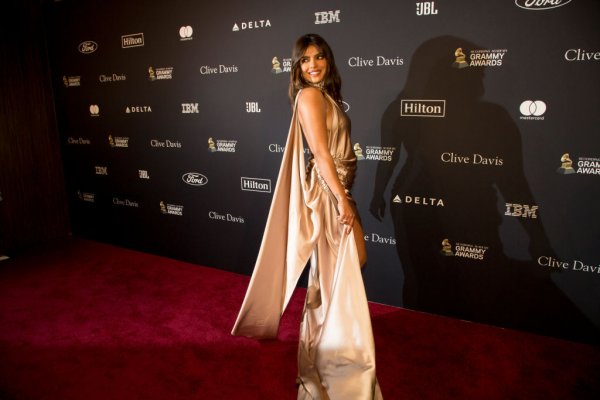 Bollywood Stars Face Backlash for Denouncing Racism in the U.S.
Next Up: Editor's Pick