The coronavirus pandemic may have brought the world to a halt, but not a decades-old rivalry between India and China at their remote Himalayan border, where a clash has led to the deaths of at least 20 Indian soldiers and, according to unconfirmed reports, even more on the Chinese side.

A series of standoffs had broken out over recent weeks between troops of both nuclear powers along the disputed demarcation in the Galwan Valley. On Monday, a huge brawl erupted over the construction of a Chinese installation within the Line of Actual Control (LAC), which has marked the frontier between the world’s two most populous nations since a war in 1962.

No shots were fired, the Indian army says, but the two sides set upon each other with rocks and clubs, according to reports, with combatants savagely beaten and tossed into the freezing waters of a nearby river. While India says that it lost 20 troops in the skirmish, Beijing has so far refused to release any details, causing murmurs of anger on Chinese social media. Unconfirmed reports from Indian media and U.S. intelligence sources suggest China suffered 43 casualties, including 35 deaths.

Col. Zhang Shuili, a Chinese military spokesman, said in a statement reported by Chinese state broadcaster CCTV that India “deliberately launched a provocative assault” and “broke their promises and once again crossed the [LAC] to engage in illegal activities.”

Some Indian soldiers were reportedly also captured by the People’s Liberation Army (PLA). In India, posters of Chinese President Xi Jinping were burnt in the street. Extra police were seen posted outside the Indian Embassy in Beijing on Wednesday.

“Both governments want to dampen down the hostilities,” Prof. Bharat Karnada of the Center for Policy Research in New Delhi tells TIME. “But something has been set in motion, certainly in India, in terms of a popular demand for retributory action.”

In a statement, the U.S. State Department said it was “closely monitoring” the flare-up. “Both India and China have expressed a desire to de-escalate, and we support a peaceful resolution of the current situation.”

China’s more aggressive posture in the region is in line with a doubling down on territorial claims since Xi came to power in 2013. The strongman has made the goal of forging an army able to “fight and win wars” a central tenet of his military strategy.

From mid-February to mid-March, China extracted a record quantity of natural gas from the South China Sea, where a Chinese Coast Guard vessel also rammed and sank a Vietnamese fishing trawler in early April. The military has engaged in airspace incursions and aggressive naval maneuvers against Taiwan—a self-governing island that Beijing regards as a breakaway province.

China also appears to be taking advantage of the fumbled U.S. handling of the coronavirus pandemic. Recent drills showed China “is capable of driving intruders and unfriendly priers away” as “COVID-19 has significantly lowered the U.S. Navy’s warship deployment capability in the Asia-Pacific region,” Wei Dongxu, a Beijing-based military expert, told the state-run Global Times.

Prof. Tai Ming Cheung, an expert on China’s military at UC San Diego, says that while the PLA has become more assertive, it has been careful not to get into any shooting wars that might quickly escalate into full blown conflict. “So this clash with India raises the question whether the PLA has changed its calculus.”

The desolate border—which stretches for 2,100-miles—has proved a trouble spot for decades, more recently during a 72-day standoff in the Doklam region in 2017. But tensions now seem to have boiled over due to India’s construction of a new road to an airbase. The Chinese installation appears to have been overlooking it.

China has eight nations on its frontiers—including four nuclear-armed states—and is no stranger to border disputes. However, Beijing has settled those of note over recent years with the exception of the dispute with India.

“Negotiations over defining the border haven’t progressed for the past 40 years,” says Prof. Jingdong Yuan, an Asian security specialist at the University of Sydney. “In the meantime, both sides have continued to strengthen their positions in order to increase their bargaining chips.”

Yuan adds that Monday’s death toll could have been much higher were it not for a convention designed to deescalate tensions that says both sides typically patrol the LAC without firearms.

And while Xi and Indian Prime Minister Narendra Modi have ostensibly maintained a cordial relationship, with face-to-face meetings in both 2018 and 2019, most galling for New Delhi is Beijing’s aggressive courting of India’s old enemy, Pakistan. “Pakistan is turning more and more into a client state with China pulling the strings,” says Karnad.

A cornerstone of the BRI is the so-called China-Pakistan Economic Corridor (CPEC), which consists of $87 billion of dams, power plants, roads and railways winding from China’s restive westernmost province of Xinjiang through disputed Kashmir and south to Pakistan’s Gwadar Port. The project has contributed to the geo-strategic importance of the area around Galwan, heightening tensions.

“This looks to be the first time Chinese soldiers have been sacrificed in conflict over the past two decades,” posted a user on China’s Twitter-like networking platform Weibo. “We should act instead of being bound by the so-called big picture.”

Correction, June 17: The original version of this story misattributed a quotation on Weibo. It was a reply to a post by Hu Xijin. 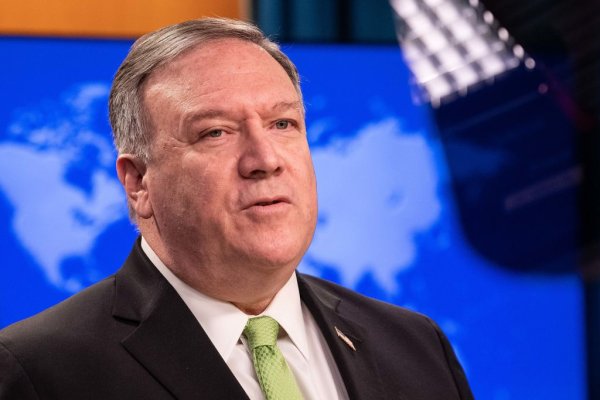 Pompeo Slams China's 'Coercive Bullying' Against the U.K.
Next Up: Editor's Pick