An editorial that ran in China’s Global Times Tuesday has ramped up the rhetoric in an ongoing military dispute along a portion of the Sino-Indian border.

The English-language Global Times is published under the aegis of the Chinese Communist Party mouthpiece, the People’s Daily.

Under the headline, “India will suffer worse losses than in 1962 if it incites border clash” the newspaper said that New Delhi needed to be taught “a bitter lesson” for allegedly trespassing across the border in Sikkim border, known in China as Donglang.

The headline refers to the year China launched offensives against India in the Ladakh region.

“We firmly believe that the face-off in the Donglang area will end up with the Indian troops in retreat,” the editorial said. “The Indian military can choose to return to its territory with dignity, or be kicked out of the area by Chinese soldiers.”

It continued: “The Chinese public is infuriated by India’s provocation. We believe the Chinese People’s Liberation Army is powerful enough to expel Indian troops out of Chinese territory.”

Willy Lam, a professor at The Chinese University of Hong Kong’s centre for China studies, tells TIME that while hawkish editorials do not necessarily reflect the intention of the Chinese government, “this unusually pugilistic article [is] geared toward establishing the moral high ground for China.”

It’s unlikely Beijing would want to risk an accidental skirmish with India, let alone a full-fledged war similar to that in 1962 — particularly in the midst of North Korean missile tests and diplomatic tension on multiple fronts over maritime borders. Nevertheless, says Lam, “Xi wants to appear strong and “in control” in the run-up to a critical party congress scheduled for late autumn.” 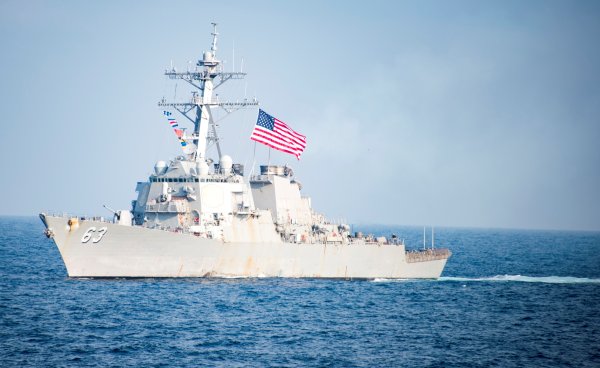 Beijing Hits Out at U.S. Navy Exercises in South China Sea
Next Up: Editor's Pick