People Really Do Get Their Civil Rights History From Movies Like The Help. The Problem With That Is Clear

As the death of George Floyd and the protests that have followed trigger a new level of awareness of systemic racism, many non-Black people are now engaging in the crucial work of educating themselves about the history behind this moment. Many of the most popular books on the topic quickly sold out, and several platforms made it free to watch movies and TV shows about civil rights. It was in this environment that, last week, the 2011 movie The Help became the most watched film on Netflix.

Set in 1963 and 1964 in Jackson, Miss., The Help was written and directed by a white man based on a novel by a white woman and creates a fantasy version of race relations during the long era of segregation. Highly comedic scenes minimize occasional glimpses into the genuine cruelty inflicted on Black people. Aibileen (Viola Davis) and Minny (Octavia Spencer)—the titular “Help,” and part of cinema’s long history of “Mammy” characters—make audiences laugh and forget about harmful stereotypes. Davis has said in the past that she regrets making the movie, and this week her co-star Bryce Dallas Howard encouraged viewers to instead watch “films and shows that center Black lives, stories, creators and/or performers.”

The need to amplify Black voices and actual Black experiences has never been clearer, and there are other reasons why it matters that The Help is being watched at this moment: From 2009 to 2016, while researching the ways the civil rights movement is depicted on film, I compiled, read and analyzed several thousand user reviews on Amazon, and my research shows that people who watch historical movies tend to accept what is presented as the definitive historical truth. Moreover, such was true for The Help more than any other civil rights film.

In thousands of comments ranging from a few sentences to several paragraphs, people repeatedly describe The Help in similar ways: “This movie shows a true depiction of life during the times of segregation”; “Another classic piece of work. How completely taken back to the fifties and sixties I felt”; “Wonderful and tragic story. I am amazed that I lived in these times and had no idea of what was happening in the South”; and “I’m a 59-year-old white man, and this movie made me cry my eyes out…It surprises me to hear that the book is a work of fiction. These stories seem so real.”

It speaks volumes to the ways in which The Help moves people that so many have left comments attesting to its accuracy—and warrants even more attention to the movie’s problems.

Only a tiny number of reviews express skepticism. One such review says that The Help gives a “pretty tame version of the truth.”

Of the entire film, Davis has since conceded, “It wasn’t the voices of the maids that were heard,” yet people believe that the entire movie is about the experiences of actual maids. The Help centers around Skeeter (Emma Stone), a white woman, and her quest as the first person to tell the world what Black women working as maids really went through. In reality, there are many records of what that life was like—and Black men and women had been sharing their experiences, without white people begging them to do, since enslavement. The actual experiences they shared—ones of harassment, dire poverty, rape, surveillance—are nowhere to be found in The Help.

While the movie takes a feel-good stand against racism, it doesn’t include any actual activism or change for Black rights. Worse, The Help’s portrayal of Mississippi in the early 1960s stands in the starkest of contrasts to testimonies by Martin Luther King Jr., by Anne Moody and by Nina Simone—people with firsthand experience who maintained that the state was the most racist of places. This matters in a time when more people claim to seek and promote Black voices. And still worse, The Help creates a simplified world where merely saying sorry is enough to be absolved of racism.

Among some viewers, the desire to believe that The Help is true—that race relations aren’t that bad—is clear. Going back to Amazon reviews, one says, “Good thing it wasn’t too serious,” while another says, “I’m sure this film expresses some truth, but there just might be some exaggeration here. We never treated anyone the way this film assumes that all whites treated blacks in those days.” In contrast, further showing how difficult it can be for some to think about history and race, one person writes, “My entire family is from the South. I get aggravated at movies that demonize my family and ancestry. The film is good, but it’s at the expense of my family.”

People who get their civil rights history from The Help—even people who recognize the tragic deaths of Ahmaud Arbery, George Floyd, Tony McDade and Breonna Taylor—could easily embrace the popular notion that there was once a time with fewer racial tensions in the United States. This belief encourages people to look for someone to blame for things getting worse, instead of acknowledging that racism has been deeply embedded in the United States since its creation. Others might see the story as proof that racism is less urgent a crisis than it is.

The stories that we tell, even when they’re just stories, matter. This is nothing new. Ralph Ellison, known best for his novel Invisible Man, saw this truth 70 years ago. “Obviously these films are not about Negroes at all; they are about what whites think and feel about Negroes,” he wrote. “And if they are taken as an accurate reflection of that thinking, it becomes apparent that there is much confusion.”

In today’s world, watching The Help for mere entertainment is impossible. Its messages leave harmful, if intangible, imprints. Of course, Hollywood does often play an important role in making the past approachable; times are often somewhat fictionalized, and drama is added. But plenty of movies convey powerful historical truths without sanitizing the past. In a society attempting to face the hard facts about itself, deviations from the spirit of truth have consequences.

Andrew Joseph Pegoda teaches women’s, gender and sexuality studies; religious studies; and English at the University of Houston. He tweets at @AJP_PhD. 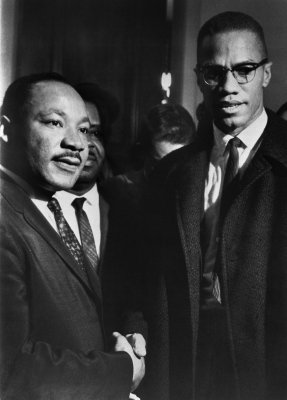 George Floyd's Case at the UN: Civil Rights or Human Rights?
Next Up: Editor's Pick