A Rage Against the Machine fan said he was surprised to learn that the band that wrote songs like, “Wake Up”, “Killing in the Name of,” “Bulls on Parade,” and “Take the Power Back” was politically minded. After making his feelings known on Twitter about how he may have been accidentally listening to pointed songs for years, other Twitter users have been mercilessly roasting them for it, and the band’s guitarist Tom Morello joined in the fun.

It started when a Twitter user named Scott Castaneda tweeted at Morello on Tuesday night. “I used to be a fan until your political opinions came out. Music is my sanctuary and the last thing I want to hear is political BS when I’m listening to music,” Castaneda wrote, seemingly unaware that he had been listening to one of the more popular political rock groups the whole time.

Morello responded to his evidently former fan’s query. “Scott!! What music of mine were you a fan of that DIDN’T contain “political BS”? I need to know so I can delete it from the catalog,” he tweeted.

The exchange prompted thousands of replies and jokes that skewered Castaneda for apparently missing the group’s political bent that is clear in its song and album titles, lyrics, and band name.

When reached for comment—and to confirm he was not a bot, but a real person—Castaneda told the Detroit Metro Times, that while he knew the band was political, he was “tired” of hearing “political stuff” from musicians and feels that “it’s getting worse and worse and worse,” which lead him to tweet his dismay. While Castaneda told the outlet that he “rarely” went on Twitter, he now appears to have deleted his account entirely and may have missed some of the 10,500 replies his tweet garnered. 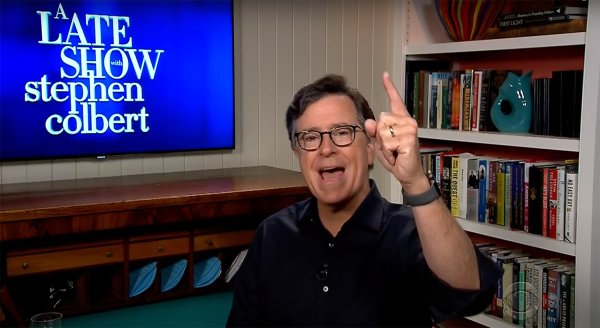 Stephen Colbert Addresses What 'Defund the Police' Really Means
Next Up: Editor's Pick