U.S. Secretary of State Mike Pompeo speaks the press at the State Department in Washington, DC, on May 20, 2020.
Nicholas Kamm—AFP/Getty Images
By Amy Gunia

Secretary of State Mike Pompeo slammed the Chinese government Tuesday for what he called “coercive bullying tactics” against the United Kingdom.

Pompeo referred to Beijing’s reported threats to punish the London-based bank HSBC and to break commitments to build nuclear plants in the U.K. if Chinese telecoms giant Huawei is not allowed to build the country’s 5G networks.

“Free nations deal in true friendship and desire mutual prosperity, not political and corporate kowtows,” he said in a statement.

He added that the Chinese Communist Party’s “browbeating” of HSBC “should serve as a cautionary tale.” Last week, the bank’s Asia-Pacific CEO, Peter Wong, a member of China’s top political advisory body, signed a petition supporting a controversial national security law that Beijing plans to enact in Hong Kong following a year of anti-government protests in the semiautonomous territory.

“That show of fealty seems to have earned HSBC little respect in Beijing, which continues to use the bank’s business in China as political leverage against London,” Pompeo said.

HSBC, which is headquartered in London but has deep roots in Hong Kong, did not immediately respond to a request for comments.

Pompeo said that the U.S. stands ready to help the U.K. with building nuclear plants and developing 5G solutions. “Beijing’s aggressive behavior shows why countries should avoid economic overreliance on China,” he said.

Tensions have been ratcheting up between Washington and Beijing in recent months over the coronavirus outbreak and Beijng’s actions in Hong Kong. In late May, Pompeo said that Hong Kong no longer exercises the high degree of autonomy it was promised for 50 years after retroceding to China in 1997. His announcement came after Beijing decided to bypass Hong Kong’s legislature to impose the sweeping new national security legislation.

In May, Washington released a major China policy document that argues 40 years of U.S. engagement with China has failed to produce the “citizen-centric, free and open rules-based order” the U.S. had hoped it would. The document announced that the U.S. would take a “competitive approach” to China “based on a clear-eyed assessment of the CCP’s intentions and actions.” 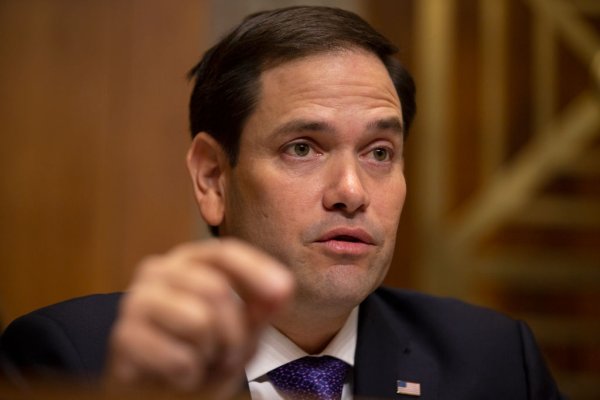