Dr. Anthony Fauci: How Larry Kramer 'Transformed the Relationship' Between Activists and Government

Playwright, novelist and journalist Larry Kramer poses at his home in New York City on Nov. 29, 1989.
AP
Ideas
By Dr. Anthony Fauci
Fauci is Director of the National Institute of Allergy and Infectious Diseases

I have known Larry Kramer, who died at 84 on May 27, for more than 30 years. We had an extraordinary, complicated but wonderful relationship that ultimately culminated in a very deep friendship, affection and I would even say love for each other. He was unique in that he totally transformed the relationship between activism and the scientific, regulatory and government community. He realized early on in the AIDS crisis that the country as a whole, in the form of the federal government, was not paying much attention to the emerging pandemic. He became very outlandish and even abusive in the way he confronted authority, because he wanted to get that attention.

Back then, I was the scientist leading the AIDS effort at the National Institutes of Health. To him, I was the face of the federal government. He decided the best way to bring attention to all of this was to come out and attack me — which he did publicly and in a somewhat vicious manner. He wrote an article I laugh about now, but it was on the front page of the magazine section of the San Francisco Examiner: an open letter to an incompetent idiot Dr. Anthony Fauci. He called me a murderer for being negligent about HIV. That shocked me a bit, but it got me to think that I needed to know a little more about this guy. So I reached out — and over the years we went from acquaintances who were adversarial to acquaintances who were less adversarial to friends to very, very dear friends.

He had so many aspects to his character; he was a very talented guy, an amazing playwright, just extraordinary. He also had a unique capacity, when there were opposing arguments, to alienate everybody on both sides of the issue. He was a firebrand who brought attention to things. He was totally abrasive, confrontational and theatrical. He didn’t care who he offended because he felt he was doing the right thing. I remember one time we had had dinner and a week or so later we were together on a TV show and in the middle of a discussion, which I thought was amicable, he started trashing me, saying he was disappointed in this and that. I thought, Wow, what did I do to get him so upset with me? I drove home, and 15 minutes later, he calls me. He said, ‘Hey Tony, wasn’t that great? What a great job we did! You’re not pissed off, are you?’ I said, ‘No, how could I be pissed off with you?’ That was typical Larry.

I will miss a lot about Larry, but I think his warmth most of all. People only saw the firebrand and didn’t realize what a sensitive guy he was. He cared about people, and he was deeply, deeply committed to the good of the gay community. Anything in any way that discriminates against or disenfranchises them, he lashed out like a tiger. He looked at himself as the guardian of the gay community. He stands out as an individual figure who made a big difference, and was truly the leader of a transformation. How many figures are there who blast away at what they feel are injustices, who use tactics no one has ever used before?

Those were the last words we said to each other that last night. That was a good way to end a very long and dear friendship. 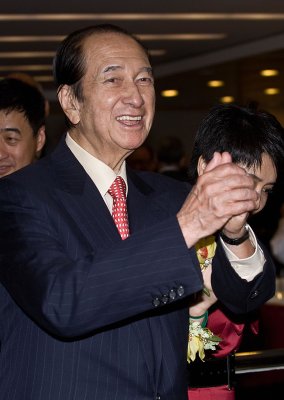