It's Scary to Think About the Future. But What I Know About My Generation Gives Me Hope

On our weekly catch-up Zoom calls, my friends and I talk for hours about the books we’ve been reading, new yoga poses we never thought we’d be able to twist into, and which season of Succession we preferred.

When one of my friends mentions a boy she’s been “talking to,” we erupt in excitement, but the conversation dims to an awkward murmur when someone asks whether they’ll ever actually go on a date.

The prospect of returning to university in October is similarly a topic we skirt over. Inevitably, someone will exclaim, “Anyway, we’ll see! There’s no point speculating. Did you guys read Robert Pattinson’s article in GQ?’”

In these conversations, I’ve noticed a recurring reluctance to think too far ahead. For my generation, the future was scary enough before we entered a global pandemic. Suddenly, the future feels so uncertain that speculating has become futile. It is comforting, however, to focus on the present and what I already know about my generation.

Although we have been dismissed as Generation Snowflake, young people globally have capitalized on our collective power. When the issues we care about were overlooked, we realized that political apathy was not an option. We showed that when young people channel our energy and take to the streets demanding change, our efforts can’t be ignored.

COVID-19 has also illuminated the generational differences in how we respond to catastrophe. Although it’s mocked as a meaningless distraction by those who don’t get it, it’s no wonder young people have taken to TikTok during the pandemic. We value authenticity and simplicity, honesty and humor. We’re also creative, energetic and resilient, even in the face of fear and uncertainty.

Worldwide, we are watching our unwritten futures becoming increasingly bleak and unpredictable. Inequalities are widening, and the job market feels doomed before we even enter it. When this is all over, we will need to rediscover our common humanity and find the strength to reimagine a radically different future. I am confident that my generation is up to the task. It will require us to do what we were already doing: question the status quo, campaign for systemic change, and refuse to neglect the health of our people and planet.

Finding hope is hard. In the midst of a crisis in which hundreds of thousands are dying and the most vulnerable, and most oppressed, are being hit the hardest, daring to choose hope over fear, worry or panic seems impossible. But given the ambition, optimism and passion that characterize my generation, I think we’ll get through this. 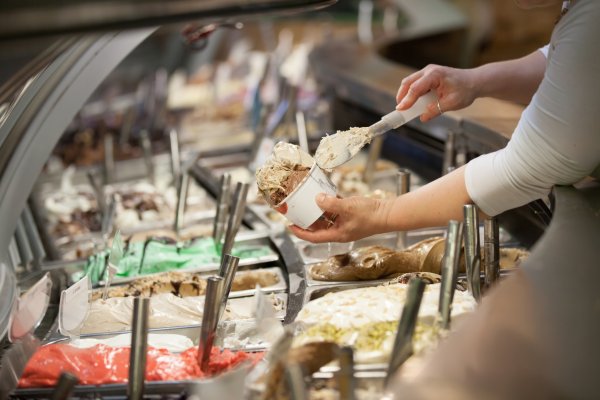 Small Business Owners Say They're Banding Together to Adapt During the Pandemic
Next Up: Editor's Pick