Growing Up in a Cult, I Never Understood Family. Then I Became a Father

We were never young. We were just too afraid of ourselves. No one told us who we were or what we were or where all our parents went. They would arrive like ghosts, visiting us for a morning, an afternoon. They would sit with us or walk around the grounds, to laugh or cry or toss us in the air while we screamed. Then they’d disappear again, for weeks, for months, for years, leaving us alone with our memories and dreams, our questions and confusion, the wide-open places where we were free to run like wild horses in the night.

Early one morning, the woman I’d been told to call “Mom” appeared in the dark to take my brother and me away. This is how I remember it:

It happens all at once, my brother and I sitting naked in the bath, playing with our toy boats, listening to the music and the sound of muffled voices from the next room. We are swaddled in red and green wool blankets and readied for sleep: story time, pajamas, the rubbing of tired eyes. Goodnight canyon. Goodnight mountain. Goodnight building. Goodnight stars. Crayons are put away, cubbies cleaned, teeth brushed. I drift to sleep and am rattled awake, surprised to see my mother’s face with her shaved head, her hazel-green eyes, her round Dutch cheeks and crooked yellow coffee-stained teeth.

No one ever tells us we escaped from a cult. No one uses that word, except Grandma. Everyone else calls it Synanon or sometimes they say it was a “commune.” And everyone says it was great—”before it went bad.” That’s how they put it, like milk that went sour.

Mom says Synanon was going to change the world. It would be the new way people lived, all together, being honest and free and not taking drugs. She says people needed a new way to live because the old way wasn’t working anymore and she was proud to be part of it. It all sounds great when she tells it but did they have to make it so the kids were alone so much?

“Synanon was mild?” Grandma gets so mad when Mom says that. “They took your kids, Gerry, and put them in that, that place.” She spits the word out like a piece of meat caught in her small teeth.

“Synanon had a good school.” The School is where they put the kids when they took us from our parents. It’s where we all lived from the time we were six months old. Since Chuck, the Old Man, said that Dope Fiends would just mess up their kids anyway, we were all put in a building together to become children of the universe.

The journey I took after my mother, brother and I fled the cult into which I’d been born was decades long. It was, at turns, terrible and wonderful and life-changing and tragic. We lived on the run. We experienced violence. We learned to hide. And in some ways it was as if the child invented the man I became in order to deal with these traumas. I invented a musician, a performer who presented a façade to the world. And eventually I realized that the search for love, for something called a “family” is the fiercest and most important journey of a lifetime, especially for those of us born so far from it.

My own son was born on a quiet February morning. He came into the world purple and screaming, his arms small, his fingers tiny, his face swollen. They wiped him down and warmed him up and handed him to my wife, where he nursed, rooted his head into her shoulder and fell asleep.

That night I cradled him in my arms thinking, “You’ve had the weirdest day, little man.” The world seemed so impossibly dangerous, so many sharp corners and so many hard places, so many things I needed to protect him from. I put him down and lay awake listening to his breath, all the little gurgles and sneezes, the steady rhythm of his inhales and exhales. The sounds brought such a blinding joy to my chest. What was in those barren corners before you arrived? When we took him home, he filled the quiet hallways of our house with his cries. My eyes lingered on those fingers and counted his toes.

All those years before, all those times when I’d see a family at a park or a restaurant—their closeness, their physical proximity to each other, the comforting ease of it—I felt like a stranger looking in from a window. And I wondered if I would ever have these basic things that seem holy to me now as we lie on the bed and play music, he kicks his feet to “Burning Down the House” by Talking Heads, and we laugh, our arms hanging over the side to scratch the ears of the black Labrador we rescued and named Bowie. It feels magical to me, this gift I never thought I would have: a family. To simply be a husband to a wife, a father to a son.

Our wedding day was a beautiful promise, but I think I became a husband not by wearing a tuxedo and reciting those breathless lines but later when I was able, finally, to add new features to the landscape of my mind: a quiet stream of patience and acceptance, a shady grove for tolerating the fear that once prompted me to run, an open valley of forgiveness, loyalty, belief in her and, above all else, a warm field we try to visit every day, joy. I love my wife with a deep passion, but after a short time I realized that the heart of marriage is an epic friendship.

When my son reached six months old, the age at which Synanon children were taken from their parents, the thought occurred to me how monstrous it would be to give him to strangers. How devastatingly hard on him, on us. It seems so much clearer to me as a father than it did as a child. This was abuse. It was wrong. It was violent and destructive. It left every child this happened to a lifetime of insecurity, a fear of closeness. Countless stories of abuse have emerged, told by the children of Synanon who’ve become adults: molestations and beatings, ritualistic shaming and endless neglect, children pinned down and shaved to the scalp for minor infractions, the teenagers constantly trying to run away, parents disappearing for years on end, leaving their kids in a dog-eat-dog world where they had to compete with other children for basic needs of comfort, love, security. They left a hole too big to fill.

I don’t blame my mother or father, and I know they did not realize what a grievous mistake it was to put us in that place. And I’m eternally grateful for the kindness of Bonnie, the woman who watched over me at the School and eventually became nothing less than a mother, because she made it easier, at least for me. But it was a cult. Cults make people do bad things. Chuck was the Leader and he decided one day that we wouldn’t have parents. So we didn’t. I think of my grandfather Nat, who lost a family in the Holocaust to that idea, who used to remind us all, “Power corrupts. Absolute power corrupts absolutely.”

Of all the stories Synanon tells about itself in those dusty books and online discussion boards for the people who left, there is a massive hole when it comes to the children, who were made to live like orphans. It’s no one’s fault, some say. It’s everyone’s fault, others disagree. It doesn’t matter whose fault it is, only that we understand ourselves now, we orphaned children of the universe, so we can find a path back from all that pain.

I can’t stand the thought of not seeing my son each morning. That little face, the way he looks at me from across the table and we both crack a smile like we share a joke, our silly games running breathless through the house. Bath time, bedtime, the lazy mornings in bed with him and my wife, feeling quiet and whole. There is nothing more precious to me. None of this was what I imagined when I pictured a family, which was a feeling that always warmed me or made me aware of how much I was loved. The reality is more a fierce sense that I am not important, that I would instantly give my life for theirs. My nightmares are no longer about things I might face but about how they could suffer. If I got sick, who would read to him before bedtime? If I died, who would be his father? Her husband? I must stay healthy because he deserves a Dad. I must stay humble and continue to add features to the landscape because she deserves a good husband. We are a family and that means we need each other—and this simple and impossible thing has given my life a purpose.

From Hollywood Park by Mikel Jollett, Copyright © 2020 by the author and reprinted by permission of Celadon Books, a division of Macmillan Publishing Group, LLC. 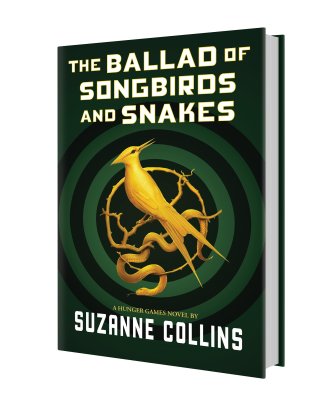