What Jane Austen Can Teach Us About Staying Home

Illustration by Jenny Kroik for TIME
By Raisa Bruner

Long, solitary walks. Family dinners. Days spent wondering when life might change. Evenings spent in quiet entertainment: reading, scrolling, reminiscing. These are the routines of present-day isolation. But give or take a few centuries, a few social-media apps and more than a few civil rights, I might as well be describing the days of Jane Austen’s heroines. There’s a strangely comforting echo between the staid lives of her early 19th century women and current circumstances, for those of us fortunate enough to have our greatest challenge be coping with staying home.

In my first 50 days of isolation with family in our Idaho town, I read only Austen’s novels—and I read them all. Something about the old-fashioned language, rules and predictably happy endings of her sharp romantic comedies offered stability. I was privileged to be safe and well. But like so many others coming to terms with a confined reality, I also felt somewhat adrift, cut off from the gratifying motion of life in the 21st century.

I benefit from many freedoms, including my choice of a profession, far more than Austen’s characters could claim. But the more I immersed myself in the worlds of Persuasion’s sweet-tempered Anne Elliot, Sense and Sensibility’s thoughtful Elinor Dashwood and fellow protagonists, the more I found an unexpected kinship. To be a woman of a certain class in Regency England was to be socially distanced by default—isolated in the country-side, living at the pace of the seasons, beholden to restrictions set by others (namely, men). Set aside the reasons for being confined and we’re left with a defining commonality: the need to fill our days at home.

Take Fanny Price of Mansfield Park, treated by family like a servant. With no opportunity for escape, Fanny relies dearly on her patience. While her cousins chase romance, she serves her aunts: as an exploited companion, sewing in demure silence, and as a constant target of snide comments. If Fanny can be kind and forgiving to less-than-deserving relatives—well, that’s a humbling example for someone who recently snapped when asked to fix the TV.

At heart, Austen’s heroines are homebodies, attached deeply (by default, perhaps) to their families and the locations they frequent on their moody walks. Emma Woodhouse is so committed to her father and their estate that she persuades her future husband to move in. The Dashwood sisters, though forced to move to a small cottage after their father’s death, find joy there. “Is there a felicity in the world,” Marianne asks while on a walk in nearby fields, “superior to this?”

Thanks to her family’s precarious finances, Austen herself relied on the generosity of relatives, moving often. In the last year of her life, she was working on Sanditon, about a young woman visiting a family at their seaside home, when she became ill. “Sickness is a dangerous indulgence at my time of life,” she wrote to her niece, forbearing even in bad health. She died a few months later, leaving the bulk of Sanditon unwritten. Even so, it is her most acute social critique, a spiky takedown of social climbers and travelers. It hints at her distaste for those who could not be satisfied with staying home, a luxury she could not always afford.

It can be strange to reorient to a single place, to recognize that our modern transience—moving homes, taking vacations, mingling with strangers in bars—is in some ways a recent privilege. Before this year, I had never noticed the snow’s slow retreat from our porch or watched the buds on the cottonwood trees turn spring’s iridescent green. I hadn’t sat down to dinner with the same people every night in years; hadn’t helped plan a week’s worth of home-cooked meals, written a letter or sipped a drink with nowhere to go. Things are not as they should be, but I can admit that these are joys too—modest domestic pleasures that Austen’s women know and cherish so well. 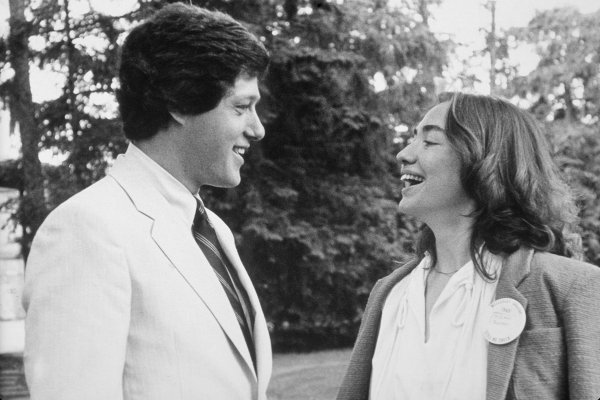 What If Hillary Clinton Hadn't Married Bill?
Next Up: Editor's Pick