Joe Biden Says He Would Tell Governors to 'Listen to Dr. Fauci' and 'Facts' if He Were President

Former Vice President Joe Biden said Tuesday morning that if he were President he would tell governors to “listen to Dr. [Anthony] Fauci,” the United States’ top infectious disease expert who testified before the Senate on Tuesday that reopening states prematurely risks creating new outbreaks of the virus.

“Do you believe states are opening up too quickly or too slowly?” George Stephanopoulos asked the Democratic presidential nominee Tuesday on Good Morning America. “If you were President right now, what would you be telling governors to do?”

“I would be telling governors to listen to Dr. Fauci,” Biden responded. “Listen to the scientists. Listen to what the facts are.”

President Donald Trump has repeatedly pushed for states to reopen their economies, despite warnings from health experts that easing social distancing restrictions prematurely could be unsafe. On Monday, the President argued in a tweet that Democrats are moving too slowly to reopen their states for “political purposes.”

Fauci — the director of the National Institute of Allergy and Infectious Diseases — remotely testified before the Senate Health, Education, Labor and Pensions Committee on Tuesday. The doctor, who is a crucial member of the White House’s coronavirus task force, warned that states which choose to not follow the national guidelines for reopening could start to see spikes in cases of the virus. “The consequences could be really serious,” Fauci said.

The national guidelines say states should see a “downward trajectory” in coronavirus cases over at least 14 days before reopening. However, according to an analysis by the New York Times, case numbers are still going up in more than half of the 30 states that have begun reopening or plan to reopen shortly. Ultimately, the White House guidelines are non-binding and governors have the final decision on when and how to reopen their states.

“Look, this President has to focus on what’s going on here. We’re in a situation where there’s a great crisis,” Biden said to Stephanopoulos. “Everyone wants to open, George. The governors want to open. But they want to open in a rational way.”

The former Delaware senator added that the President “hasn’t done his work” to provide states the materials they need to reopen. In April, President Trump said the federal government would increase its efforts to obtain coronavirus testing material after governors from both parties criticized the federal government for leaving the responsibility for acquiring more testing primarily to the states. Health experts say the U.S. needs to dramatically increase its testing and contact-tracing capabilities in order for the country to resume business as usual.

Biden also said he’s eager to resume in-person campaigning, but rejects the notion that his campaign’s decision to follow social distancing guidelines will hurt his chances in November.

Stephanopoulos asked Biden when he expects to get back on the campaign trail, which has been derailed by the coronavirus pandemic. Instead of lobbying voters at the usual town halls, caucuses and rallies, Biden’s campaign has been forced to pivot to a primarily digital campaign.

Recent polling has shown Biden inching ahead of Trump as the President’s approval rating has slipped amid the coronavirus pandemic. A Monmouth University poll released on May 6 found that Biden has the support of 50% of registered voters to Trump’s 41%.

Biden added that he’s frustrated with “the whole notion” that the U.S. can “somehow” swiftly reopen and resume the election season as usual while facing a nearly unprecedented public health crisis.

“I’m anxious to go out and campaign,” Biden said. “When I campaign I’m usually the first one there and the last one to leave. I enjoy interfacing with people. I’m not trying to avoid it. But I’m trying to set an example as to how we should proceed in terms of dealing with this health and economic crisis.” 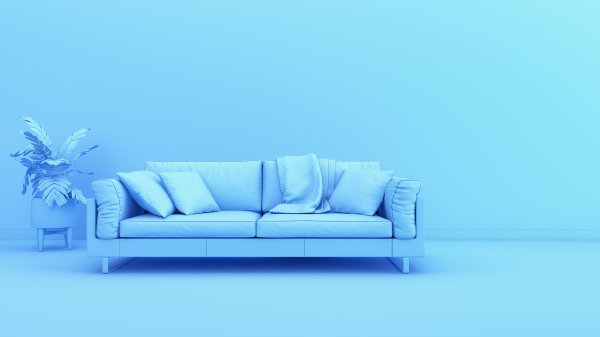 COVID-19 Is Making Americans Even More Sedentary. The Effects Could Be Long-Lasting
Next Up: Editor's Pick