'A Battle for the Soul of the Internet.' Joe Biden Tries to Adapt to a Digital Campaign

If you suddenly find yourself confined to your home, figuring out video chats, unsure how to do your job in a whole new world, then Joe Biden is just like you.

For nearly half a century, the former Vice President has been a hand-holder and a hugger, a back-slapper and shoulder-clapper. He built his career in a world of constant plane travel, crowds and caucuses, where a 77-year-old thinks nothing of shaking dozens of hands a day, or working a rope line for hours, looking voters in the eye and swapping stories and burdens.

But just as Biden was sewing up the 2020 Democratic nomination, this world suddenly ceased to exist. Which means that Biden, an analog politician if ever there was one, is suddenly running an entirely digital campaign. “I’m used to being in a television studio, or out standing before a couple thousand people talking, and here I am in my basement,” he said during a recent digital town hall with family YouTubers, flashing those famous Biden teeth. “I’m trying to learn, too.”

This shift has upended every political campaign in 2020, but it’s especially challenging for Biden, who had already served three decades in the Senate by the time Facebook was invented. He doesn’t have an intuitive sense of what goes viral and why, and he doesn’t tend to enrage or inspire in the ways that create online engagement. If Alexandria Ocasio-Cortez is fluent in the Internet, and candidates like Bernie Sanders and Elizabeth Warren have come to master it as a second language, Biden is still learning the basics. His campaign knows what’s at stake. “In the same way that the VP says this is a battle for the soul of a nation, it’s also kind of a battle for the soul of the Internet,” says Rob Flaherty, Biden’s digital director.

But it’s also clear that Biden’s digital campaigning is a work in progress. “He’s not a digital candidate,” says veteran Democratic strategist David Axelrod. “One of the reasons he hasn’t been able to raise money the way others have raised money is that he’s not of that medium.”

There’s no blueprint for campaigning through a global pandemic, but the campaign is gamely trying to adjust. Biden now has a cozy-looking video studio in the basement of his home, where he sits for hours calling into local news stations and live-streaming town halls with youth organizers and front line workers fighting COVID-19. So far, he’s stayed mostly on his own turf: he’s done four episodes of his podcast with figures ranging from Michigan Gov. Gretchen Whitmer to Rev. Dr. William J. Barber II. The campaign say they’ve generated 7.8 million video views across all platforms between April 4 and April 11, and 52.8 million views in the last month.

But other strategists say he can do more. “This is an opportunity,” says Lis Smith, a former top strategist for Pete Buttigieg. Smith says the campaign can maximize the moment by utilizing the “go everywhere” strategy she deployed on the Buttigieg campaign: ubiquitous news hits, constantly calling in to NPR stations and other local radio, and reaching new audiences by appearing on shows and podcasts that might not at first seem like a natural fit. Biden’s already beginning to branch out: on Thursday night, he’ll be on the popular Showtime show, Desus & Mero.

The campaign is also targeting a wholesome corner of the internet, where people are more interested in videos of Oprah and Tom Hanks than slinging insults on Reddit. “I think there’s two ways to win the Internet: one is with extremism, and the other is with empathy,” Flaherty says. “The campaign is leaning into putting his empathy on display.”

But in some ways, Biden is at a natural disadvantage in a digital campaign. While Trump lights up Twitter by picking fights and holding daily briefings, Biden’s livestreams often feature warmed-over excerpts of his stump speech. While Sanders is chatting on Instagram with Cardi B, Biden is more comfortable talking with historian Jon Meacham on his podcast. To young digital natives—many of whom supported Sanders in the primary—Biden’s campaign is falling victim to the silent killer of online engagement: sheer boredom. His podcast is “unlistenable,” says one top youth activist who supported Sanders. “The more they’re exposed to this version of Biden, the less young people like him.”

Empathy doesn’t necessarily translate to social platforms, either: algorithms often reward extremism over consensus, and outrage over comfort. “People tend to overestimate the wizard-like skills of the campaign digital team, and underestimate that a moderate is at a disadvantage in the Internet battle to a person on the left or right,” says Teddy Goff, a partner at Precision Strategies who was the digital director for President Barack Obama’s successful 2012 re-election campaign. “There’s a physics to this, and the physics are that the moderate who’s for continuity is at disadvantage.”

This is the central question facing Biden’s digital campaign: his penchant for collaboration is part of what made him appealing to many Democratic voters, but will it translate into passionate online support? “Joe Biden, by nature of being a consensus candidate, does not necessarily have the supporter intensity that other candidates would,” says Tyler Brown, a former digital director for the Republican National Committee who is now president of Hadron Strategies. “And so it becomes more difficult to leverage that into an effective online game.”

The Trump campaign learned that lesson early on. Since 2016, it has made stoking online outrage a core method for political outreach and fundraising. The strategy was so successful that Brad Parscale, who was the digital media director in 2016, is now the campaign manager. “Trump’s campaign is being run by a digital guy,” says Allen Fuller, co-founder of CaucusRoom, a social network for conservatives. “Is the Biden campaign structured to move that same way?”

Not yet. According to the digital agency Bully Pulpit Interactive, the Biden campaign has outspent Trump on Facebook and Google by about $3 million since March. But its digital team is the same scrappy crew as it was in the primary, and although the campaign plans to hire more people, they haven’t done it yet. Biden still makes his major decisions with mostly longtime advisers whose impulse is often to go presidential rather than trying to go viral.

Some strategists say that schtick is not breaking through. “We’ve got a lot of catch-up work to do,” says one Democratic strategist who advised a different 2020 candidate. “A Rose Garden strategy is gonna be tough to execute against Donald Trump.”

At the same time, some in Biden’s orbit think that modeling presidential behavior during a crisis is the best way to run against someone like Trump, especially when people are starved for competent leadership.

“Donald Trump is like our chief digital strategist in the Biden campaign. He stands up there every day, he lies, he’s hateful,” says top Biden adviser Ron Klain. “The ads cut themselves.” 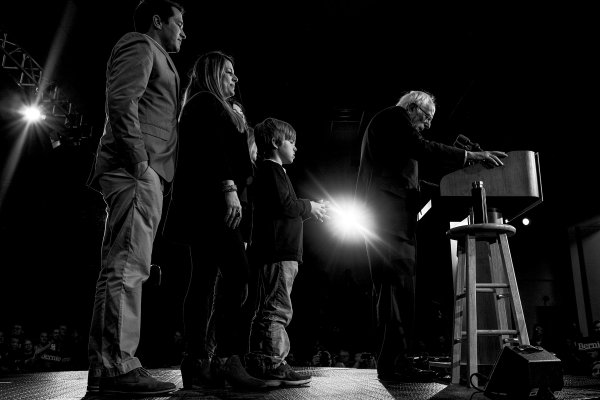