“On Sundays, the boulangerie belonged to Lyon.” This is how Bill Buford describes his new favorite spot in the neighborhood where he moved with his family in 2008. In Dirt, the latest memoir from the former fiction editor of the New Yorker, Buford has relocated to the gastronomic center of France to master cooking the country’s cuisine. Soon he discovers the boulangerie, a local touchstone run by beloved baker Bob, which attracts patrons from all walks of life each weekend. There’s the crowd that strolls in looking for warm nourishment after a night out. Hours later, early risers wait for buttery breakfast treats, cash in hand, in a line winding out the door. These images recall a world that feels far away amid stay-at-home orders: strangers crammed together, their common denominator not a worldwide crisis but stomachs growling for fresh baguettes. This makes Dirt a welcome reminder of simpler times.

Buford is not new to culinary memoir. The author documented a food-filled year in Italy in his best-selling 2006 book Heat, which chronicled his adventures as an amateur chef first in New York City and then in Tuscany, attempting to learn everything there was to know about Italian cooking while living with his partner Jessica. Dirt has some of the same ingredients: Buford is out of his comfort zone and wants to try his hand in the kitchen alongside the best in the industry. But the book adds a twist in the form of two sugar-loving new members of the expat crew: the couple’s 3-year-old twins. And as the family settles into a new routine in France, the few months Buford originally envisions spending in Lyon turn into five years.

The author’s perspective as a father, witnessing his kids immerse themselves in a foreign culture, keeps the memoir from being bogged down in the history and often aggravating precision of preparing French food. Instead, his writing is filled with humor and heart. When the twins try Bob’s pain au chocolat for the first time, Buford describes the moment with glee: “They had eaten nothing like it before — and didn’t understand why they should eat anything else.”

Food memoirs often romanticize the places in which they are set, but Buford never pretends that Lyon is glamorous. He’s enamored with the grittiness of the city: walls riddled with graffiti; streets with broken stones; and of course the food, which he writes “wasn’t grand, but was always good.” His admiration of Lyon, however, doesn’t mean he fits in. Jessica, a wine writer, speaks French easily, but he does not — and their outsider status sets up a tension that simmers throughout the memoir. Buford’s mission was to feel confident in a French kitchen. Through studying at a culinary institute and working at a Michelin-starred restaurant, he acquires the technical skills he needs. But to belong, he realizes, will require a different kind of education.

To feel more connected to Lyon and less like a tourist, Buford sets out to investigate where its food traditions come from. At one point, he considers cheese and its preserved nature. There are more than 1,000 varieties of cheese in France — and the experience of eating cheese there is for Buford a special one. He wonders why: “Is it that eating a piece of cheese is, more than any other food, akin to honoring a piece of place?” In searching for the answer, he unveils the importance of understanding a city in order to better prepare its dishes.

In the end, it is the little boulangerie where he grows the most, and not just as a chef. Bob takes him in and imparts all he knows about making bread with care. For some, it may feel a strange time to read a tale of travel — and the ease with which Buford can hop on an airplane in Dirt could surely spark envy. But in so delicately capturing his relationship with Bob and the boulangerie, Buford underlines a deeply resonant tenet of life: the value of community. 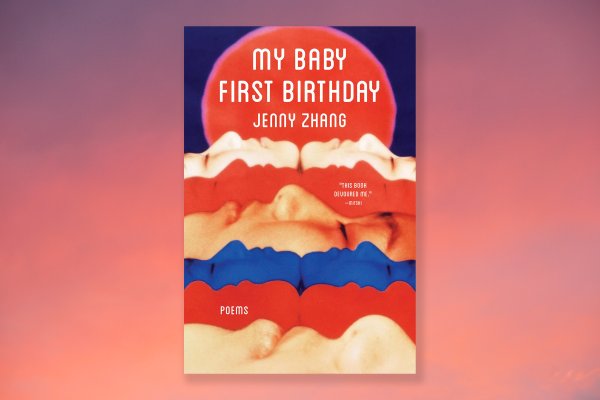 Jenny Zhang Shines in 'My Baby First Birthday'
Next Up: Editor's Pick