Here Are the 9 New Books You Should Read in May

In a time when many of us are staying in our homes and craving stimulation, a crop of new books offer insight and entertainment. In his latest memoir, Bill Buford describes the years he spent in France, where he learned how to cook and navigated a new culture with his wife and kids. In her third young adult novel, Elizabeth Acevedo chronicles the aftermath of a plane crash and its impact on two young women. And in Little Eyes, Samanta Schweblin imagines the dangers of a creepy new technology. Here, nine new books to read in May.

Clap When You Land, Elizabeth Acevedo (May 5)

In her third young adult novel, 2018 National Book Award winner Elizabeth Acevedo follows two teenage girls who discover they are half-sisters after their father dies in a plane crash. The book, written in verse like Acevedo’s debut The Poet X, flips between the young women’s perspectives to showcase their different backgrounds and personalities. One lives in New York City and the other in the Dominican Republic, where the plane was headed. As the two grieve their enormous loss, they unearth more of their families’ secrets and forge an unexpected but powerful bond.

Buy Now: Clap When You Land on Bookshop | Amazon

Ruth Cooperman, recently retired, is excited for her summer in Provincetown, Mass., where she’s rented a cottage on the waterfront. But shortly after she arrives, the woman at the center of Jamie Brenner’s latest novel is surprised to find an abandoned baby on the porch. Not knowing what to do, Ruth calls in reinforcements, including her estranged daughter, and the entire town comes together to navigate the unanticipated challenges of raising a child. Looming over the baby’s strange appearance is the question of who left her in Ruth’s care — a mystery that tests many of the newly formed relationships within the tight-knit community.

Over a decade ago, journalist Bill Buford documented his formative trip to Italy, where he learned how to properly cook the country’s cuisine, in his best-selling memoir Heat. Now, Buford’s back with another, but this time he’s immersing himself in all things France. Dirt captures his five years spent in Lyon with his wife and twin toddlers. There, Buford grows obsessed with the history of the food he’s both preparing and eating, which he describes in tantalizing detail. The book also invokes plenty of humor as Buford reflects on the paperwork hiccups and language barrier his family experiences while abroad.

Playing the beloved Officer Clemmons on Mister Rogers’ Neighborhood, François Clemmons had his share of meaningful moments on children’s television. In his memoir, Clemmons looks back on that time as well as what came before it, including a traumatic childhood and his days at Oberlin College, where he started exploring his sexual identity. The actor, who later founded the Harlem Spiritual Ensemble, writes candidly about his relationship with Fred Rogers, how his life changed because of the show and the sacrifices he made along the way.

The latest from Argentine novelist Samanta Schweblin centers around a strange gadget called a “kentuki.” The creatures, which are similar to robotic stuffed animals, are affixed with cameras and operated by strangers from afar. Longlisted for the 2020 Man Booker International Prize, Little Eyes traces the impact of this new technological trend on a society where people are eager to invite strangers into their private lives. Through the humans interacting with the gadgets — both those who house them and those who control them — Schweblin crafts an unnerving story about the power of connection.

The second poetry collection from Jenny Zhang tackles a slew of topics from capitalism to politics to the female body. Zhang renders heavy topics readable through her urgent and unique voice — one that isn’t afraid to dissect the often ugly underbelly of the systemic issues that plague society. Like she demonstrated in her celebrated 2017 fiction debut Sour Heart, Zhang has an intense and visceral way of characterizing the world around her, especially as it relates to identity.

Stray: A Memoir, Stephanie Danler (May 19)

In 2016, Stephanie Danler published her debut novel Sweetbitter, a coming-of-age story that quickly became a best seller and then a television series. But, as she describes in her new memoir, that success couldn’t erase the devastating details of her past. Stray delves into Danler’s family unit, revealing the pain she suffered as the daughter of two parents struggling with addiction. As she recounts her relationships with her mother and father, Danler ponders the inescapable nature of familial trauma, asking if and how it’s possible to move on from the people who made her who she is.

Brown Album: Essays on Exile and Identity, Porochista Khakpour (May 19)

This collection of essays by novelist Porochista Khakpour thoughtfully illustrates what it’s like to be caught between cultures. Brown Album, which compiles more than 10 years of Khakpour’s work, analyzes her identities as both an Iranian-American and as a writer. The pieces range in subject, from the process of writing a novel to the aftermath of President Trump’s election, but all provide fresh insight into one woman’s experience as an immigrant in the U.S.

Catherine is an American living in Istanbul, where she’s just decided to leave her Turkish husband Murat and take their young son with her. Unbeknownst to Murat, Catherine has fallen for a photographer who she hopes to take back with her to the U.S. In an attempt to keep his wife and son from fleeing the country, Murat gets the attention of an American diplomat who has many questions about the family’s private life. The novel, which takes place over a single day, tracks Catherine’s plight as Elliot Ackerman unveils an intricately woven story of corruption and lies. 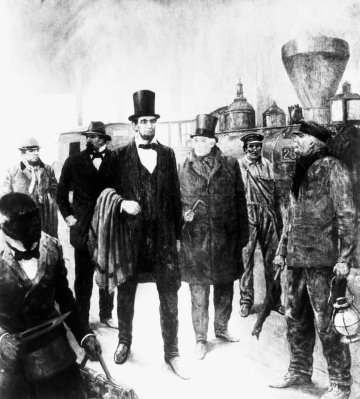 The Secret Plot to Kill Abraham Lincoln
Next Up: Editor's Pick