What to Know About Kawasaki Disease, the Pediatric Inflammatory Condition Possibly Linked to COVID-19

Six weeks ago, in the relatively early days of the U.S. COVID-19 outbreak, Dr. Veena Goel Jones, a pediatric hospitalist with Palo Alto Medical Foundation in California, treated a six-month-old baby girl for what she calls “classic Kawasaki disease.” The infant had fever, rash and swelling characteristic of the pediatric inflammatory condition.

Jones, who is also an adjunct clinical assistant professor at the Stanford School of Medicine, and her team also tested the girl for COVID-19, mainly out of hospital protocol—”not necessarily because we felt very strongly like she must have the virus,” Jones says.

But the girl did test positive for COVID-19, despite never developing a cough and having only minor congestion. Struck by the possible combination of COVID-19 and Kawasaki, Jones and her colleagues published a case report in Hospital Pediatrics last month.

Now, their clinical experience seems even more noteworthy. Similar reports have since come out of the U.K., Italy, Spain, France and multiple U.S. states, including New York, Washington and Michigan. A paper published in the Lancet on May 13 describes 10 cases of Kawasaki-like disease diagnosed in Italy’s Bergamo province from Feb. 18 to April 20 this year—a 30-fold increase in monthly rates compared to typical rates across the last five years. Eight of the 10 children tested positive for COVID-19 antibodies.

On May 4, the New York City Department of Health announced that 15 children between the ages of two and 15 were treated for Kawasaki-like inflammatory symptoms in New York City hospitals between April 17 and May 1. At that time, four tested positive for COVID-19, while six tested negative but had antibodies in their blood that suggested they had recovered from coronavirus.

Since then, however, nearly 100 children in New York have reportedly developed a multi-system inflammatory condition apparently related to COVID-19, and several have died.

“Even though the relationship of this syndrome to COVID-19 is not yet defined…the clinical nature of this virus is such that we are asking all providers to contact us immediately if they see patients who meet the criteria we’ve outlined,” New York City Health Commissioner Dr. Oxiris Barbot said in a statement provided to TIME on May 5.

Many questions remain, but here’s what we know about Kawasaki disease and COVID-19 so far.

What is Kawasaki disease?

Kawasaki disease is a rare pediatric inflammatory condition that results in swelling throughout the body’s arteries, including those that lead to the heart. It also affects the lymph nodes, skin and mucous membranes, according to the Mayo Clinic. Early symptoms typically include fever, skin rash, red eyes, cracked lips and swelling; as the disease progresses, symptoms can also include peeling skin, gastrointestinal distress and joint pain.

About 3,000 cases of Kawasaki disease are diagnosed each year in the U.S., according to the National Organization for Rare Disorders. It predominantly affects children ages five and younger, and is more common among boys than girls.

If left untreated, Jones says, Kawasaki can lead to serious cardiac complications. But with medical attention, it’s usually easily treated with anti-inflammatory drugs. Jones’ patient broke her fever within a few hours of finishing an infusion of intravenous immunoglobulin, she says.

What’s the relationship between Kawasaki and COVID-19?

That’s still under investigation. As doctors learn more, they are growing increasingly convinced that the syndrome currently sickening children is not actually Kawasaki disease, but rather a separate inflammatory condition that produces similar symptoms. A pediatric critical care physician told the New York Times on May 11 that the inflammatory syndrome linked to COVID-19 seems to affect the heart differently than Kawasaki disease, and results in toxic shock more frequently.

Dr. Roshni Mathew, Jones’ colleague and a pediatric infectious disease specialist at Stanford’s Lucile Packard Children’s Hospital, says “the general thought is this is a post-infectious trigger causing the immune system to hyper-react.” Infections of any kind can cause inflammation in the body. So it’s possible that SARS-CoV-2, the virus that causes COVID-19, is kickstarting inflammatory responses in small numbers of children, she says.

Are the new reports cause for concern?

While kids can get and spread COVID-19, most reports suggest they are less susceptible to infection than adults are. In the U.S., according to the most up-to-date Centers for Disease Control and Prevention data, only 2% of confirmed COVID-19 cases were among people ages 18 and younger. Children who do get sick also tend to have milder symptoms, if any.

Serious COVID-19 cases are rare among young people, and inflammatory complications are rarer still. The cases in New York City are certainly reason for further investigation, but they represent a small portion of the more than 4,605 children who have been infected with coronavirus there as of May 10.

In the Italian Lancet paper, the authors write that their findings “have important implications for public health,” but note that “the Kawasaki-like disease described here remains a rare condition, probably affecting no more than one in 1,000 children exposed to SARS-CoV-2.”

Mathew says any new COVID-19 complications are likely to get quite a bit of attention right now, given widespread public interest in the disease—but that doesn’t mean they’re reason to panic, or that doctors know exactly what’s going on. The fact that so few children get severe COVID-19 is encouraging, but it also means there’s not a lot of data on who gets sick and why.

“Some of these things are coming to the surface and becoming more prominent, but it is still extremely uncommon,” Mathew says. “A very small subset of the [pediatric] patients that develop COVID would end up having complicated disease.”

Jones agrees, noting that parents should do what they always do if they notice something amiss: consult a doctor. But at least given what’s currently known, she says, “families and parents have enough to worry about right now, and I wouldn’t add to that list.” 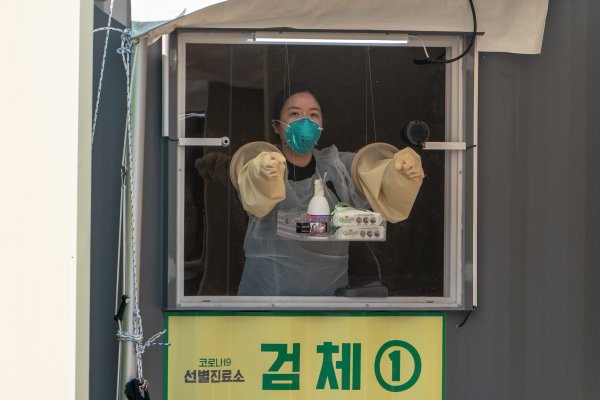