WHO: 'No Evidence' That COVID-19 Antibodies Protect From Potential Re-infection

A healthcare professional performs a serological test that can identify who has contracted coronavirus and produced antibodies, on April 20, 2020 in Milan, Italy.
Pier Marco Tacca—Getty Images
By Patrick Henry / Bloomberg

(Bloomberg) — Catching COVID-19 once may not protect you from getting it again, according to the World Health Organization, a finding that could jeopardize efforts to allow people to return to work after recovering from the virus.

“There is currently no evidence that people who have recovered from COVID-19 and have antibodies are protected from a second infection,” the United Nations agency said in an April 24 statement.

The WHO guidance came after some governments suggested that people who have antibodies to the coronavirus could be issued an “immunity passport” or “risk-free certificate” that would allow them to travel or return to work, based on the assumption that they were safe from re-infection, according to the statement. People issued such a certificate could ignore public-health guidance, increasing the risk of the disease spreading further.

Read more: Will the Coronavirus Ever Go Away? Here’s What One of the WHO’s Top Experts Thinks

Chile was the first country to announce plans to issue immunity cards based partly on antibody tests. This has raised concerns because the tests have proven unreliable elsewhere, and some people may get deliberately ill in order to obtain the card. The U.S. and others have nonetheless said they’re looking into the option.

While there’s a consensus that the key to ending the coronavirus pandemic is establishing co-called herd immunity, there are many unknowns. One is whether researchers can develop a safe and effective vaccine. Another is how long people who’ve recovered have immunity; reinfection after months or years is common with other human coronaviruses. Finally, it’s not clear what percentage of people must be immune to protect the “herd.” That depends on the contagiousness of the virus.

The WHO said it’s reviewing the scientific evidence on antibody responses to coronavirus, but as yet no study has evaluated whether the presence of antibodies “confers immunity to subsequent infection by this virus in humans.” And while many countries are currently testing for antibodies, these studies aren’t designed to determine whether people recovered from the disease acquire immunity, the agency said.

As the hunt for a vaccine continues around the world, the WHO has formed an international alliance to ensure that treatments are distributed fairly. French President Emmanuel Macron, European Commission President Ursula von der Leyen and the Bill and Melinda Gates Foundation are involved in the alliance. 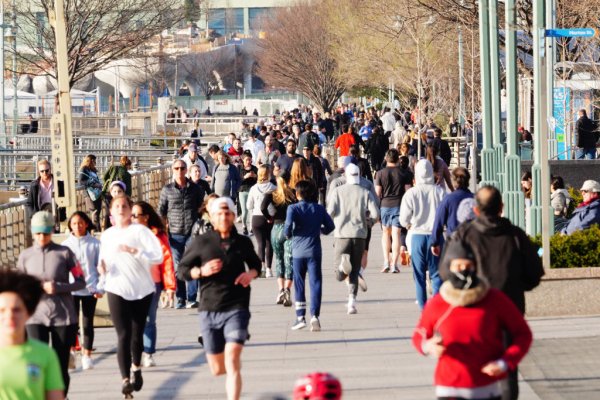 We're a Long Way From Achieving Herd Immunity With COVID-19
Next Up: Editor's Pick