With meat shortages roiling the U.S., some Wendy’s restaurants have taken burgers — their hallmark item — off the menu.

Customers have taken to Twitter to complain they couldn’t order burgers from the restaurant, which touts its beef as fresh and never frozen in its marketing.

A check on Wendy’s app showed that only chicken items were available for takeout or delivery orders from at least some of its stores in California. The situation has prompted a number of customers to ask “Where’s the beef?” on social media, invoking a Wendy’s catch phrase from the 1980s that poked fun of the small burgers sold by other chains.

North America’s meat-supply chain has fallen apart as outbreaks shutter slaughterhouses, heightening the prospect that pork, beef and chicken may go missing from grocery shelves and restaurant menus. About a dozen slaughterhouses shut last month because of infections among employees jammed together on processing lines.

Wendy’s spent years establishing itself as the first major fast-food chain to offer fresh-never-frozen beef. Rivals such as McDonald’s have followed suit. It’s a shift that has left some companies more vulnerable to disruptions to American’s beef supply chain than ones that still rely on imports from Australia and other countries.

For Wendy’s, the shortages appear to have only affected some areas so far. Items such as the “Baconator” bacon cheeseburger, for example, were still available to order in Chicago.

Wendy’s didn’t immediately respond to a request for comment.

–With assistance from Jonathan Roeder and Lydia Mulvany. 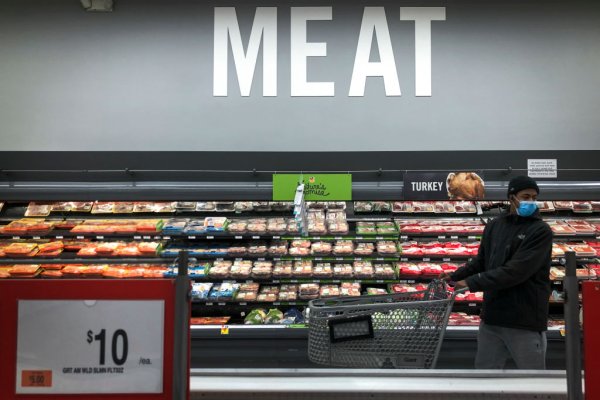 Trump to Order Meat Plants to Stay Open
Next Up: Editor's Pick