People line up to get a test at Elmhurst Hospital due to coronavirus outbreak on March 24, 2020 in Queens, New York, United States.
Eduardo Munoz Alvarez — Getty Images
By Chris Wilson

Consider this for perspective: with 107,263 confirmed cases of COVID-19 across the five boroughs as of April 14., if New York City were a sovereign nation, it would be the sixth worst-hit country by the coronavirus. The city accounts for nearly 18% of all cases in the United States, which leads the world in infections and fatalities from the disease by a tremendous margin.

Just as the pandemic has affected some states worse than others, the toll across New York City is highly uneven. It has been anecdotally apparent, since the city began releasing data by ZIP code, that poorer neighborhoods have more reported cases than the tonier blocks. A TIME analysis of the most recent data from New York City, compared against income data for each ZIP code released by the IRS, found that the divide is far more than circumstantial. The ZIP codes in the bottom 25% of average incomes represent 36% of all cases of the disease, while the wealthiest 25% account for under 10%.

It is increasingly apparent that communities with fewer resources are even more at risk than might be expected. Around the country, there is a growing patchwork of evidence that low-income communities, particularly those with a high minority population, are disproportionately suffering from the outbreak. In Michigan, for example, African Americans make up 14% of the population but account for a third of infections and 40% of deaths—and that doesn’t yet include Detroit, which is about 77% African American. A CDC examination of 99 counties also found preliminary evidence that “black populations might be disproportionately affected by COVID-19.”

All of these conclusions come with a big asterisk: They’re entirely dependent on the availability of a limited supply of testing. Here is where the New York City data offers its most powerful and unexpected pattern. Because the data includes both confirmed cases and the number of tests administered, we can see that the percentage of negative tests correlates incredibly strongly with income:

This statistic has the upshot of being independent of the number of people living in a ZIP code, which can run from 3,000 to 100,000, based on 2010 Census data (the most recent reliable figures at the ZIP code level). Lower income areas are somewhat more likely to have larger, denser populations, though the correlation is not strong.

Though the best we can do is make cautious speculation, the most evident explanation for this discrepancy is that those with higher incomes have greater access to testing for individuals with fewer symptoms that strongly indicate the possibility of a COVID-19 infection. This could include those who, while showing few or no symptoms, have come into contact with someone who has tested positive or otherwise have reason to worry.

“How does one get tested if you’re asymptomatic? One way you get tested is through a story,” says Clemson University economist Michael D. Makowsky, who was previously faculty at the Johns Hopkins Department of Emergency Medicine and has researched the effect of socioeconomic status on healthcare availability. A story might be that a person’s partner tested positive, or that he or she recently traveled to a highly infectious region. But this proactive step still leaves room for a healthcare provider’s discretion on whether testing is necessary when it is not yet universally available.

“There’s an objective element to symptoms, but only a subjective element to narratives,” Makowsky says. “If you’re in the middle of a pandemic, I think most physicians are in ‘control the pandemic’ mode. As things progress and they have more wiggle room, more discretion comes into play.”

Which is to say, cases of COVID-19 are more prevalent in low-income communities not only because testing is higher in higher-risk areas. In fact, the percent of negative tests is much lower in these areas, where fewer people have the option of being tested only because they have reason to believe they might have been exposed. This is another disparity in the battle against coronavirus when it comes to the income of residents: Not only are the incidents of COVID-19 much higher, the availability of testing for marginal cases is much lower.

When Michigan Gov. Gretchen Whitmer created a task force to investigate racial disparities in the COVID-19 pandemic, she said that, “this virus is holding up a mirror to our society and reminding us of the deep inequities in our country.” She also acknowledged that “we still need to get more robust data.”

This is the heart of the trouble with drawing conclusions about the impact of coronavirus on different subsets of the population. Nationwide, figures are reported at a county level, which is not terribly useful since counties typically encompass many different demographic groups in urban areas. Only those states and cities that voluntarily report at a more granular level can lend us real insight into who is suffering the worst, and to what degree. The more that do so, the better prepared the nation will be to confront the next emergency. 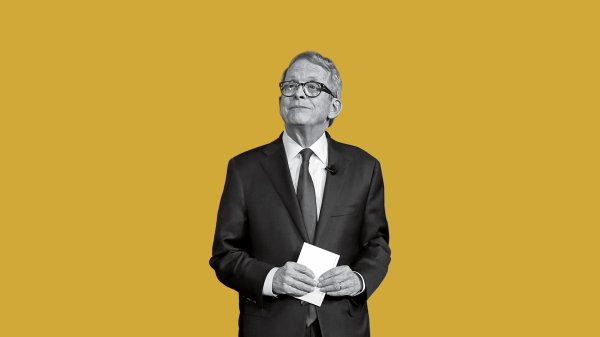 Gov. Mike DeWine Does Not Sugarcoat the News
Next Up: Editor's Pick