The Choose Your Quarantine House Meme Keeps the Internet Busy

Folks hunkering down at home during the time of coronavirus may be looking for something to distract them from their roommates, the news cycle, or just the current climate as a whole.

And a recent meme making the rounds on the Internet is giving people something fun to debate about online. Namely, who would you hypothetically want to live with during a lockdown?

The so-called “choose your quarantine house” meme is a variation of last year’s lunch table meme, which asked people to choose a seat at a cafeteria table based on the artists, actors, songs, TV shows, etc. who were already seated at the table.

The approach has now evolved for this moment, asking people to choose which celebrities they would want to shelter in place with during this experience. The trend appears to have originated on Facebook with user Savannah Locke, according to Know Your Meme, the meme database. It moved to Twitter after user @flotisserie shared a version there, which is where it really took off with people around the world weighing in.

As the memes make their rounds, people debate over different iterations opting for various combinations of roommates. Like in reality show casting, most of the versions that have been sweeping across social media, include a house with desirable inhabitants mixed with seemingly less desirable ones making people really think about who they would want to live with for weeks on end. In one example shared by The Cut, people debated whether they would want to live with Chrissy Teigen and Busy Phillips, if it also meant sheltering-in-place with Tiger King subject Joe Exotic? (Click on the tweet to see the whole image.)

On Instagram, Teigen, Phillips, Jones, and others debated the correct option:

Once the internet latched onto the meme, soon there were other iterations making the rounds, like this one with a political twist from FiveThirtyEight editor-in-chief Nate Silver:

There were some with a literary bent:

Actor Jackée Harry shared an edition of her own:

There’s a version for fans of The Simpsons:

Another for Star Wars enthusiasts:

A quarantine house filled with composers:

Freestyle fans may have a hard time making their choice here:

There’s even a skincare version:

And a potato-based edition:

There’s a very dark version that is extremely difficult to answer:

Yet, all of those are somehow less difficult than this far-too-realistic version making the rounds: 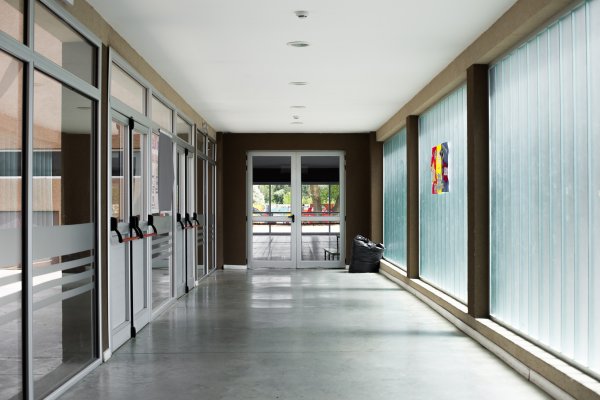 A Student From Italy Staying in an Empty Dorm Has Gone Viral For Trying to Make the Best of His Situation
Next Up: Editor's Pick