What Japan Can Teach the World About the Pandemic

Americans now grappling with COVID-19 may believe Asia’s experience offers hope in the form of a glimpse at a postviral world. After all, this was the region where the virus began–and is therefore the first to recover. Unfortunately, that’s not quite what’s happening.

Take Japan, where in early April, a new surge in confirmed coronavirus cases forced Prime Minister Shinzo Abe to declare a state of emergency. This in a country where face masks are part of daily life in large cities even in normal times and there is much higher confidence in warnings from public officials than in the U.S.

The one-month emergency declaration will empower Tokyo Governor Yuriko Koike and governors of other prefectures with large cities to take urgent steps to contain the COVID-19 spread, such as calling for diligent social distancing, banning large gatherings, requisitioning land and buildings for use as hospitals, and asking residents to shelter at home.

The Prime Minister’s decision wasn’t an easy one. Japan’s economy already faces significant stress, particularly because postponement of the Olympic Games will cost the country. But Abe must confront the same dilemma now facing political officials around the world: how to find the most effective way to accept severe economic pain now in order to save large numbers of lives and avoid greater economic calamity.

He faces another problem: Japanese law won’t permit the kind of lockdown we’ve seen in China. As in other democracies, local officials can arrest people for hoarding critical supplies and take over buildings for medical use, but they won’t fine or detain otherwise law-abiding citizens for gathering or leaving their homes. They must simply hope the public will take their admonitions seriously.

Abe also hopes that limiting the emergency declaration to a month will limit the economic losses. Only time will tell. If these measures fail, and the surge in new cases continues, Abe knows he’ll face the wrath of those who called on him to act sooner and much more forcefully.

Within hours of his emergency declaration, Abe moved to stimulate the economy. Japan’s nearly $1 trillion package reportedly contains more than $350 billion in new government spending. Will it be enough? It’s far too early to know. And will this money arrive in time for the embattled businesses and households that need it most?

Finally, Abe, like President Trump, wants voters to reward his efforts. If the Japanese public believes that he has acted wisely, that Japan’s economy has weathered the storm, he might call early elections later this year.

Japan is not the only Asian state facing renewed pressures. A resurgence of confirmed cases in Singapore, Hong Kong, South Korea and Taiwan has forced tougher rules on social distancing. On April 3, Singapore’s government closed all schools and most businesses for a month. South Korea, the country touted as the most successful in “flattening the curve,” has announced tough new travel policies. As of April 1, anyone who wants to enter the country must sign a document before boarding their flight that commits the passenger to a 14-day quarantine inside a South Korean government–designated facility.

For all these reasons, Americans and Europeans should look toward Asia not for hope but for insight into how best to manage the second wave of cases. Because in Asia, as elsewhere, the COVID-19 traffic light will flash yellow many times as it moves from red eventually to green. 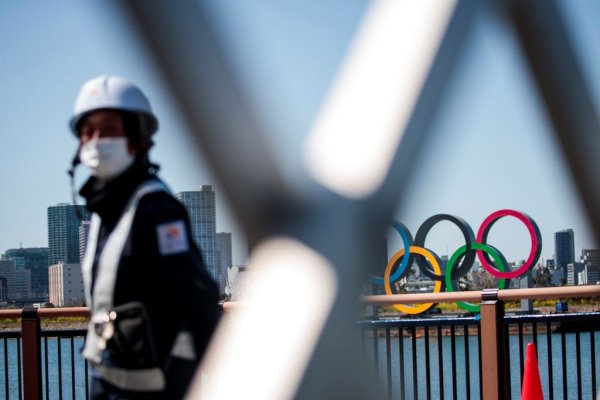 Tokyo Olympics Delay Is the Latest Gut-Punch to Japan
Next Up: Editor's Pick