'I Told Myself to Stay Calm.' As Wuhan's Lockdown Ends, A Doctor Recalls Fighting Coronavirus on the Front Line

A doctor in a protective suit checks with patients at a temporary hospital at Tazihu Gymnasium in Wuhan in central China's Hubei province on Feb. 21, 2020.
Chinatopix via AP
By Charlie Campbell

Dr. Liu was in the first wave of medical personnel seconded to Wuhan in late January to help treat some of the tens of thousands of patients stricken by the COVID-19 outbreak. Ahead of the city’s lockdown being lifted on April 8, Dr. Liu—who asked TIME to only use one name because he feared professional repercussions for speaking candidly—recalls his battle on the frontline against the deadly pandemic..

When the coronavirus outbreak first started, no one really knew what was going on. I was sent from western China to Wuhan for medical support in the first wave on Jan. 28. When the flight captain announced we were about to land in Wuhan, I gazed out the window and saw no cars on the streets nor planes at the airport.

On the bus from the terminal, Wuhan looked like a deserted city, with zero sign of life nor people on the street. At that moment I felt terrified. But I told myself to stay calm: since I was here, I had to do something to help. As soon as I started work, my worries faded.

I was deployed to the isolation ward at Wuhan Central Hospital. In the beginning there were so many patients with severe symptoms and not enough beds for them all. But the situation quickly improved and before long, we even had empty beds. The accommodation for doctors was pretty comfortable. We had a 200 rmb ($29) standard food subsidy every day. There was also a 300 rmb ($43) daily state subsidy.

I was in charge of 10 patients, working 8 to 10 hours each day, with half-a-day off per week when the epidemic started. After things began improving that became a whole day of rest each week. I was especially nervous when I first arrived as the disease’s mode of transmission was unclear. But I was later reassured that the chance of infection was low while wearing a whole-body protective suit. For frontline doctors and nurses, personal protection equipment was abundant, as medical supplies were sent to Wuhan from all over China.

It took me 90 minutes to put on and take off all the protective clothing. I had to be extra careful when taking off the suit, because that is when infection is most likely. There’s a dozen steps in the standard procedure to follow, and for each you need to wash your hands carefully, using a seven-step hand-wash technique. Wearing the protective suit meant 10 hours working without any food or water. I also needed to use an adult diaper as it’s impossible to visit the bathroom during that time.

A lot of people, even doctors, are not familiar with wearing a mask, so they don’t appreciate the importance of this essential protection. As a doctor, I have to deal with patients all the time, so I usually wear two layers of masks: a N95 [made by 3M] on the outside, and another surgical mask inside. Protective goggles are also useful for doctors who spend a long time in exposed situations.

China’s political system has many advantages that you only see in situations like this. Chinese people are also showing great solidarity. You don’t always feel it when everything is fine, but when the crisis came, people were there to help each other.

I’m still under quarantine but only have a few more days left. I only got to see my wife and seven-year-old son through the bus window when I arrived back in my hometown, but I video chat with them every day. I’ve really missed my family.

I am also worried about my father as he just had an operation to remove a malignant tumor. I don’t want him to be sent for chemotherapy next. As his son, I know chemotherapy will be extremely unpleasant, but I also can’t stand to see his health getting worse. I’m wracked with worry.

The lesson we should learn from this pandemic is that we really need to deepen our understanding of infectious disease. In the beginning, even infectious disease specialists got sick. There are just not enough professionals in this field.

I can now see that most people had very little knowledge about infectious disease, and didn’t appreciate how fast it would spread. To guard against this kind of pandemic, people need to take serious precautions and alert the authorities about possible outbreaks as soon as possible. 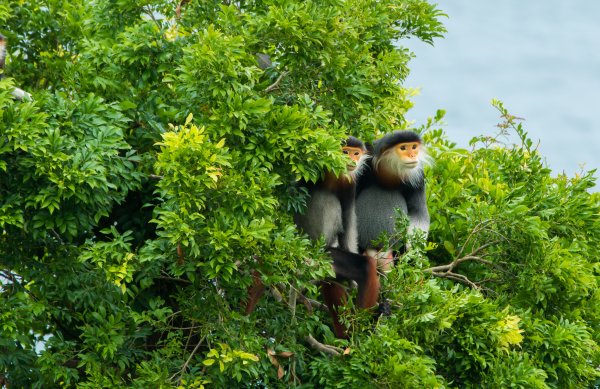 Want to Stop the Next Pandemic? Start Protecting Wildlife Habitats
Next Up: Editor's Pick