In the run-up to the 2020 election, some Americans are increasingly worried about the immense power that wealth plays in the country’s democracy. Those concerns would not have surprised Americans in 1776 — they assumed that property and political power were intertwined. Indeed, one had to own property to vote, although in America (unlike England) landholding was widespread and therefore most free men could vote. But even as Americans praised their new republic as uniquely egalitarian, they worried that a future aristocracy of wealth would corrupt its politics. Some even called for legal limits on property ownership. After 1800 the country changed markedly, as individual property rights became increasingly sacred, wage labor became increasingly common, and the gap between rich and poor widened. States gave voting rights to all white men, making race instead of property the foundation of politics. But the tradition of American economic equality persisted in the Workingmen’s parties of the 1820s and the communitarian movement of the 1840s.

That egalitarian tradition surged during the Civil War. As the war became a campaign to end slavery, some leading Republicans envisioned using confiscation to reshape the aristocratic South into a more equal society in terms of property ownership and power. As growing numbers of black people fled slavery, Union officers offered those refugees land on abandoned plantations. Egalitarian land reform became official policy in the wake of the Emancipation Proclamation, as President Lincoln issued an order allowing freedmen to claim up to 40 acres of abandoned or confiscated land for $1.25/acre.

Northern reformers saw redistribution as linking the egalitarian tradition of the American Revolution to the needs of emancipated Americans. The abolitionist Wendell Phillips told an enthusiastic crowd that “If the people own the land, it is a democracy; if a few men own it, it is an oligarchy,” and that since the U.S. for generations had robbed millions of men of their lives and labor, it “owes to the negro not merely freedom — it owes to him land” — reflecting the view dating back to John Locke that a man’s labor gave value to the land. In early 1864, Congress considered a bill that would have allowed freedmen to claim up to 160 acres of confiscated lands in the South. Although the bill failed, its goal was applauded by many. The New Orleans Tribune, the first black-owned newspaper in the South, insisted that “no true republican government” could exist “unless the land and wealth in general, are distributed among the great mass of the inhabitants” and that “an oligarch of slaveholders or property holders” had no place in America.

At this point, the U.S. Army, for practical reasons, instituted confiscation and redistribution. As General Sherman’s forces cut a devastating swath through the southeast, they were joined by many people who were fleeing slavery with few possessions. On Jan. 12, 1865, after Sherman took Savannah, he met with 20 African American leaders, who emphasized their desire “to have land, and turn it and till it” — the right to vote was much further down their list. Four days later, Sherman issued Special Field Order 15, confiscating 400,000 acres of fertile land along the coast and redistributing it to freedmen families in 40-acre allotments, with Army mules to help them plow — the famous “40 Acres and a Mule.” In March, before adjourning for the year, Congress created the Freedman’s Bureau within the War Department and gave it the task of renting or selling abandoned or confiscated land to freedmen at low rates.

Throughout the occupied South, former slaves took control of plantations abandoned by Confederate owners. They claimed freedom from dependency as well as from slavery, planting food and sometimes a little cotton. They created governing councils, churches and schools, and in various ways sought to control their land. When plantation heirs tried to reclaim the land, freedmen forcefully resisted. Observers throughout the South, like the Freedmen’s Bureau official in South Carolina, reported the “wide spread opinion amongst these people that the land of their former masters belongs to them, that they have worked on it all of their lives without pay and it is now theirs as a compensation for such work.”

The situation darkened with Lincoln’s assassination on April 14, 1865. The new president, Andrew Johnson, thought black people should remain dependent laborers and offered amnesty to all Confederates leaders. Yet through the end of the year, freedmen continued to believe that the U.S. would confiscate rebel-owned plantations and redistribute it in 40-acre parcels, and they were encouraged by calls for such action by leading Congressmen like Thaddeus Stevens of Pennsylvania. By the fall, rumors spread that this would happen between Christmas and New Year’s Day, and in some places these rumors took on the mystical tinge of the biblical Great Jubilee and Revelations. Unfortunately, freedmen were disappointed as federal officials moved reluctantly to enforce Johnson’s policies.

Confiscation and redistribution again seemed possible when radical Republicans gained power with the November 1866 elections and renewed those efforts. Stevens in the House told his colleagues that, for freedmen, homesteads were “far more valuable” than the vote as a way to avoid future servitude, and Charles Sumner in the Senate insisted that black Americans needed farms to exercise effective political clout. But their party was increasingly focused on social stability, defending prewar property rights, and ending military occupation of the South. At the end, Congress insisted that freedmen only needed the vote, which it (supposedly) guaranteed with the 15th Amendment.

Congress’s refusal to confiscate and redistribute land highlighted the new assumptions that political and economic power were distinct, private property sacred, and wage labor virtuous. Until the 1800s, Americans assumed that a citizen needed economic independence in order to exercise their proper political role in a virtuous republic. By the end of the Civil War they overwhelmingly believed that citizens needed only the vote. Unfortunately, that assumption would allow Southern reactionaries to regain power and shove African Americans back into poverty. It would also fail to prevent great wealth from mushrooming and playing an increasingly dominant role in American politics, which was precisely what the Founders feared.

Daniel R. Mandell is the author of The Lost Tradition of Economic Equality in America, 1600–1870, available now from Johns Hopkins University Press. 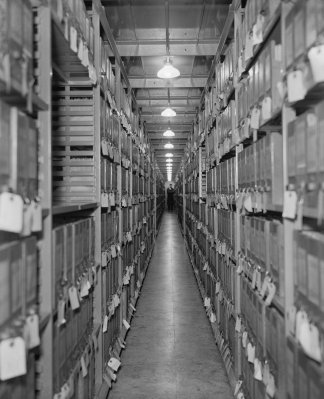 How New Efforts Are Finding People Deleted From History
Next Up: Editor's Pick