The Super-Wealthy Have Outsize Influence in Politics. Here's How We Can Change That

In this file photo, an attendee wears a sticker against money in politics during a rally calling for an end to corporate money in politics and to mark the fifth anniversary of the Supreme Court's Citizens United decision, at Lafayette Square near the White House, January 21, 2015 in Washington, DC.
Drew Angerer—Getty Images
Ideas
By Tom Udall
Tom Udall is a U.S. senator from New Mexico.

In 2018, the 10 largest individual donors funneled more than $436 million to Super PACs in the most expensive midterm elections ever. Big money in politics has overwhelmed the political process, granting wealthy special interests more power now than at any time in recent American history. The Supreme Court’s 2010 Citizens United v. FEC and other court decisions left Congress and the states constitutionally prohibited from putting limits on raising and spending money in elections, unleashing a flood of corporate dollars in U.S. elections and opening the door for the super-rich to fuel their own interests in our government at the expense of ordinary Americans. While this trend has been decades in the making, these decisions further dismantled our campaign finance laws.

This summer, I joined with Senate Democratic Leader Chuck Schumer, Sen. Jeanne Shaheen and other Senate Democrats to introduce the Democracy for All Amendment, a constitutional amendment to overturn Citizens United v. FEC and other disastrous court decisions. The amendment would give Congress and the states the power “to regulate and set reasonable limits on the raising and spending of money by candidates and others to influence elections” as well to draw a distinction “between natural persons and corporations or other artificial entities created by law.”

When corporations and the super-rich have the ability to spend a limitless amount of money, they can not only influence elections but also set the political agenda. Take the Koch brothers as an example. Unlimited campaign contributions have allowed them to use millions of dollars to pervasively, perniciously and secretly influence the public policy. For instance, President Trump has staffed the White House and federal agencies with key officials tied to the Kochs who have systematically worked to discredit renewable energy, promote fossil fuels and deny climate science.

As a result of this type of spending, the American people are losing faith in our political system. Nearly eight in 10 voters said in a September 2018 poll that “reducing the influence of special interests and corruption in Washington” was either the “single most” or a “very important” factor in casting their midterm vote. And Americans overwhelmingly support limits on campaign spending.

The first step in fixing our broken campaign finance system is to sustainably address the root of the problem created by the Supreme Court. While it’s true that constitutional amendments are warranted in only the rarest of circumstances, this is undoubtedly one of those moments in our country’s history. Unlimited spending concentrated in the hands of a few continues to spiral out of control, distorting the voices of everyday citizens and putting the foundation of our democracy at risk.

Too many Americans have every reason to believe that their government no longer answers to them. And because the Supreme Court has now reinforced the misguided idea that spending money to elect politicians is the same thing as free speech, our broken campaign finance system lets billionaires and corporations have outsize influence in our elections. If we want to make progress on the very real problems Americans face, we have to create a democracy that is fair and open to all.

I urge Americans everywhere to contact your state and federal representatives and demand they support the Democracy for All Amendment. In order to enact this monumental amendment to our Constitution, we need two-thirds of the Senate and the House to propose it and three-fourths of the states to ratify it. This amendment would take power back from wealthy special interests and put it back where it belongs: In the hands of “we, the people.” 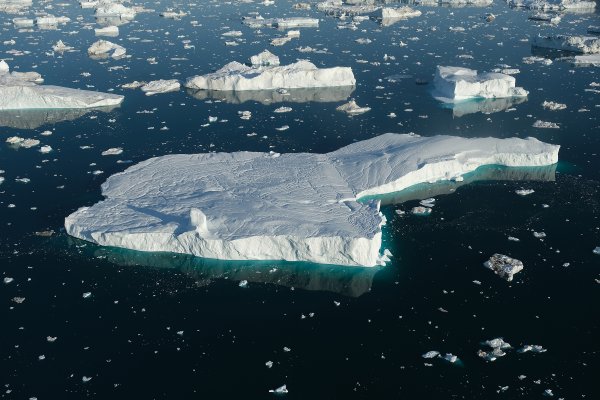 Why Your Brain Can’t Process Climate Change
Next Up: Editor's Pick