Tributes are pouring in for Fountains of Wayne band member Adam Schlesinger who died on Wednesday due to complications from the novel coronavirus.

While Schlesinger rose to fame in the ’90s with the alternative pop band, his creativity could not be contained by radio hits like “Stacy’s Mom.”

He went on to make musical contributions to film, television, and theater, including work as the executive music producer on the television series Crazy Ex-Girlfriend, as well as contributing music to films like Music and Lyrics and Josie and the Pussycats.

He also wrote the title track to the 1996 film That Thing You Do!, a tune that was so catchy that Schlesinger scored Oscar and Golden Globe nominations for the original song. The film was written and directed by Tom Hanks, who also starred in the movie, and Hanks logged on to Twitter to pay tribute to his one-time colleague.

“There would be no Playtone without Adam Schlesinger, without his That Thing You Do! He was a One-der,” Hanks wrote on Twitter, referring to the name of the fictional record label from the film, a name Hanks later used for his real-life production company.

“Lost him to Covid-19. Terribly sad today,” Hanks, who is currently on the mend after contracting COVID-19, continued in his tweet.

Hanks wasn’t the only cast member of That Thing You Do! to weigh in on the loss. Actor Ethan Embry, who played the bass player in the movie, paid his own tribute online, reminiscing about the first time they heard Schlesinger’s theme song for the movie. “When we heard Adam Schlesinger’s cassette it was instantly clear which track we would need to learn,” he wrote.

His Crazy Ex Girlfriend colleagues paid homage to their friend and coworker, as well. “He is irreplaceable,” the show’s star and co-creator Rachel Bloom wrote.

And co-creator Aline Brosch McKenna wrote that “Adam was so funny, so kind, so opinionated, so clever, so passionate.”

Jack Dolgen, who helped craft the show’s music, noted his “unparalleled talent” and his love of 3 Musketeers candy bars:

Schlesinger also wrote the music for Stephen Colbert’s 2008 The Colbert Report holiday special and Colbert weighed in to express his sorrow for the loss.

“I’m so saddened to hear of the death of Adam Schlesinger due to Covid19,” Colbert wrote on Twitter. “[H]e was a great (and patient) and talented artist with whom it was my good luck to work. Peace.”

Musician Jack Antonoff paid tribute to the musician, as did comedian Kathy Griffin, and New Jersey Governor Phil Murphy, who wrote that Schlesinger’s death was a “sad, sad loss for Jersey’s music scene.” 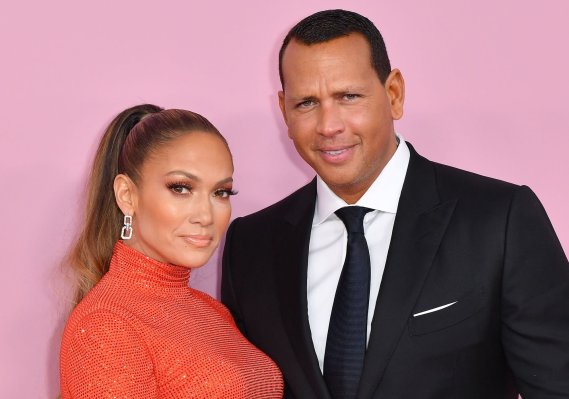 J. Lo’s House Reminds People a Lot of the House From Parasite
Next Up: Editor's Pick