11 TV Shows With Many Seasons to Binge While Social Distancing

The COVID-19 pandemic has shut down schools and nonessential businesses, forced the cancellations of vacations and weddings and caused people all over the world to face down weeks of uncertainty as many continue to fall ill. Following guidelines from state and city officials, most Americans are socially distancing and staying indoors, foregoing birthday parties and work events in an effort to stop the virus.

For some, the social isolation has led to newfound pockets of free time. If you’ve already run through the movies, shows and books on your list (or the ones on ours), now might be the chance to dive into some long-running TV shows that previously felt too daunting to begin. From modern classics like The Sopranos to stalwarts like Law & Order: SVU, a long-running show can be transporting, absorbing and distracting in ways that many of us feel the need for now. Here are TIME’s 11 picks of TV shows with five seasons or more.

Either you’ve seen the dark HBO crime series set in Baltimore or you’ve heard countless recommendations to do so since the show ended in 2008. Right now is a great time to get familiar with what several critics have called the best show in TV history, which ran for five seasons. And since stay-at-home orders were announced throughout the U.S., it appears that people have been jumping on the opportunity to catch up on the show—The Wire nearly tripled its viewership numbers in March, according to WarnerMedia, HBO’s parent company.

Often mentioned alongside The Wire and The Sopranos as an example of a prestige drama that ushered in a new Golden Age of Television and tackled the inner lives of men—often antiheroic ones—Mad Men draws viewers into 1960s New York City. The series, which ran for seven seasons from 2007 to 2015, follows the life of ad man Don Draper (Jon Hamm), his family and coworkers, rendering in vivid detail (and gorgeous, hyper-accurate production design) what life was like in America during that turbulent decade.

Sex and the City

When going out isn’t an option, whether for a date or a long night of dancing with friends, at least you can live vicariously through the four BFFs of Sex and the City. Sit back, sip a cosmopolitan and let Carrie, Miranda, Samantha and Charlotte take you on a tour of early-2000s New York, for six seasons of fashion, friendship and will-they-or-won’t-they romantic storylines.

Another prestige drama from HBO that you might have pretended to watch to politely get out of a party conversation, The Sopranos is a crime drama that follows New Jersey-based mobster Tony Soprano (James Gandolfini), his family and his attempts to balance his life as a crime boss, husband and father across six seasons and 86 episodes.

Over 21 seasons, Law & Order: Special Victims Unit (SVU) has won over legions of fans in its depiction of detectives solving sexual assault cases. Now is a good time to rewatch or start SVU anew because Christopher Meloni will be reprising his role as Elliot Stabler in a new and upcoming Law & Order show from creator Dick Wolf.

The romantic telenovela satire blends all the trappings of a soap opera (like crime lords and secret twins) with the genuine emotion of a family drama. Jane Villanueva (Gina Rodriguez), who is waiting to be married to have sex, lives a relatively normal life until she realizes she’s pregnant due to a medical error. Over five seasons which concluded last year, Jane takes on motherhood and love while trying to build a writing career.

Among Shonda Rhimes’ most successful series, Grey’s Anatomy has explored the lives of the surgical doctors at Grey Sloan Memorial Hospital as they navigate intense personal entanglements and compete with each other over patients for 16 seasons. For the unfamiliar, starting at the beginning is a treat lying in wait. For those in the know, revisiting the first three (or four, or five, or six) seasons of Grey’s is like reuniting with old friends—a necessity, lately.

The seven-season legal drama picks up as Alicia Florrick (Julianna Margulies) returns to work at a law firm after her husband (Chris Noth, a mainstay of another show on this list, Sex and the City), a former State’s Attorney and politician becomes embroiled in a sex and corruption scandal. The series has led to a spinoff called The Good Fight, so there’s lots more to watch once you’re done with the first one.

Starring the late Gary Shandling as a fictional late-night talk show host, The Larry Sanders Show spoofs the world of late-night network TV and show business at large in the 1990s over six seasons. Watch to forget about the present reality and to see Shandling blur the lines between Hollywood fantasy and reality.

The longest-running American sitcom, The Simpsons has been on for what feels like forever (actually 31 seasons), providing an episode for almost every mood. Whether you know the gags word-for-word or are just now dipping into the Simpsons universe, spending any time with Lisa, Bart, Marge, Homer and the rest of the gang in Springfield is guaranteed to bring some laughs and distraction.

This charming Canadian show, created by father-son duo Eugene and Dan Levy, tells the story of the members of the wealthy Rose family, who lose everything and have to rebuild their lives in a small town. The show, whose sixth and final season concluded in early April, has grown into a phenomenon, as the characters—played by Catherine O’Hara, Dan Levy, Annie Murphy and both Levys (as well Dan’s sister Sarah as waitress Twyla)—transform into more empathetic and caring people. Consistently heartwarming, Schitt’s Creek is a balm for stressful times. 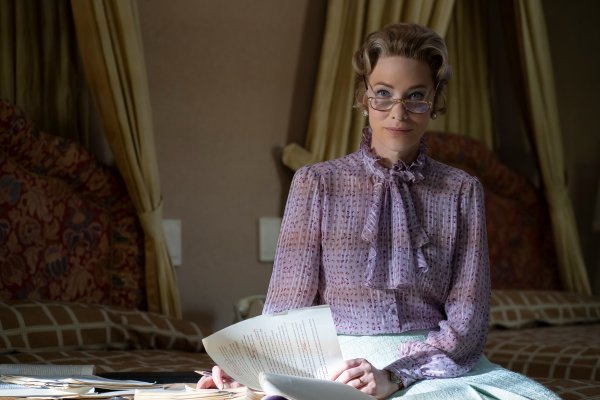