Garry Shandling Was an Artist of Subtle Sadness

Garry Shandling, who died Thursday at 66, was one of TV’s master underplayers. On The Larry Sanders Show, the HBO sitcom on which Shandling played a second-tier talk-show host, Shandling was perpetually the least dynamic performer onscreen. On-air, his hypeman (Jeffrey Tambor) was subservient, but off- he was fueled by jealousy and hunger for the spotlight. All the while, frenetically encouraging producer (Rip Torn) made every episode a roiling psychodrama. And then, of course, there were all those stars: Actual 1990s celebrities, like Sharon Stone and David Duchovny, who used Sanders’s talk show as a backdrop for their own manias and who didn’t stop their acts once the talk-show cameras stopped rolling.

That’s precisely what made Shandling’s Larry Sanders Show so extraordinary. As an actor, he didn’t just play a host; he inhabited the role, unassumingly allowing chaos to reign all around him as he simply smirked. Sanders was, on his show, about as dull a man as one could imagine, the epitome of a certain Leno-ish vacuous charm. Backstage, he was consumed by neuroses about his weight, his place in the talk-show pecking order, and his turbulent love life, but always in a manner less volcanic than anything else about him. His emotions weren’t loud. Sanders was as complicated as anyone in his orbit of painfully human performers; he’d just trained himself to keep his nerve endings tamped down. His guests’ feelings may not have been more interesting than his own, but they were where the money was. It was a brilliant depiction of repression, and made one of TV’s most-coveted jobs seem like a plight.

It’s hard, when writing about Shandling and Sanders, not to confuse the two very similar names. Part of that comes from the names’ purposeful assonance, sure, but Shandling also allowed his public little sense of him beyond Sanders. He was a remote presence when hosting awards shows (nothing like the ultra-empathic Girl Scout Cookie salesmen or selfie-snappers of today) and limited his major work to Sanders and the earlier It’s Garry Shandling’s Show. In recent years, he worked relatively infrequently; recently, he made cameos as a U.S. Senator in Marvel’s superhero movies, but his last credited TV appearance was in 2006. He’d already had his perfect role, on a show that made a point of emphasizing the differences between life on- and offstage, but also played up the pathologies that didn’t change. Sanders had a tumultuous inner life that his audience could never see—but only because, onstage, he gave them next-to-nothing at all.

The Larry Sanders Show was the perfect show for the 1990s; Shandling’s default comic move of defaulting to irony caught the wave of the culture in the way few shows are lucky enough to do. But its central performance, one around which fizzier aspects rotate gleefully and obscuring the sadness, ought to be more-widely-known today. The emptiness at the heart of stardom hasn’t gone anywhere since the ’90s—indeed, it’s only grown more entrenched in the realm of cliché—but rarely has it been rendered quite so artfully. 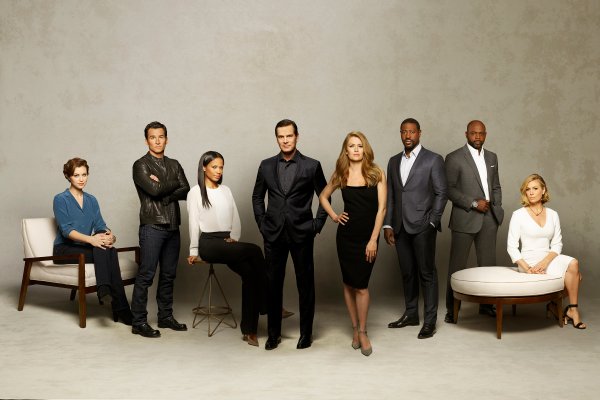 Review: The Catch Proves Why Casting is So Important
Next Up: Editor's Pick