The coronavirus outbreak will have a profound impact on emerging Asian economies and may push some countries in the region into a recession, the World Bank warns.

In a bleak report released Monday, the Washington-based institution said the pandemic will inflict significant economic pain on all countries, and could throw millions in the Asia Pacific region into poverty.

Under the worst case scenario, which assumes a prolonged pandemic with more severe effects, Asian economies would contract 0.5%, the report estimates. Those conditions could force 11 million people in the region into poverty, and see 24 million fewer people escaping poverty than would have in the absence of the virus.

Households most at risk of falling into poverty rely on sectors particularly vulnerable to the impacts of COVID-19, including tourism in Thailand, Cambodia and the Pacific islands, and manufacturing in Cambodia and Vietnam. “The risk of falling into poverty is particularly high among informal sector and self-employed workers who lack paid sick leave or other forms of social protection,” the report says.

Even under “baseline” conditions that assume strong recovery efforts, the bank forecasts growth in developing economies in the region will shrink to 2.1% in 2020, compared to 5.8% recorded in 2019.

In China, the world’s second largest economy, growth is projected to slow to 2.3% this year, or in the more pessimistic scenario, drop to 0.1%, according to the bank. China reported growth of 6.1% last year, which was its lowest GDP growth since 1992.

To offset some of the pain from the pandemic, governments in the region should invest in healthcare capacity and provide subsidies for sick pay and healthcare, the report says.

“In addition to bold national actions, deeper international cooperation is the most effective vaccine against this virulent threat,” Aaditya Mattoo, Chief Economist for East Asia and the Pacific at the World Bank, said in a press release. “Countries in East Asia and the Pacific and elsewhere must fight this disease together, keep trade open and coordinate macroeconomic policy.”

Such a sharp downturn could have severe effects on the global economy. While the World Bank has not yet released forecasts for the rest of the world, the head of the International Monetary Fund said last week that it is clear the global economy has now entered a recession on par with or worse than the 2009 slowdown. 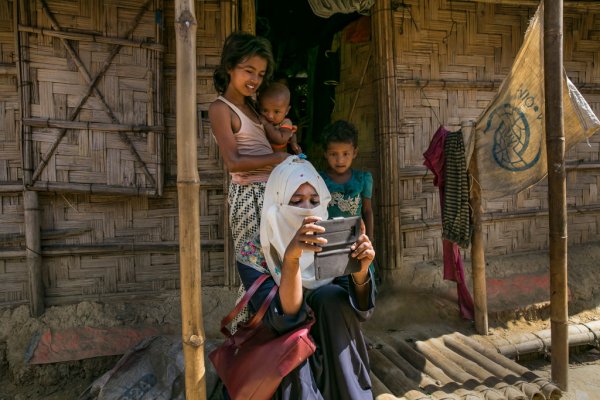 Rights Group Calls For Lifting Internet Blackouts Amid Virus
Next Up: Editor's Pick