By the end of the 1948 season, his second with the Brooklyn Dodgers, Jackie Robinson was an American hero, a tall tale, the man who integrated baseball. But he still had to live in America. That meant enduring not just the insults hurled at him by fans and opposing players, and not just the segregated hotels in southern cities where the Dodgers played, but life on the sharp edge of the country’s politics.

That offseason, Robinson’s boss with the Dodgers, Branch Rickey, got a call from a man named Alvin Stokes. Stokes was an investigator for the House Un-American Activities Committee (HUAC). He also happened to be a black man like Robinson. HUAC and its precursors had been a fixture in U.S. politics since 1918, investigating alleged communist activity at a time of red scare hysteria. By the late 1940s, simply being called to testify before HUAC could ruin one’s life.

Stokes had come to believe that black celebrities would benefit from preemptively clearing their names and that their doing so would reflect well on black people across the country. “My father convinced himself that what he was doing was totally in the black interest,” Stokes’s son Alvin Jr. told the writer David Falkner, “because he understood the double curse of being branded a communist.”

Stokes convinced Dodgers brass that Jackie’s testimony as a friendly witness to HUAC would also benefit the franchise. The movie business may have been full of Reds, but baseball? Baseball was the national pastime.

Stokes also helpfully reminded the Dodgers that they might fall under suspicion too. If the word got out that the Dodgers had refused to cooperate with HUAC, the great experiment of baseball’s integration would have been tarnished. And the personal stakes for Jackie were even higher.

Now all the committee needed was a pretense to call on him.

The Brooklyn Dodgers opened their 1949 season at home against the New York Giants. While the Dodgers and Giants were squaring off in Brooklyn, the singer and civil rights activist Paul Robeson was in Paris. Robeson had been invited to address a group called the World Congress of Partisans for Peace. Robeson was a singular figure in American history. His father had escaped slavery on the Underground Railroad. Robeson was one of the country’s greatest athletes (a back-to-back all-American football player at Rutgers), a first-rate thinker (he worked his way through Columbia Law School while playing pro football), and a superstar entertainer whose mere presence on the playbill could sell out a Broadway show for months on end.

But as he became more radical in his politics and assertive in his activism, he also became a target of anti-Communist politicians and media outlets. HUAC members had him in their sights.

In Paris, Robeson sang solidarity songs, and he delivered off-the-cuff remarks for an adoring audience. However, before Robeson actually spoke, the Associated Press correspondent at the event had already filed a dispatch home. The story would be published in the following day’s papers, and one of the quotations in it would be life changing: “It is unthinkable that American Negros would go to war on behalf of those who have oppressed us for generations against the Soviet Union which in one generation has lifted our people to full human dignity.”

These words were never uttered by Robeson. Historians have since proven as much. But it was too late. Quickly, civil rights groups, including the NAACP, were falling all over themselves to condemn him. And just as quickly, HUAC took notice. After all, what could be less American than Paul Robeson saying that it would be “unthinkable” to go to war on behalf of the United States against its greatest global enemy? And who better to disavow such an absurd notion than Jackie Robinson?

Robeson’s comments were troubling to Jackie, whose politics ran toward the conservative side. At the same time, Robeson was a man who deserved the benefit of the doubt. Robeson’s experience as a barrier-breaking stage star was not so different from Jackie’s as a ballplayer. In fact, Robeson had even worked to integrate baseball before Jackie initially signed with the Dodgers.

“I was not sure about what to do,” Jackie wrote in his autobiography. “Rachel and I had long talks about it. She felt I should follow my instincts. I didn’t want to fall prey to the white man’s game and allow myself to be pitted against another black man. I knew that Robeson was striking out against racial inequality in the way that seemed best to him. However, in those days I had much more faith in the ultimate justice of the American white man than I have today.”

On the morning of July 18, just six days after he played in his first All-Star Game, Jackie appeared before HUAC in Washington, D.C. The gallery was jammed. Surrounded by photographers, Jackie sat at a heavy wooden table. He said that he was “an expert at being a colored American, with 30 years experience at it.” He said that if Paul Robeson had indeed made such statements, “it sounded very silly to me.” He said that no one man—not Paul Robeson and not Jackie Robinson—could speak for fifteen million. But beyond that, he said that this whole hearing, this whole spectacle, was beside the point:

Of course, nobody listened to that part.

In the wake of Jackie’s testimony, Robeson was blacklisted from mainstream theaters and concert venues. His records were banned from stores. The FBI confiscated his passport, which prevented him from touring internationally. Despite the fact that he was still beloved by millions, he was erased from mainstream public life.

Robeson never blamed Robinson for his fate. “Dad wasn’t surprised that Jackie Robinson, the first black player in baseball, would be called down to make a statement denouncing Paul Robeson,” Robeson Jr. said. “As a matter of fact, he told me that if Jackie had refused and forced them to subpoena him, he would have never had a baseball career.”

Both men were caught in the same trap. It was just that at the time, Robeson had a better understanding of its scope. In 1953 Robeson wrote an open letter to Jackie that made no mention of HUAC. Instead of rehashing, Robeson encouraged Jackie to embrace the fight: “People who ‘beef’ at those of us who speak out, Jackie, are afraid of us. Well, let them be afraid. I’m continuing to speak out, and I hope you will, too.”

Toward the end of his life, Jackie would come to think differently about his testimony before HUAC. It was one of many political choices he reconsidered: “I have grown wiser and closer to painful truths about America’s destructiveness. And I do have an increased respect for Paul Robeson who, over the span of that 20 years, sacrificed himself, his career, and the wealth and comfort he once enjoyed because, I believe, he was sincerely trying to help his people.”

This article has been adapted from Stealing Home: Los Angeles, the Dodgers, and the Lives Caught in Between by Eric Nusbaum. Copyright © 2020. Available from PublicAffairs, an imprint of Perseus Books, LLC, a subsidiary of Hachette Book Group, Inc. 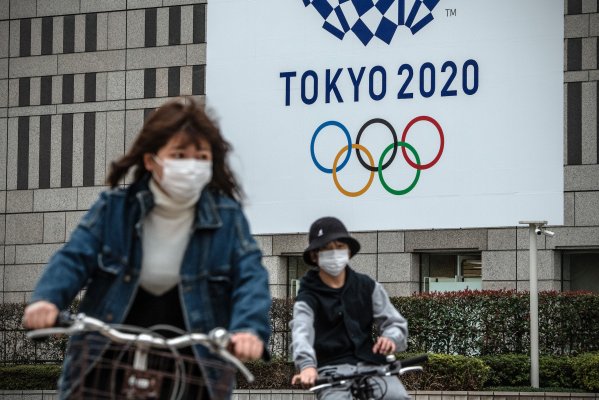 Have the Olympics Ever Been Canceled?
Next Up: Editor's Pick