Since the virus was identified for the first time in people who fell ill with pneumonia-like symptoms in Wuhan, China, last December, the World Health Organization has declared this coronavirus outbreak, named 2019n-CoV, a public health emergency of international concern. In just over a month, more 11,000 people have tested positive for the virus in 18 countries, and more than 250 have died.

When it comes to infectious diseases like this one, vaccines are the strongest weapons that health officials have. Getting vaccinated can protect people from getting infected in the first place, and if viruses or bacteria have nowhere to go, they have no way to spread from person to person.

The problem is, vaccines take time to develop. Traditional methods, while extremely effective in controlling highly contagious diseases like measles, require growing large amounts of virus or bacteria, which takes months. Those microbes then become the key element in a vaccine — the so-called antigen that alerts the human immune system that some foreign interlopers have invaded the body and need to be evicted.

However, researchers at Moderna Therapeutics, Cambridge, Mass., have developed a potential shortcut to this laborious process that could shorten the time it takes to develop vaccines against ongoing outbreaks like the current coronavirus. They’re turning the human body into a living lab for churning out the viral red flags that activate the immune system.

Vaccines essentially give the immune system a crash course in recognizing and rallying defenses against disease-causing microbes like bacteria or viruses. They do this by priming the immune cells with a taste of what they’re supposed to recognize — in some cases vaccines contain killed or compromised bacteria or viruses that aren’t able to cause disease, but still set off alarms to the immune cells that they are foreign and unwelcome intruders. Once the body sees these microbes, they can make antibodies that mark them for destruction, and these antibodies remain as sentries for recognizing future invasions by the same microscopic marauders.

Other vaccines educate the immune system by simply exposing immune cells not to the microbes themselves, but only the proteins that the viruses or bacteria make; enough of these foreign proteins can also prime immune cells to recognize them as unwelcome.

Researchers at Moderna hot wired this process by packing their vaccine with mRNA, the genetic material that comes from DNA and makes proteins. Moderna’s idea is to load its coronavirus vaccine with mRNA that codes for the right coronavirus proteins and then inject that into the body. Immune cells in the lymph can process that mRNA and start making the protein in just the right way for other immune cells to recognize them so they can mount a response against an actual viral infection. Dr. Stephen Hoge, president of Moderna, explains that “mRNA is really like a software molecule in biology.” “So our vaccine is like the software program to the body, which then goes and makes the [viral] proteins that can generate an immune response.”

Because this method doesn’t involve live or dead viruses, it can be scaled up quickly — a necessity as new diseases emerge and work their way quickly through unprotected populations.

And there are health benefits to this strategy as well. “One of the things that we are able to do with an mRNA vaccine is more closely mimic what it means to get a viral infection,” says Hoge. “The way the body processes the viral protein can and often is very different from the way it processes the same protein made in a stainless steel tank. So one of the theoretical advantages of putting mRNA in a vaccine is that the body then makes the viral protein in the exact same way the virus would have instructed the host to do.”

The first step in developing this vaccine, which is being funded by the Coalition for Epidemic Preparedness Innovations, was deciding which proteins made by the 2019-nCoV virus should be included in the vaccine. Chinese scientists publicly posted the genomic sequence of the newly identified coronavirus on Jan. 10, so from that, researchers at the NIH settled on a genetic snippet that coded for proteins they believed were most likely to alert and trigger alarms for the human immune system. When they sent the team at Moderna their picks, scientists at the company began writing the genetic ‘software’ for their vaccine — in the form of the mRNA instructions that the human body’s cells would need to make the coronavirus protein. To be safe, the team picked a leading viral protein to seed a vaccine, and six backup proteins as well.

That process is ongoing, as the team works to continuously debug the software, ensuring that the final mRNA product is as biological stable and reliable as possible. Within a few weeks, when a satisfactory mRNA is made, it will become the key component of the vaccine that’s developed to test in people. Then, says Hoge, “we will be more deliberate and careful in all of the manufacturing steps to make sure we’re doing it in a high-quality way because at the end of the day, this is going to go into humans.”

If the vaccine is effective in generating strong immune reactions against this coronavirus, it could serve as a template for other vaccines against as-yet unknown coronaviruses that might emerge in coming decades. That’s because once the scientists know the genetic makeup of a virus, they can pick out the specific proteins it uses to make people sick, and create the mRNA coding for that protein to put into a vaccine. “Fundamentally and conceptually, it would not be a big deal to do that, says Fauci. “We would be ahead of the game.” 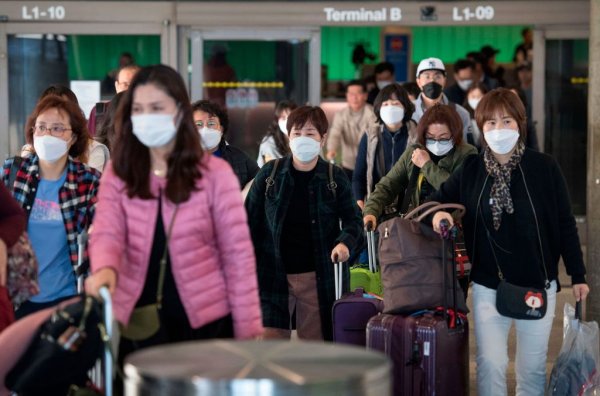 U.S. to Deny Entry to Foreign Nations Who Have Been in China
Next Up: Editor's Pick