One of the World Health Organization’s top officials in charge of fighting the coronavirus pandemic has a stark warning for millennials and other young people about the threat of COVID-19 amid reports that some are shrugging off pleas from health officials to stay home.

“This is one of the most serious diseases you will face in your lifetime, and recognize that and respect it,” Dr. Bruce Aylward, senior adviser to the Director-General of the World Health Organization (WHO), told TIME via telephone on Thursday from his office in Geneva.

While the risks of severe complications or death are much higher for older people and those with underlying health conditions, Aylward says COVID-19 is more dangerous for young people than many realize.

“One of the things that terrifies me now is, as this is spread in the west is, there’s this sense of invulnerability among millennials,” he says.

(The age range of the millennial generation varies, with some sources defining it as 1981 to 1996, though the U.S. Census has said it includes those born between 1982 and 2000.)

“We don’t understand why some young healthy people progress to severe disease and even die, and others don’t,” he says. “Never, never underestimate a new disease, there’s just too much unknown.”

Aylward’s warning comes on the heels of the release of a preliminary analysis on Wednesday by the Centers for Disease Control and Prevention (CDC) that suggests 38% of coronavirus patients in the U.S. who were sick enough to be hospitalized were under the age of 55.

“Ten percent of the people who are in ICUs in Italy are in their 20s, 30s or 40s, these are young, healthy people with no co-morbidities, no other diseases,” he says.

The doctor, who lead a joint WHO-China mission into China in February to study the effectiveness of the coronavirus response in the country, says frontline doctors there couldn’t pinpoint what factors were leading the virus to kill some young people. “They said, ‘We simply don’t know.'”

“There are concerning reports coming out of France and Italy about some young people getting seriously ill, and very seriously ill in the ICUs,” Dr. Deborah Birx, the response coordinator of the U.S. coronavirus task force, warned at a White House news conference on Wednesday.

President Donald Trump reinforced her warning during the press conference. “We don’t want them gathering, and I see they do gather, including on beaches and in restaurants, young people. They don’t realize, and they’re feeling invincible,” he said.

The president’s comments came as some have ignored health officials calls for people to avoid crowds and stay at home. Some young people are capitalizing on cheap airline tickets to travel, despite a CDC warning that “crowded travel settings, like airports, may increase chances of getting COVID-19. Police vehicles had to be deployed to clear partiers from New Orleans’ famed Bourbon Street. And Florida beaches were packed with spring breakers this week.

“If I get corona, I get corona,” one spring breaker in Miami told Reuters. “At the end of the day, I’m not going to let it stop me from partying…We’ve been waiting for Miami spring break for a while.”

Despite warnings from government officials take caution and self distance because of coronavirus, many college students, some from Coastal Carolina University, hang out on the beach at 65th Avenue North in Myrtle Beach, S.C. on March 19, 2020.
Jason Lee—The Sun News/AP

But Alyward cautions that even if the virus causes only mild symptoms in a majority of people who become infected, the long-term health implications may be serious. According to one recent study by the Hong Kong’s Hospital Authority on released patients, some of those who recover from the virus are left with 20 to 30% reduced lung function and suffer from shortness of breath from just walking quickly.

He also urges young people to consider the role they play in stopping the virus, which spreads by close contact and through respiratory droplets produced when an infected person coughs or sneezes.

“You are not an island in this, you are part of a broader community, you are part of transmission chains, if you get infected you are making this much more complicated and you are putting people in danger, not just yourself,” he says.

And while there remain many unknowns about COVID-19, Aylward says that there is one thing that’s for certain: “What we do know is it will kill young people, it will make young people sick in large numbers. You’ve gotta respect this.” 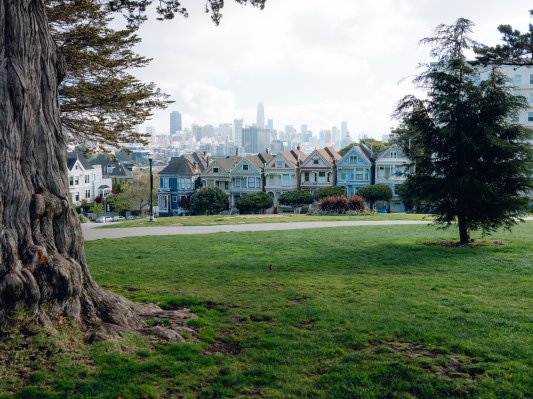 The Best Way to Love Your Neighbor Right Now Is to Stay Home
Next Up: Editor's Pick