Kevin Durant is one of four Brooklyn Nets players confirmed to have tested positive for the coronavirus on Tuesday. TIME confirmed Durant’s positive COVID-19 test with a representative for the all-star basketball player.

Durant reportedly told Shams Charania, a sports journalist for The Athletic and Stadium, that he is feeling fine. He does not have symptoms, according to tweets Charania sent out on Tuesday. “Everyone be careful, take care of yourself and quarantine. We’re going to get through this,” Durant reportedly said.

The Brooklyn Nets said in a statement on Tuesday that all four players are currently isolated and being taken care of by team physicians; one has symptoms, while the other three are asymptomatic.

The organization said it would notify anyone who has had “known contact with the players, including recent opponents” and that “all players and members of the Nets travel party are being asked to remain isolated, closely monitor their health and maintain constant communication with team medical staff.”

New York City Mayor Bill de Blasio wished the four players a “speedy recovery” but took issue with tests being more freely available for the team than for critical ill patients. The Nets reportedly paid a private company to conduct the tests.

“With all due respect, an entire NBA team should NOT get tested for COVID-19 while there are critically ill patients waiting to be tested,” de Blasio said. “Tests should not be for the wealthy, but for the sick.”

With additional reporting from Sean Gregory 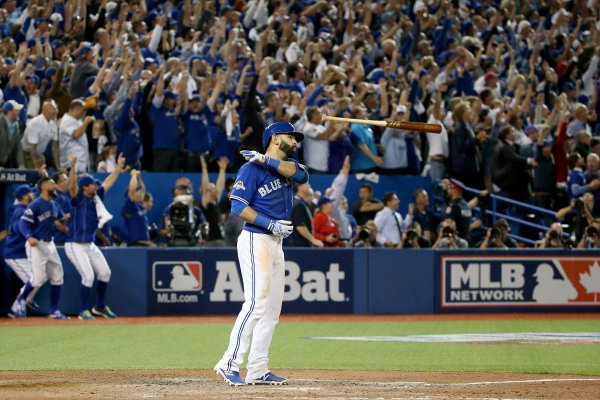 10 Classic Sporting Events ESPN Should Air to Fill Its Programming Void
Next Up: Editor's Pick